Urban numbers
8.27 million Brazilians living in risk areas (approximately 9%). However, only 30.6% local governments adopt and implement strategies for disaster risk reduction (2013/2018)
41.4% of the urban population lives in informal and precarious settlements and inadequate housing (2010).
Rio de Janeiro is the 8th most vulnerable city in the world and São Paulo the 12th.

The Urban Circuit featured dialogues between Brazil and Lusophone Africa 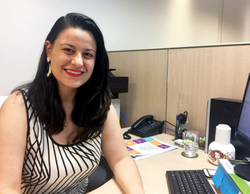 "By participating in the project 'Public Responsibility Systems to measure, monitor and inform about sustainable urban policies in Latin America', the Municipality of Niterói has benefited in several ways. I would highlight the opportunity to exchange projects related to transparency, participation and sustainability with cities in Peru and Bolivia, the support of UN-Habitat team to carry out the linkage of the strategic planning of Niterói to the SDGs and the support to the creation of an innovation lab within our School of Government and Management."

Perspectivas para o Meio Ambiente Urbano. GEO Beberibe is the result of of this municipality on urban and environmental issues and the continuous transformations of the city and the population through its history.

Report of a project coordinated by the Municipality of Rio de Janeiro between 2011 and March 2017, and is a guide to the content of the six booklets and a summary of the methodology and tools developed and applied by the program: mapping of public spaces, panoramas, portraits and records of…