Urban numbers
5.1 million out of 40.5 million of the population (12.6 per cent) consists of Internal Displaced Persons (IDPs), refugees from neighbouring countries and returnees.
The refugee population in Sudan more than doubled in 2017, reaching 906,600 at the end of the year.
848,091 South Sudanese refugees in Sudan (additional sources estimate that there are 1.3 million South Sudanese refugees in Sudan; however, data requires verification).
Image 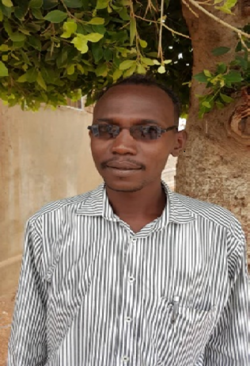 “After rehabilitation work by UN-Habitat, Um Labasa Rural Hospital has helped us and saved many lives. When the hospital was closed, we used to travel big cities. The travel was not easy especially during the rainy season when the roads are blocked.”

The Government of Norway & UN-Habitat Partnership Profile in Sudan 2019

Blue Nile State is one of the states affected by long conflict in Sudan. It suffers from all the classical symptoms related to people’s displacement and rapid urbanization, such as high rate of unemployment among youth, and high prevalence of insecurity. Since 2015, UN-Habitat has improved a decent…

The Darfur region in Sudan stands out as a good example of the socioeconomic consequences a conflict can have on a territory and its basic resources, including the natural environment, human settlements at large and urban areas in particular. How best to identify and entrench the fresh spatial…

The Government of Qatar & UN-Habitat Partnership Profile in Sudan 2019

Land has always been central to the outbreak and escalation of conflicts between the different livelihoods groups in Darfur. In the partnerships with the Government of Qatar, UN-Habitat implemented the project in 51 villages in five Darfur States to secure the land tenure for the returned IDPs.

The conflict in Darfur destroyed a large number of health and public facilities which obstructs the voluntary return of IDPs. UN-Habitat has been working on construction work in Darfur with the support of USAID, Swiss Agency for Development and Cooperation, Government of Japan, Government of Qatar…

The Human Rights-Based Approach and rule of law has been taking into account for ensuring social and political sustainability. In all the project, UN-Habitat observe and conduct simple questionnaires to monitor the human rights through a part of public consultations and closely communicate with the state governments.

Due to the conflicts and tribal disputes, women remain in a vulnerable condition in Sudan. UN-Habitat is committed to increase gender equality and support the empowerment of women. Gender mainstreaming is assured through involvement and consultation with host communities and community leaders, as well as the involvement of female stakeholders for the implementation of the entire projects.

Employment opportunities particularly for youth and women are very rare in Sudan. UN-Habitat engages youth and women in the job training on producing Stabilised Soil Blocks (SSB) that creates capacity of the people to develop self-help housing construction and basic sanitation facilities.