Rio de Janeiro, Brazil, June 2020 – Some 2,500 vulnerable and sick older people living in the slums of Brazil’s largest city, received hygiene kits to support them during the COVID-19 pandemic. The Social Territories Programme, implemented by the City of Rio de Janeiro, with the support of UN-Habitat, organized the distribution of the kits in 10 informal settlements known as favelas.

The kits, which include sanitizer, liquid soap, deodorant, shampoo and toothbrushes, donated by UNICEF, the United Nations Children's Fund, were given to older vulnerable people, those who are bedridden and with heart problems in Alemão, Maré, Chapadão, Pedreira ,Vila Kennedy, Lins, Penha, Cidade de Deus, Jacarezinho and Rocinha. The materials were distributed alongside food baskets of staple goods.

The delivery and distribution was supported by professionals from the health department of the municipality of Rio de Janeiro. The selection of those eligible to receive assistance was made using data produced under the Social Territories Programme during which UN-Habitat Brazil has organized community data gathering to ensure the poorest and most vulnerable receive assistance.

All the elderly, sick and bedridden people who received the kits continue to be monitored by the programme over the phone during the pandemic. 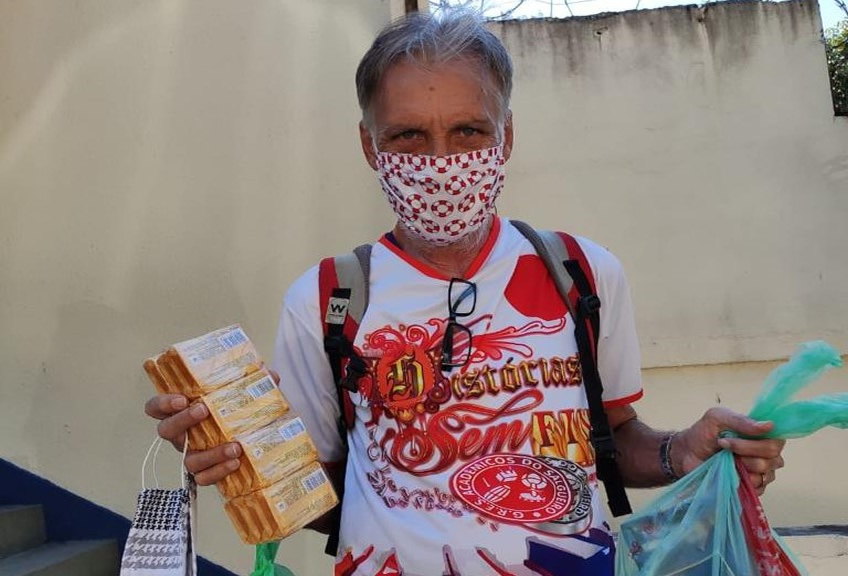 Since last year UN-Habitat has worked with the city of Rio de Janeiro on the Social Territories Programme to identify the vulnerable families living in the favelas. UN-Habitat hired 66 field agents, mostly women, from the city’s 10 largest slums who visited over 117,000 households between July 2019 and March 2020 to carry out interviews.

As a result some 25,000 families were identified as being the most vulnerable and during the COVID-19 pandemic, they are being monitored, and supported. About 8,000 families have been visited by health workers and approximately 4,000 have been provided with social assistance.

Since the pandemic, the team can no longer make field visits, but they have made over  6,100 phone calls to families in extreme poverty monitored by the programme including all those who received the kits.