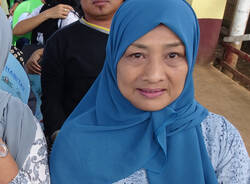 “We see the efforts and sincerity of all agencies and organizations that made [Rebuilding Marawi Shelter and Livelihood Project] possible. In return, we will do our best and our part to build a new peaceful, better community”

Against the background of pressing urban issues, the Philippine Government prepared its national report for the Habitat III Conference held in Quito, Ecuador, on October 2016, and to contribute to and inform the conference’s outcome document and framework, the New Urban Agenda.

The NUDHF provides an overarching framework for urban development and housing, consisting of a vision, policy statements and strategies, and encompassing core development sectors and spatial elements.

Financing for Resilient and Green Urban Solutions in Cebu, Philippines

This report: Financing for Resilient and Green Urban Solutions in Cebu, Philippines examines the status of housing and urban infrastructure and how much investment
is needed. The assessment particularly considered the status of housing finance instruments and costs, as well as the roles of...

This publication documents and draws lessons from the Philippines' experience in implementing alternative approaches in securing tenure for the urban poor. It also explores how these approaches can be institutionalized and ensure sustainability.

Innovative Urban Tenure in the Philippines

This technical publication documents and draws lessons from the Philippine's experience in implementing alternative approaches in securing tenure for the urban poor.

The Sorsogon Climate Change Assessment examines the climate change impacts, vulnerability and adaptation capacity of a small coastal city in the Philippines - Sorsogon City in the Bicol Region.

Assists the displaced and households who cannot afford housing or land secure their right to adequate housing and right to the city exploring the spectrum of security of tenure and helping create the institutional linkages and modalities that enable shelter provision through this spectrum.

In shelter recovery, women-headed households are one of the prioritized groups for beneficiary selection and capacity development. Gender aggregated data is also consistently monitored to assess and promote gender parity in all other interventions. Most of the community groups (homeowners associations) organized for UN-Habitat projects are women-led and have active participation by women.

Youth are actively engaged in the design of public space, resilience building, and urban policy discussions through a range of thematic outreach events whether or not the youth are direct targets of projects at any given time. Family-based Actions for Children and their Environs in the Slums (FACES) pioneered the localization of the MDGs targeted at children in the slums in 15 pioneering cities in 2008.  FACES has since been replicated by the national government to all cities in the Philippines and is now on its second phase to localize the SDGs.

Public spaces take into account the needs of the PWDs as part of the inclusion principles of urban design projects.