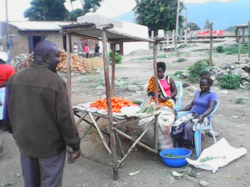 Nowadays, over 75% of the world’s energy generation is consumed in urban areas alone and more than half of that is consumed in buildings. This has a major impact on our environment and contributes to climate change.

UN-Habitat is responding to a growing volume of requests from both national and local governments to help them prepare for, prevent, respond to and recover from the COVID-19 pandemic. Building on more than 40 years of urban experience, much of it in humanitarian situations, we are focusing on the…

As part of the stakeholder engagement activities for the Kalobeyei Infrastructure Corridor Development Plan, in Turkana County, Kenya, UN-Habitat and partners organized a workshop on “Mobilizing Investments”, which plays a critical role for the plan to be realised. The findings of the workshop are…

Men and women, boys and girls experience cities in very different ways, and face various challenges and needs that cities have to address. UN-Habitat promotes the stronger commitment of national and local governments as well as other relevant stakeholders to work towards the realization of a world in which men and women are recognized as equal partners in development and enjoy equal human rights so that economically productive, socially inclusive and environmentally sustainable cities and other human settlements can be achieved more rapidly, completely and sustainably.

#GetYourHousingRight: An Accessible Guide To The Right To Adequate Housing