47 percent of the Mongolia population is currently living in Ulaanbaatar- the capital city. 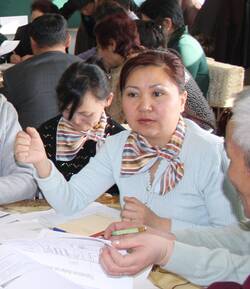 This Guideline is one of three Urban Development Guidelines that seek to respond to overlying issues in each of the Ger areas in Ulaanbaatar, integrating lessons learnt from past interventions and initiatives, and providing a support framework for dealing with the current challenges of urban… The Guidelines for Middle Ger-area Upgrading address the urgent need for the incremental upgrading and provision of basic urban services in middle Ger areas. The major challenge in middle Ger areas is to make more efficient use of land resources and improve distribution of infrastructure and basic…