Impact
Infrastructure and services deficit mapped in around 150 informal settlements to orientate public policies.
More than 700 thousand inhabitants benefited from municipal actions in 208 communities in Rio de Janeiro, as a result of data-oriented public policies with a territorial and integrated perspective.
Over 40 municipalities and 1 state in Brazil had their City Prosperity Index (CPI) calculated.
Urban numbers
8.27 million Brazilians living in risk areas (approximately 9%). However, only 30.6% local governments adopt and implement strategies for disaster risk reduction (2013/2018)
41.4% of the urban population lives in informal and precarious settlements and inadequate housing (2010).
Rio de Janeiro is the 8th most vulnerable city in the world and São Paulo the 12th.
Image 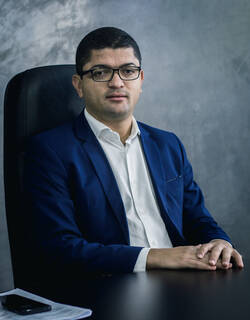 “Building an official database with quality and disaggregated information on informal settlements in the “grotas” (slums) in Maceió is a challenge that the state of Alagoas needs to overcome. The Quick Participatory Mapping methodology is a major contribution of the project implemented by UN-Habitat in our state. It will provide local public servants with information to promote an evidence-based agenda of public policies in line with the pursuit of the Sustainable Development Goals (SDGs), as well as their targets and indicators.”

Fabrício Marques Santos, Secretary of Planning, Management and Estate at the State of Alagoas

The New Urban Agenda represents a shared vision for a better and more sustainable future. If well-planned and well-managed, urbanisation can be a powerful tool for sustainable development for both developing and developed countries.

During the World Urban Forum in Abu Dhabi in February 2020, representatives from Urban-LEDS cities, countries, the Adaptation Fund and the Coalition for Urban Transitions joined together to explore good practices in vertical and horizontal integration of climate change. Read the full story here.

Objetivos de Desenvolvimento do Milênio: Municípios do Conleste, Linha base 2000-2006.

This publication presents the situation of the eleven municipalities of the Eastern Consortium Fluminense (Conleste) in relation with the MDGs.

The territorial dimension of the human right to adequate housing and the right to an adequate standard of living (Article 11.1 International Covenant on Economic, Social and Cultural Rights) is of central importance for the enjoyment of other economic, social and cultural rights in cities. This is why UN-Habitat puts those human rights at the core its projects in Brazil.

Additionally, the Brazilian Constitution establishes national social rights such as “education, health, food, work, housing, leisure, security, social assistance, protection to maternity and childhood, assistance to the vulnerable” (Article 6 of the 1988 Federal Constitution). Moreover, the City Statute, drawn up by in 2001, promotes "the full development of the social functions of the city [to] guarantee the well-being of its inhabitants" (Article 182). This legislation is guided by the objective of allowing that every inhabitant may enjoy all the benefits of urban benefits and opportunities equally and without discrimination.

This legal-urban framework is an enabler for the work of UN-Habitat in the country since it recognizes the social function of land and promotes the provision of land access and equity in urban areas.

Women Safety Audits, an UN-Habitat methodology focused on the reflections on the specificities of the experience of urban violence experienced by women, was applied to the urban security dimension of the project in Alagoas. The audits identified the factors that lead to insecurity among women to later make a diagnosis about these conditions and transform it into a tool to claim for specific policies.

By adopting the methodology of Block by Block, that uses the game Minecraft for participatory planning of public spaces, children, young people and elderly participated in workshops in 3 cities in Brazil and helped build a proposal for the reform of these selected public spaces. This allowed for the inclusion of diverse perspectives and demands from the community for the same space.

The Urban Circuit featured dialogues between Brazil and Lusophone Africa

Third Multilevel Dialogue on the climate agenda brings together national and local governments, and civil organizations

Opinion Piece by UN Women and UN-Habitat: Spotlight on Gender

COVID-19 exposes the harsh realities of gender inequality in slums

+ View all news and stories
+ Learn more about Brazil