New York 1 October 2015—Last Friday at the United Nations Sustainable Development Summit, world leaders adopted the 2030 Agenda for Sustainable Development. The milestone of this is a set of 17 Sustainable Development Goals (SDGs) to end poverty, fight inequality and injustice, and tackle climate change by 2030. Also known as the Global Goals, the SDGs will build on the Millenium Development Goals (MDGs), which were eight anti-poverty targets that the world committed to achieving by 2015. The MDGs, adopted in 2000, aimed at an array of issues that included slashing poverty, hunger, disease, gender inequality, and access to water and sanitation. Although great strides were made on the MDGs, it is envisaged that the SDGs would go much and address the root causes of poverty and the universal need for development that works for all people. Of particular importance to UN-Habitat is Goal 11 which seeks to “ Make cities and human settlements inclusive, safe, resilient and sustainable.” In his speech, UN Secretary General Mr. Ban Ki Moon stated that, “Cities are hubs for ideas, commerce, culture, science, productivity, social development and much more. At their best, cities have enabled people to advance socially and economically. However, many challenges exist to maintaining cities in a way that continues to create jobs and prosperity while not straining land and resources. Common urban challenges include congestion, lack of funds to provide basic services, a shortage of adequate housing and declining infrastructure. According to the Secretary General, the challenges cities face can be overcome in ways that allow them to continue to thrive and grow, while improving resource use and reducing pollution and poverty. The future we want includes cities of opportunities for all, with access to basic services, energy, housing, transportation and more. Some quick facts about cities:

Commenting on this, UN-Habitat Executive Director Dr. Joan Clos said the agency welcomed the progress that had been made since the adoption of the Millennium Development Goals and the increasing recognition of the vital role of urbanization in achieving sustainable development. “The world is rapidly urbanizing. Today, over half the global population lives in urban areas, which will accommodate an additional three billion people by 2050—70 per cent of the world’s population. Most of this growth will take place in developing countries. Cities are engines of growth and job creation. They are responsible for 80% of global GDP. And when they are well planned, well governed and well financed, cities can and do drive national economic growth. Indeed no country has ever reached middle-income status without proper urbanization,” he said. According to Dr. Clos, it was  critical to understand that good urbanization is not a passive outcome of growth but rather it is a driver of growth. When endogenous resources are unlocked, he added, a positive cycle of investment in infrastructure and services is unleashed and urbanization always generates economic value, though its value and costs are not always equally shared. “However, the advantages of urbanization are not guaranteed. Without appropriate legislation, good planning and adequate financing, cities can fail their populations. The problem that we face nowadays is that most of the new urbanization is spontaneous and unplanned. Therefore, instead of positive outcomes, it often yields negative externalities such as congestion, sprawl and segregation,” the Executive Director noted. Read the full statement here. 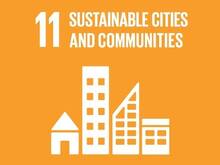 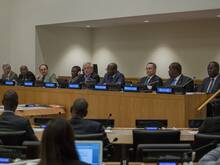