Launched in 2011, the Global Public Space Programme aims to improve the quality of public spaces worldwide. Public spaces have historically often been overlooked and undervalued by urban authorities but is increasingly being considered the backbone of cities. Public spaces are sites which are accessible and enjoyable by all without a profit motive and take on various spatial forms, including parks, streets, sidewalks, markets and playgrounds. Good public spaces enhance community cohesion and promote health, happiness, and well-being for all citizens.

They also enable cities to support a higher population density – a key element of the sustainable cities of the future. The programme works in more than 20 countries, including Bangladesh, India, Kenya, South Africa, Peru, Haiti, Kosovo and Mexico. The programme focuses mainly on cities in developing countries with high percentages of their population living in informal settlements. Primary partners are cities and local governments who are often tasked with the creation and management of public spaces on the local level.

Public space projects on the ground

A key element of the programme is to design and build high-quality public spaces in partnership with local governments. These physical spaces act as a catalyst for improving public space in the whole city, help improve the capacity of local institutions and communities and contribute to long-term change. In Nairobi, for example, UN-Habitat funded the Nairobi City County government to implement two public space projects.

Following these projects, the County government committed to improving another 60 public spaces without UN-Habitat financing. In order to engage in a project, UN-Habitat requires the local government to have identified suitable spaces, clarified ownership rights, considered how the spaces have a city-wide impact, agreed to take part in democratic and participatory approaches to public space design and committed to deliver other public spaces as a way of scaling-up.

Despite its importance for sustainable city development, public space has not always been given the attention it deserves in literature and, more importantly, in policy and action at the local level. To plug this gap, UN-Habitat, in cooperation with institutional partners, has produced the Global Public Space Toolkit. The Toolkit is a user-friendly guide to provide cities, particularly those with high rates of demographic growth and limited financial resources, with ideas on how to improve public spaces, providing a practical reference to concretize principles, policies and development plans on public space.

In 2012, UN-Habitat entered into an innovative partnership with Mojang, the makers of the popular computer game Minecraft. Through the partnership, named Block by Block, UN-Habitat uses Minecraft to involve citizens, particularly young people, in the design of public spaces.

During five-day participatory design workshops, UN-Habitat and partners bring people together to visualize their public space ideas in Minecraft, and present these to city authorities and local government officials. Experiences from projects in Africa, Latin America and Asia show that Minecraft is a useful tool for increasing community participation in public space design.

It is easy to learn in comparison to traditional 3D modelling tools and quickly enables participants to become involved in the designing process, even if they previously have limited or no previous computer skills. The design of the game also encourages participants to focus on the use of the space, rather than getting bogged down in discussions around technical architectural detail.

The Network on Public Space

The Future of Places conference series 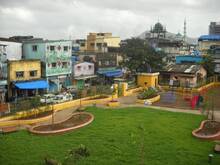 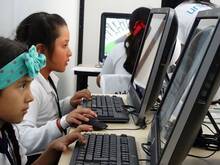