Nadi, 7 April 2015 - The fourth Pacific Urban Forum (PUF 4) has concluded with a stronger call to find sustainable solutions to the challenges of urbanization and its impact on towns, cities and urban centres in the Pacific region. The three-day event, held under the theme Towards a New Pacific Urban Agenda: Harnessing Opportunities in a Post-2015 Environment, took place in Nadi, Fiji in preparation for the next United Nations Conference on housing and sustainable urban development, Habitat III in 2016 in Quito, Ecuador.

The Forum this year continued to build on the work that began in 2003 with the development of the Pacific Urban Agenda (PUA) which was endorsed by regional leaders in 2005 for inclusion in the Pacific Plan – a master strategy for strengthening regional cooperation and integration in the Pacific. The three-day meeting focused on the theme: ‘Towards a New Pacific Urban Agenda: Harnessing Opportunities in a Post-2015 Environment’ and was facilitated by UN-Habitat and the Commonwealth Local Government Forum (CLGF) Pacific.

Following the programme of the Forum, structured across four main areas of development, namely Social Equity, Urban Economy, Environment and Governance, participants addressed the specific needs and challenges of the Pacific region in the process of rapid urbanization.

Key priorities identified were the upgrading of informal settlements and access to safe and affordable housing for all, provision of basic infrastructure and services, building urban resilience to climate risks and other shocks, enhancing rural-urban linkages, addressing gender inequalities, job creation and strengthening capacity for urban governance, planning, management and data collection and analysis.

Participants were also given the opportunity to host innovation booths to showcase their organizations and work, as well as to provide case studies from the field on various urbanization related projects. The forum came as the Solomon Islands announced the development of the country’s first urbanization policy which will aim to manage and control the rate of urbanization in urban centres and support urban and rural dwellers in building affordable housing.

In 2003, no Pacific country had an urbanization policy. Now five countries - Papua New Guinea, Samoa, Fiji, Tonga and the new inclusion of the Solomon Islands - have these important policies in place.

Urban challenges at the centre of Pacific development

This was clear as the Forum took place amidst the coordinated efforts to respond to the effects of Cyclone Pam which had hit and caused catastrophic damage to Vanuatu together with other ripple effects of storm surge waves felt in the neighboring countries of Kiribati and Tuvalu. In line with the Habitat III process of engagement which makes national and regional urban forums instrumental to country participation, the PUF 5 outcomes document will also constitute valuable inputs to the Asia-Pacific region preparations towards Habitat III ahead of the formulation of a new global urban agenda for the next 20 years. 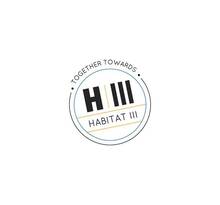