New York 18 May 2016— The new global flagship report on sustainable urban development launched by UN-Habitat on Wednesday, states that a New Urban Agenda is needed to unlock the transformative power of cities. The World Cities Report 2016, Urbanization and Development: Emerging Futures, says that the top 600 cities, with 1/5th of the world’s population, produce 60 per cent of global GDP. However, when unplanned and unmanaged, urbanization can lead to increased inequality, the growth of slums and disastrous impacts on climate change, according to the report.

UN-Habitat Executive Director, Dr Joan Clos, said: “In the twenty years since the Habitat II conference, the world has seen a gathering of its population in urban areas. This has been accompanied by socioeconomic growth in many instances. But the urban landscape is changing and with it, the pressing need for a cohesive and realistic approach to urbanization. “A New Urban Agenda is required to effectively address the challenges and take advantage of the opportunities offered by urbanization,” said Clos. The changing urban landscape As the urban population increases, the land area occupied by cities is increasing at a higher rate. It is projected that by 2030, the urban population of developing countries will double, while the area covered by cites could triple.

Such urban expansion is wasteful in terms of land and energy consumption and increases greenhouse gas emissions. The urban centre of gravity— at least for megacities has shifted to the developing regions. In 1995, there were 22 large cities, and 14 megacities globally; by 2015, both categories of cities had doubled, with 22, or 79 per cent of the megacities located in Latin America, Asia and Africa. The fastest growing urban centres are the medium and small cities with less than one million inhabitants, which account for 59 per cent of the world’s urban population.

Urban areas around the world are facing greater challenges than they did 20 years ago when Habitat II Conference took place. The persistent urban issues include the growing number of urban residents living in informal settlements and the challenge of providing urban services. The emerging urban issues include climate change; exclusion and rising inequality; rising insecurity; and upsurge in international migration. Between 1950 and 2005, the level of urbanisation increased from 29 per cent to 49 per cent, while global carbon emissions from fossil-fuel burning increased by almost 500 per cent. This growth is obviously unsustainable.

Cities account for between 60 and 80 per cent of energy consumption, and generate as much as 70 per cent of the human-induced greenhouse gas emissions primarily through the consumption of fossil fuels for energy supply and transportation. Urbanization offers many opportunities to develop mitigation and adaptation strategies to deal with climate change especially through urban planning and design. At the same time, the upsurge in forced migration across international borders is an emerging issue which has implications for cities. The war in Syria has given rise to the largest humanitarian crisis since World War II. In 2015, more than 1.5 million forced migrants and refugees arrived in Europe compared to 280,000 in 2014.

Despite growing negative public perception of migrants and refugees, previous experience of refuge crisis shows that migrants can, eventually become valuable contributors to the economic and social development of countries. A major emerging urban issue capable of undermining the long-term sustainability of cities worldwide concerns insecurity and increasing risk. The fear of crime and violence continues to be pervasive in cities. New and pervasive risks affecting cities include terrorism, urban warfare, heightened securitization, and disease and pandemics.

With the United Nations Conference on Housing and Sustainable Urban Development, Habitat III, taking place in Quito, Ecuador, in October 2016, we have a unique opportunity to set the urban agenda on the path to prosperity and equitable growth. The report calls for a comprehensive approach to the New Urban Agenda which will be vital to success in achieving the Sustainable Development Goals as set out in the 2030 Agenda for Sustainable Development.

When well-managed, urbanization fosters social and economic advancement and improved quality of life for all.

The current model of urbanization is unsustainable in many respects. Many cities all over the world are grossly unprepared for the challenges associated with urbanization.

A new agenda is required to effectively address these challenges and take advantage of the opportunities offered by urbanization. 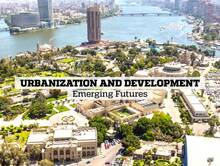 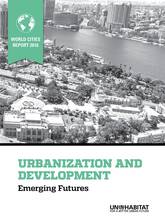