Monterrey, 15 September 2015—At the end of an international seminar recently held in Monterrey, Mexico, the participants came up with the lobby, the "Latin American Community of Urban Poverty Stakeholders". The Community is an open and voluntary network promoting the exchange of experiences on urban poverty and social inclusion. It is a joint initiative between the Ministry of Social Development of Mexico, the Global Fund for Cities Development, the World Bank and UN-Habitat. "The partners have requested UN-Habitat to take the lead in setting up the Community of Urban Poverty Stakeholders. It is a fabulous opportunity for us, just as the post-2015 Sustainable Development Goals are about to be released. It allows us to showcase effective approaches of the New Urban Agenda in [Latin America] that will be presented during Habitat III,” said the representative of UN-Habitat in Mexico, Erik Vittrup. The Community aims at developing strategies to address urban poverty and social inclusion. It also serves as a knowledge management tool and dialogue platform, promoting the exchange of experiences within the region. It also encourages partnerships between the public and private sector, universities and research centers, entities of organized civil society and NGOs. The launch of the Community was praised by several multilateral organizations as well as national and local authorities in Latin America and the Caribbean, whose representatives called for the establishment of regional strategies to combat urban poverty. In the short and medium term, the Community will establish an information platform and organize two regional meetings in 2016 and 2017. It will promote partnerships between national governments, municipalities, universities, research centers, social organizations, foundations, corporations and international organizations. Finally, it will present a publication that describes the processes and the obtained results. 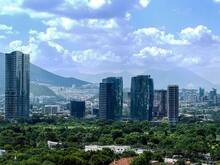