Nairobi, Kenya, 30 April 2015 - France, Japan, South Africa and Uganda co-sponsored the Resolution 25/6 of UN-Habitat Governing Council that approved the International Guidelines on Urban and Territorial Planning . The Resolution calls upon ‘international financial institutions, development agencies, and UN-Habitat to assist interested member States in using and adapting the Guidelines to their territorial and national contexts, where appropriate, and further developing tools and monitoring indicators’.

The Guidelines are a source of inspiration and a global reference framework that will inform the New Urban Agenda and the unfolding Sustainable Development Goals. The Guidelines will act as a compass for decision makers and urban professionals while developing urban and territorial planning frameworks. In the lead up to its approval, the Guidelines were discussed with a broader audience during two side events that gathered around 120 persons representing national and local governments, development partners, urban professionals, research and academia and civil society organizations.

The first side event was organized by the United Nations Centre for Regional Development (UNCRD) considered how the Guidelines can instill best practice in urban and territorial planning and foster engagement towards Habitat III. The second side event was organized by the Uganda, discussed the varying implementation strategies across the multi-scale continuum of planning, while looking at practical tools and services that can support the use and adaptation of the Guidelines.

Dr. Joan Clos Executive Director of UN-Habitat, stated that ‘urban planning is in crisis today, but that, the principles and recommendations contained in the Guidelines can help to tie together different objectives while pointing to the crucial questions of equitable and sustainable development’. The drafting of the Guidelines was supported by an Expert Group through a broad-based consultative and participatory process and based on evidence, good practices and lessons learnt from different contexts and at different planning scales .

The Experts were nominated by their respective national governments, associations of local authorities, associations of professional planners and international institutions, representing experience and practice from Africa, Asia, Europe and America. UN agencies and members of the Committee of Permanent Representatives at UN-Habitat were also consulted and briefed throughout the process of developing the Guidelines.

The process of drafting the Guidelines had benefited from the financial and technical contribution from the government of France through the Ministry of Foreign Affairs, the government of Japan through the Ministry of Land, Infrastructure, Transport and Tourism the Prefectural Government of Fukuoka, the Municipal Government of Fukuoka and Seinan Gakuin University in Fukuoka. The Guidelines complement the International Guidelines on Decentralization and Strengthening of Local Authorities (2007) and the International Guidelines on Access to Basic Services for all (2009), which were also adopted by the Governing Council of UN-Habitat and implemented in a number of countries. 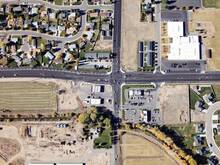