Nairobi 31 October 2018 - According to The Global Urban Competitiveness Report 2019: Global Value Chains a new report produced by UN-Habitat and the Chinese Academy of Social Sciences, Chinese cities entered the top ten ranking of global city competitiveness for the first time this year. Shenzhen in Guangdong province was ranked among the top five most economically competitive cities worldwide, with Hong Kong, Shanghai, Guangzhou and Beijing ranking among the top 20.

Urban competitiveness is a city’s ability to attract resources, expand markets, create wealth and provide adequate welfare for its citizens. A global sample of 1,038 cities was examined during the study which lists cities in high-income countries as most competitive. The report records strong progress by Chinese cities which are entering the global list of the 20 most competitive cities.

The report was presented by Professor Ni Penfei of the Chinese Academy of Social Science and Marco Kamiya, Coordinator of the Urban Economy Branch of UN-Habitat who noted that urban development should initially be driven by economic growth. He expressed optimism about the potential of Chinese cities to improve their sustainable competitiveness.  “Cities at the top of the list in sustainable development are all mature cities which have been in existence for more than 100 years. We expect Chinese cities to get to that point soon,” he said. 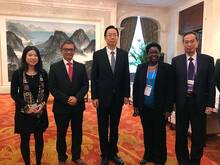 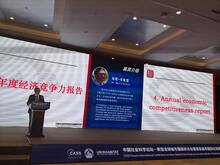