Tehran, 31 August 2015 – The Fifth Executive Board meeting of the Asian Mayors Forum has opened in Tehran at the Azadi Hotel.  The opening ceremony was attended by mayors of Asian cities, members of the diplomatic community and partners from international organisations. The Forum continues in Tehran and then moves to Qazvin, about 150 kilometres northwest of the capital.

Mayors and delegates from Afghanistan, Pakistan, Kyrgyzstan, Kazakhstan, Lebanon, Palestine, South Korea, Thailand, Jordan, China, India, Armenia, Iraq, Turkey and Bangladesh are participating in this meeting which aims to exchange views and explore effective solutions to common urban challenges.  In the Tehran/Qazvin meeting, the focus is on traffic and transportation as well as culture and urban tourism.

At the opening ceremony, Siamak Moghaddam, Chief of UN-Habitat’s Tehran Office, read the statement of United Nations Under-Secretary-General and Executive Director of UN-Habitat.

In the statement, Dr. Joan Clos, referred to the important and leading role of Asian Mayors in a continent which has the one of the fastest rates of urbanisation in the world, and stated that urbanization helped economic development as well as social well-being.  However, he acknowledged that cities face problems such as unbearable traffic congestion, air pollution, lack of basic services such as water and sanitation, vulnerability to floods, earthquakes and other disasters.

“Choose the future we want”

His advice to address these problems, he said, was simple: plan in advance of growth and migration.  The unbearable consequences of urbanization were not inevitable, he said: “We can choose the future we want”, adding that the mayors of some of the greatest cities in the world could lead the world in these choices.

In the statement, Dr. Clos noted that integration of public transportation with safer and more attractive facilities for walking and cycling would make the cities more vibrant and reduce the demand for travel. He pointed out that advancements in technology made it possible for cities to adopt “electric mobility” so that an increasing level of travel is undertaken on electric vehicles, including buses and bikes.  He referred to UN-Habitat’s “Urban Electronic Mobility Initiative” and invited the mayors to join and support this initiative.

UN-Habitat’s Urban Electric Mobility Initiative aims at electric vehicles making up 30 per cent of total urban travel by 2030 in the context of better urban planning and a transition to clean source of energy.

The Deputy Mayor of Istanbul, Mayor of Gaziantep (host of Asian Mayors Forum in 2016), Mayor of Haikou, Secretary-General of UCLG-MEWA and Mayor of Tehran were among the key speakers in the opening ceremony. 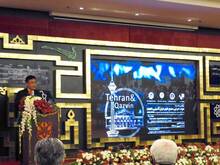 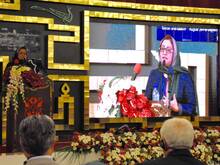