According to the report, in 2018 the region will mark a historic transition as more than half of its population is expected to then be living in urban agglomerations. The region’s urbanization involves unprecedented shifts in population. By 2040 a further one billion people will be added to the region’s cities. It is expected that by 2050 the urban population in Asia and the Pacific will reach 3.2 billion.

Asia and the Pacific is now home to 17 megacities - exceeding 10 million inhabitants each – a figure that will rise to 22 by 2030. In spite of the rising significance of megacities however, the vast majority of the region’s urban population still live in its rapidly transforming small and medium-sized cities, which deserve much greater attention and resources.

Dr. Shamshad Akhtar, Under-Secretary-General of the United Nations and Executive Secretary of ESCAP underscored that: “Urban demographics will magnify our challenges, as they accompany steeper growth in national outputs, which already outpace population growth. Growing demand will increase policy and resource pressures, as our cities will be home to a middle class of 2 billion people by 2050. We must, therefore, recognize the widening gaps that result from our current patterns of growth, and do what needs to be done to make cities more inclusive, safe, resilient and sustainable.”

The economic dynamism of the region’s urban areas has spurred a phenomenal rise in the size of middle classes, but growing inequalities should be of concern: the urban poor remain on the margins of recent growth, youth unemployment remains high, and too many of those living in cities are disadvantaged with respect to their rights. As urban living costs rise, it is becoming more difficult for the poor to access adequate housing and services. Widening disparities threaten to undermine social cohesion, and affordability is at a crisis point in many of the region’s larger cities.

The report further highlighted the immense environmental challenges facing the region’s cities. An increasing number of cities face liveability crises, evidenced by deteriorating air standards and water pollution. The region’s cities are also highly vulnerable to natural disasters and the impacts of climate change, with half of the region’s urban population currently living in coastal cities threatened by sea-level rise. Poor and disadvantaged communities are most at risk.

In view of these challenges, Dr. Akhtar emphasized: “The need for strong leadership and political commitment, both at the national and subnational levels, to gear up responses, learn and adapt from the region’s successful stories of urban transformations, and deploy innovation and newer technologies, strengthening local governance institutions and working more closely with private sector to manage urbanization.”

Today we are at cross roads: urban gaps may appear overwhelming and widening, but world leaders have called for collective and stepped-step up action to deliver on commitments made as part of the 2030 Agenda for Sustainable Development. Within this broad architecture, there is a dedicated Sustainable Development Goal, as well as a number of other Goals which support sustainable urban transformation.

The report emphasizes significant opportunities for the region if urbanization can be further harnessed to support national development efforts. Noting the critical role of local authorities, Dr.

Akhtar added: “Our region has demonstrated, in a range of cities, how sound leadership, sustainability and financial capacity can catalyze the essential change that we need. We must address the power-sharing gaps between local and central government; the financing gaps in local government budgets and investment; and the capacity gaps of local governments in promoting strategic and future-oriented urban planning.”

The report also made the point that informed decision-making will require an ‘urban data revolution,’ underpinned by accurate, relevant and real-time data.

Included in the report are expert think pieces, which highlight challenges and opportunities for the region in four key domains: mobility, social inclusion, sustainable cities and finance. 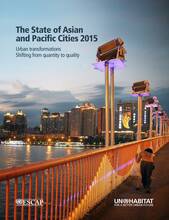 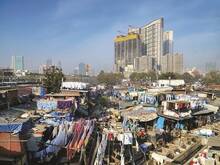 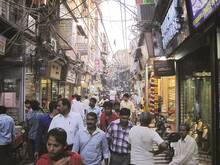