Nairobi, 10 May 2017—A new USD 11 million has been secured for the Participatory Slum Upgrading Programme to empower African, Caribbean and Pacific countries transform the living conditions of slum dwellers.

The Programme is an initiative of the Secretariat of the African, Caribbean and Pacific Group of States, funded by the European Commission and implemented by UN-Habitat. UN-Habitat estimates that an alarming one billion people living in slums worldwide, and if no action is taken – the number of people living in inadequate housing is estimated to grow to more than 3 billion by 2030.

The announcement was made during the twenty sixth session of the UN-Habitat Governing Council that is discussing opportunities for the effective implementation of the New Urban Agenda, a 20 year plan of action on housing and sustainable urban development. “I am delighted to celebrate and announce the third round of funding for the global Participatory Slum Upgrading Programme,” said Ambassador Léonard-Emile Ognimba, the Assistant Secretary General of Secretariat-African, Caribbean and Pacific Group of States. He further indicated that ‘ten million Euros will be used for 50 percent of the African, Caribbean and Pacific countries. Going forward, we would like to see the strengthening of community-led processes, and empowerment of local and national governments to build their financial and technical capacity to tackle the slum challenge.”

The funding covers the years 2017-2021 during which UN-Habitat is expected to leverage the USD 11 million and bring about the necessary change and transformation to end urban poverty in Africa, Caribbean and Pacific countries in a sustainable way. The funds are also meant to catalyse public resources through slum upgrading .At the international level, the European Commission is exploring the European Union blending a modality where national level banks and private sector are approached to finance slum upgrading initiatives.

“I can ensure you that UN-Habitat and the Participatory Slum Upgrading Programme are fit for purpose to implement in line with the Sustainable Development Goals (SDGs) and the New Urban Agenda. UN-Habitat will do its level best to leverage the catalytic funds and bring about the necessary change and transformation to end urban poverty in ACP countries in a sustainable way with a long-term vision,” said Mr. Raf Tuts, the Director of Programme Division, UN-Habitat. National and local authorities are also expected to co-finance the process. “The City of Dakar and my Ministry have signed contribution agreements totaling USD 300,000” stated Diène Farba Sarr, Senegal’s Minister of Urban Renewal, Habitat and Living Environment, while showing his Government’s engagement.

Cameroon’s contribution to slum upgrading was also highlighted. “My Government provided co-financing of USD260,000 for the implementation of tangible initiatives at neighbourhood level,” said Hon. M. Jean-Claude Mbwentchou as he demonstrated his Government’s devotion to utilizing public resources to address the challenges of the urban poor. The interventions include provision of sanitation facilities and upgrading of public spaces that include the construction of public bridges in order to enhance access. An additional USD200,000 was contributed by partners, added the Minister.

Slums and informal settlements are the physical manifestations of inequalities. They stand for exclusion, stigmatization, gentrification and urban poverty. While the percentage of slum dwellers decreased from 39 percent to 30 percent of the urban population in developing countries between 2000 and 2014 – absolute numbers of slum dwellers continue to grow. As a result, the Programme calls for urgent action to ensure that countries are accountable to children, youth, the elderly, men and women living in slums, and are empowered by the global development frameworks to lead a sustainable urban transformation.

On the other hand, slum upgrading is important as it reduces inequalities in the urban context by integrating people living in slums in the broader urban fabric, making cities more prosperous and sustainable. The new funds will enable participating countries bridge the inequalities gap. While welcoming the announcement of the new fund, Ghana’s Deputy Minister of Local Government and Regional Development, Honourable Adjei Kwasi Boateng stated that “We are very pleased to see the programme launching the 3rd round of funding. This is only possible as the Participatory Slum Upgrading Programme has demonstrated tangible benefits in addressing the challenge of urban poverty.”

With a focus on ending poverty through slum upgrading, the new funds availed will build on the successes of the first and second round of funding. The celebration of additional funding and achievements realized so far gives countries the impetus to do more, especially in view of the huge investment requirements for slum upgrading. Through the Up For Slum Dwellers- Transforming a Billion Lives campaign as the vehicle for delivering change, state and non-state actors will be mobilised to deliver tangible initiatives that improve the living standards of slum dwellers. Access to improved housing, safety, security of tenure, community space, basic services, will be ensured for slum dwellers, particularly for women and youth.

Participating countries will also take part in knowledge sharing platforms involving the global south and north, further building their capacity to develop slum upgrading solutions. The Programme through the Up For Slum Dwellers -Transforming a Billion Lives campaign will collaborate with existing networks such as that of Mayors, to advocate the improvement of the living conditions of slum dwellers as well as facilitate networking, dissemination of information and exchange of ideas.

The Participatory Slum Upgrading Programme aims to expand its outreach from the existing 35 African Caribbean and Pacific countries to cover 79. 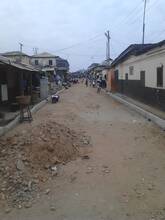