New York, 3 July 2015 – Thirty-two researchers have gathered at the United Nations Headquarters in New York to discuss initial findings for UN-Habitat’s upcoming flagship publication, the World Cities Report 2015. This report is a major contribution to the upcoming Habitat III Conference in 2016.

Through an on-going partnership with International City Leaders based in Toronto Canada, teams of experts from around the world have been working to highlight key changes that have emerged since the Habitat II conference held in Istanbul in 1996.

The report will demonstrate with compelling evidence a number of practical steps that cities are taking to solve some of our world’s most pressing challenges, including: inequality, climate change, housing and slums, urban governance and legislation, and the urban economy.

Experts agreed on the key elements that can constitute a New Urban Agenda such as urban planning and design, municipal finance and urban legislation and the system of institutions. There was consensus that there is a dynamic economic transition underway in which cities are increasingly playing a pivotal role at both national and global contexts. The report is expected to be released at the end of 2015.

This was the second expert group meeting co-organized by International City Leaders with additional support provided by the World Assembly of Islamic Cities. 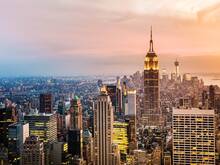