Nairobi, 26 October 2015—The first Urban Thinkers Campus in Kenya was held on the 15th and 16th of this month at UN-Habitat Headquarters in Nairobi, under the umbrella of the World Urban Campaign, a global platform and convening of ‘urban thinkers’ coordinated by UN-Habitat and supported by UN-Habitat's Youth and Livelihood Unit.

This two-day consultative and participatory event was part of a global series of campuses taking place around the world, conceived as open spaces for critical exchange between ‘urban thinkers’ who believe that urbanization is an opportunity and can lead to positive urban transformation. The campus was led by Polycom Development Project - an affiliate of the Huairou Commission, a global partnership coalition that empowers grassroots women's organizations to enhance their community development practice and to exercise collective political power at the global level, in cities and human settlements.

She called upon participants to make compelling proposals through this unique Campus driven by grassroots organizations inviting them to elaborate on principles, policies and legislative frameworks as well as on urban solutions for ‘The City We Need’, a global compilation of the World Urban Campaign partners towards Habitat III.

In her welcome speech, Ms. Jane Anyango, grassroot women leader from Polycom said that they were selected by UN-Habitat to take the lead in collecting views and recommendations from the grassroot communities on the theme: “The City We Need is Safe” or “Wamama Tunauwezo” (Women Have The Power).

During the openings session, Ms. Agnes Midi, Project Manager from ActionAid, informed participants that key findings from the ‘She Can Project’ run by her organization reveals that 70 percent of women will face sexual violence in their lifetime and that women are particularly vulnerable in public spaces, especially in informal settlements.  She stressed the need to address access to sanitation, safe transport and safe neighborhood through adequate planning, one that ensures security and safety for all.

The Campus focused on how urban safety, sanitation and basic services can be better embedded in planning to promote sustainable peace for women and girls. Currently, 54 per cent of the world’s population live in urban areas and 60 per cent of these urban dwellers are expected to be under the age of 18 by 2030 (UNFPA, 2014). The Campus highlighted the strategies, challenges, success stories in terms of gender responsiveness as well as initiatives for engaging young women and children towards safer cities.

Debates and deliberations by different groups were followed by inputs from Experts in various fields to form the Urban Thinkers Sessions and Urban Labs to deliberate on innovations and the potential for replication. The outcome document will map out clear steps that will engage women and girls in realizing a city where everyone is secure and enjoy equal rights with regard to public spaces.

Women make up half the world’s population, but just 37% of the global GDP (McKinsey Global Institute). To understand the reasons for this gap, authors looked at 15 factors that affect women’s presence in the workforce, from family planning availability to wage parity to legal and political representation. They found high or extremely high levels of gender inequality in at least half of those factors, in 40 of the 95 nations surveyed.

The Urban Thinkers Campus has been acknowledged by participants as a model to pursue further debates to negotiate principles, policies, and action planning on key issues that need to be addressed at the Habitat III Conference and contribute to the New Urban Agenda. 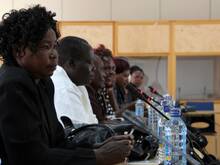 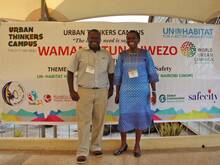 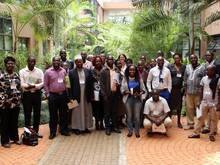