At the same time the report, titled Ending the Urban Aids Epidemic, says that cities should increasingly assume a leadership role in the urban AIDS response, with targeted support from national and global partners.

The report that was launched in Nairobi on Friday by UN-Habitat Executive Director Dr. Joan Clos and his UNAIDS counterpart Dr. Michel Sidibe says city leaders have a unique opportunity to seize the dynamism, innovation and transformative force of the AIDS response—led by people living with HIV—to overcome urban challenges of social exclusion, inequality and extreme poverty.

“Although cities often have resources, viable health systems, and the capacity for innovation and service delivery, they sometimes struggle to design and implement focused, effective and rights-based AIDS responses, often leaving behind the most vulnerable and marginalized populations,” said UN Under-Secretary-General and UN-Habitat Executive Director, Dr Joan Clos.

“Cities are central to bringing a paradigm shift to the AIDS response—a concerted move towards shared responsibility between national and city authorities and community based organizations in support of local leadership and local evidence to transform the social, political and economic determinants of HIV risk and vulnerability.” “Cities can lead change,” said Mr. Sidibe.

“As centres for innovation, cities can broker broad partnerships and use their vast resources to provide and inclusive, effective response to HIV based on evidence and grounded on human rights- to leave no one behind.” In almost half (94) of the 200 cities are in countries with large HIV epidemics and in which HIV is transmitted mainly through unprotected heterosexual sex.

In the remaining 106 cities, unprotected sex between men, paid sex and the sharing of contaminated drug-injecting equipment are the main drivers of the epidemic. In the Asia–Pacific region, about 25% of all people living with HIV are estimated to be residing in 31 major cities, while in western and central Europe, an estimated 60% of all people living with HIV reside in 20 cities. According to the new report, data from 30 countries that have conducted nationally representative household based population surveys show that HIV prevalence among people 15–49 years old living in urban areas is higher than among those living in rural areas in most countries.

The report outlines the need for cities to establish renewed efforts for an urban health approach that serves the evolving needs of cities and the people who live and work within them. It adds that these measures would help all those concerned to reach the fast track HIV goal by 2030. The UNAIDS Fast-Track approach requires rapidly scaling up and focusing the implementation and delivery of proven, high-impact HIV prevention and treatment services: an approach that urban leaders need to increasingly adopt.

A number of countries have introduced specific legislation, national policies or strategies to respond to the needs of those affected and infected with HIV/AIDS. When it comes to implementing inclusive and urban-friendly programmes for HIV/AIDS and allocating adequate resources, however, many countries lag behind.  This is occurring, as the world is increasingly being defined by its urban spaces. 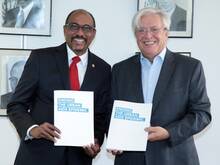