Ramallah 19 May 2016 – UN-Habitat along with the Ministry of Local Government (MoLG) and other partners has launched the Spatial Development Strategic Frameworks for Bethlehem, Qalqiliya, and Tubas Governorates with the financial support of the United Kingdom’s Department for International Development (UK/DFID).

The Spatial Development Strategic Frameworks, which are prepared under the Support to Palestinians at Risk of Displacement in Israeli Controlled Area C of the West Bank programme, aim at merging the planning practices related to the preparation of ‘strategic development’ plans and ‘physical plans’ in order to contribute to the achievement of the development goals of social justice, the effective use of natural resources, and the upgrade of socio-economic conditions.

Palestine is facing many challenges and difficulties due to the Israeli occupation practices, in addition to the scarcity of resources and the lack of control over them. Therefore, there is a need for a proper planning mechanism adopting a participatory approach that involves community members, technical experts, and decision makers.

For this purpose, UN-Habitat and the MoLG along with An-Najah University, the House of Palestinian Expertise for Consultancies and Studies (HOPE) and Universal Group collaboratively worked on the preparation of the Spatial Development Strategic Frameworks for Bethlehem, Qalqiliya, and Tubas Governorates.

Furthermore, the prepared frameworks provide a diagnostic spatial analysis of different development sectors presenting the formulated visions for the three governorates, the strategic development goals, and the development programs and projects to achieve the proposed visions.

On Monday, 16 May the Spatial Development Strategic Frameworks for the three governorates were launched in the presence of the Palestinian Prime Minister, Mr.Rami Al Hamdallah, the Minister of Local Government, Mr. Hussein Al Araj, the Governors of Bethlehem, Qalqiliya, and Tubas, the UN-Habitat Head of office, Mr. Joe Hooper, and the Deputy British Consul General, Mr. James Downer.

At the opening session, the Prime Minister welcomed the audience, thanked all those who took part in the preparation of the three plans, and recognized UN-Habitat for their technical support and UK/DFID for their financial support. Mr. El Hamdallah also emphasized on the importance of these plans as a proof of resilience and as a chance for real development saying; “Based on a participatory approach, the prepared Spatial Development Frameworks highlight the communities’ needs, especially in the marginalized communities threatened of displacement in Area C. These plans are a real proof of resilience through which Palestinians are able to enhance and develop their own living conditions.”

The Deputy British Consul General, Mr. James Downer, affirmed their support to the programme out of their belief that Area C is crucial for Palestinian development and an essential engine of the economic growth. “These city-region plans are an important step towards integrating Area C with nearby Palestinian cities and towns in Areas A and B. They will help protect of the most valuable lands, including water sensitive areas, and cultural heritage sites.” said Mr. Downer.

Finally, the UN-Habitat’s Head of office, Mr. Joe Hooper stressed on the importance of the prepared plans as successful tools in linking urban and rural development from a spatial perspective, in addition to being accommodating for population growth and examining fit-for-purpose arrangements for social services. Mr. Hooper also added that “with the finalization of these plans Palestine has again shown its ability to innovate in the face of great challenges. The plans represent not only a positive vision for the future, but also a pragmatic and logical approach to the realization of such.” 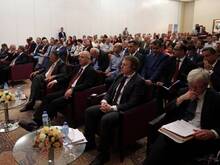 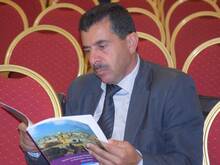