Berlin, 04 July 2017-- In order to address the rising tide of refugees and migrants over the years, UN-Habitat co-launched the Mediterranean City-to-City Migration (MC2CM) project that brings together experts and cities to contribute towards improved migration governance at city level, including migrants' access to housing, basic services and human rights.  The participating cities exchange information about their individual contexts, challenges, opportunities and existing strategies regarding local urban migration and integration policies: they include Amman, Beirut, Tangier, Tunis, Lyon, Madrid, Turin, and Vienna.

As of mid-2015 there were over 15.1 million refugees and migrants worldwide a 45 per cent increase in just 3 and half years with 5 million newly displaced in the first half of the year alone, contributing to the 880 million people that are currently living in non-formal settlement globally. In the greater Mediterranean region internal and international migration movements have a direct and long-lasting impact on the development of urban areas, as these are often the actual destinations of migrant populations.
Improving the access to adequate housing in cities is one of the fundamental pathways to further improvements in the dimensions of social and spatial integration of migrant populations. Research shows Carter Tom, the Influence of Immigration on Global City Housing Markets, Urban Policy and Research, 2005, Taylor and Francis that adequate housing forms the third most important factor contributing to the successful integration of international migrants after sufficient language skills and access to employment.

The MC2CM project is currently implementing three action –oriented pilot projects that are being presently carried out in Amman, Beirut and Tunis. All three pilot projects are a state of the art example of how to implement the New Urban Agenda at a local level; where participating cities will benefit from improved technical expertise and concrete instruments to improve housing affordability for migrants, to reduce data and information gaps, and to improve migration governance at a city level; making cities more affordable, safe, and inclusive.

The project which started since 2015, aims to increase the knowledge on urban migration and support mutual learning on specific urban challenges such as social cohesion, intercultural dialogue, employment, housing, human rights, and provision of basic services.

The MC2CM project is funded by the European Union and co-funded by the Swiss Agency for Development and Cooperation. The project is implemented by UN-Habitat in partnership with the International Centre for Migration Policy Development (ICMPD) and United Cities and Local Governments (UCLG).

This project is an example of how agencies such as UN-Habitat can bridge the humanitarian and development divide. For this reason, UN-Habitat took an active role in the Global Forum on Migration and Development held in Berlin from the 28th June to the 1st July 2017. The forum aimed to advance the understanding and cooperation on the mutually reinforcing relationship between migration and development and to foster practical and action-oriented outcomes. "Towards a Global Social Contract on Migration and Development" will be the main topic of the forum that will involve governments, policy makers, UN and other international agencies, academia and civil society organizations. The event was chaired by Morocco and Germany, which is symbolic to bridging of the Mediterranean region that could further strengthen relations between Africa and Europe when addressing migration issues.

Additionally, the City of Berlin was hosting an annual city-led Mayoral Forum on Human Mobility, Migration and Development, where UN-Habitat had also been invited. This event provided a platform for local leaders to share innovative solutions for governing migration, protecting rights and promoting inclusive urban economic growth. UN-Habitat’s Housing Unit, along with Mayors from around the world shared their experiences in terms of reception of migrants and good practices that can in other cities. 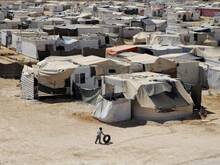