As Urban October comes to an end, a month dedicated to raising awareness on urban challenges, successes and sustainability, faced by cities and human settlements around the world, I am delighted to learn that an unprecedented number of global celebrations marking this month have taken place around the world. This month, over 100 events have taken place across almost 50 cities and nearly 30 countries. For World Cities Day on 31 October, we expect some 20 events to take place around the world, with the global observance being celebrated this year in the city of Liverpool, United Kingdom. Urban October is a key platform to raise the global consciousness of the importance of cities and human settlements in Building Sustainable and Resilient Cities, this year’s theme. Sustainability and resilience are an underlying commitment of the New Urban Agenda.

Many cities today face repeated risk from a wide range of both human-made and environmental threats: droughts, floods and fires to economic shocks, unemployment, disease outbreaks, migration, war and conflict. World Cities Day is therefore a key platform for Member States and partners to highlight the need to increase resilience to natural and human-made risks.

If cities do not invest in resilience, the costs on economic, social, political and human terms will only grow. We need only to read the news to be aware of recurrent disasters that challenge our cities and human settlements everywhere, from rich to poor, from developed to developing, devastating families and entire communities, creating turmoil that can last for years. Cities are also a melting pot where inequalities are exacerbated, leading to social unrest and the potential for conflict. Investing in resilience is a wise investment.

With more and more people making cities their homes, the risks also increase. We need to find innovative and flexible ways to anticipate threats whether they are human-made or natural. We need to protect cities and their residents and enable them to adapt, survive and thrive. As with most disasters, it is usually the most vulnerable: women, youth, the poor, refugees and those on the move, such as migrants and internally displaced persons, who are hit the hardest and have the least ability to cope. At the same time, this year we have also seen natural disasters destroying communities in the global north, demonstrating that resilience is an important issue for all.

It has been estimated that without action on climate change – which accounts for just one facet of resilience – some 77 million urban residents risk falling into poverty. Urban resilience does not just mean building strong infrastructure, it also requires strong economic, social and governance systems to support physical and intangible resiliency. If cities do not invest in resilience now, the cost only increases. Current economic losses from disasters are unsustainable. They pose another challenge for countries in galvanising the potential of the global development agendas and moving towards eradicating poverty.

I would like to sincerely recognize and thank the People’s Republic of China for founding World Cities Day, through a United Nations General Assembly resolution. Since 2014, the cities of Shanghai and Guangzhou, together with the Ministry of Housing and Urban Rural Development of China, have graciously financed the celebrations of World Cities Day. Thank you very much for your generous sponsorship, enabling cities and communities around the world to come together on this important platform to learn and share best practices on sustainable cities and their practices.

The need for resilient cities is recognised in the Sustainable Development Goals, the Paris Agreement for Climate Change, the Sendai Framework and in the New Urban Agenda. Urban resilience is not just strong infrastructure, it requires strong economic, social and governance systems. UN-Habitat calls for action on building sustainable and resilient cities to protect urban populations today, tomorrow and in the future. Let us all work together to ensure that no only do we protect our cities and ensure they can respond to crises, but that we turn challenges into solutions, and solutions into opportunities. I would like to especially thank the city of Liverpool in the United Kingdom, for hosting the global observance of World Cities Day 2018. 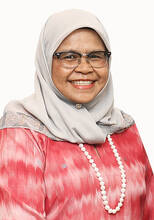