In this process of fast urbanization, the failure to fully mainstream gender equality into urban planning, legislation and economic development is hindering the inclusiveness of cities and preventing the full integration of women and girls in the economic, social, political and cultural life of cities. The CSW Side event, highlighting the importance of public space in the realization of Women’s rights and empowerment, began with an introduction by Dr. Kacyira. She noted that unsafe and unfriendly public spaces impact the everyday lives of city residents in multiple ways and pointed out that “one of the major elements restricting women’s and girls' access to public space is gender-based street harassment, and we see this as a global problem”. She added that women are those most affected, especially when fear hinders their access to services.

The Deputy Executive Director also emphasized how public space is an important seat for democracy, and that “women and girls must be an active part of the life on the streets and in public spaces and must be engaged in shaping and managing these public spaces, and this is a right that we are all entitled to”. In her speech, Ms Puri of UN Women began her speech with acknowledging UN-Habitat’s work on gender equality, “UN-Habitat, I would like to recognize, their exceptional work in embracing, integrating and embedding gender equality and women’s empowerment in their work, in their policy and program, in spirit and in everything they do”.

Ms. Akello spoke of the importance to look for the intersection of adolescence, girls’ safety and urban spaces. She raised the issue of how lack of safety for the girl child around the globe has been largely ignored by academia and development institution in the past, and that there has been a lack of initiatives focused on young girls. She then presented the multi-country programme that PLAN International is running together with UN-Habitat and other partners, the Because I’m a Girl Programme. The programme focuses on adolescent girls in the city, working for ensuring girls rights in all sectors.

When it comes to creating a sustainable future in cities “girls must be at the center of the urban agenda”, Akello concluded. Meanwhile, Lana Finikin Co-Coordinator of GROOTS Jamaica, shared the experience of grassroots women in Jamaica as a local organization empowered by women which has provided the opportunity to map and addresses conflicted areas in public spaces. This partnerships quickly evolved with the enrolment of the mayor and local authorities 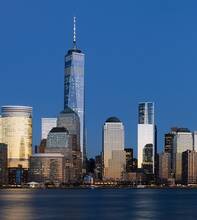