Kaloyebei, 06 September 2016— A delegation from the Turkana County’s Ministry of Lands, Housing and Urban Development, comprising of senior planners, cartographers and surveyors, joined the UN-Habitat researchers in Kalobeyei to jointly confirm the agreed boundary and provide input to the process of development of refugee settlement.

Kalobeyei ward Administrator, Mr Fredrick Lokoritapa joined the team and confirmed the settlement boundaries, noting the very sensitive issue of having a clear boundary in place between the refugee settlement and the pastures, as the pasture is a very precious asset for the pastoralist communities in the north of the new site. The County Government team advised on necessity of sensitization for the host community regarding the potential development that the new refugee settlements will drive outside its boundaries, with concerns on the impact to the natural resources in Turkana, such as land, water and grazing pastures.

If not properly planned, there is a high risk of conflict between the communities, and is better to be avoided though adequate participatory processes and involvement of the community, said Mr. Stephen Njoroge, senior physical planner at the County Government of Turkana. With appreciation to the hard work in data collection and survey done by UN-Habitat team, Mr. Mathew Kyalo, County Government delegated surveyor, notes a small change in the current boundaries of the site, which follow the topography rather the straight lines of the GIS spatial data provided.

The surveyor advise that exact boundaries should be marked on the ground, for easy delimitation of the settlement and ensuring the pastoralist communities that the settlement will not expand without their consultation and approval. The integration of refugees and host communities is yet a challenge as the host community is diverse, and if most of the members welcome the potential development driven from the refugee settlement, there are community members that are pastoralists with a nomadic lifestyle.

For a pastoralists community, having accessible pastures is very important and no physical development can be more beneficial than a grazing land for the cattle. With respect to all communities and sub-communities in Kalobeyei and surrounding areas, UN-Habitat aims to find most adequate strategies for encouraging development and integration of communities, yet protecting natural resources, customs and traditions of the Turkana community. UN-Habitat is promoting socially inclusive and environmentally sustainable human settlement development in Kalobeyei, Turkana County, by supporting integration of refugees and host community in a new refugee settlement.

Though a project funded by the Government of Japan, UN-Habitat is working with the County Government of Turkana in developing a spatial planning component for the new refugee settlement. Prior developing a spatial plan for the new urban area, a comprehensive research is undergoing in Kalobeyei and surrounding areas supporting provision of a contextual analysis. Parts of the UN-Habitat activities on the ground are data collection, survey and mapping of topography, land use and facilities of Kalobeyei Refugee Settlement and surrounding areas. Dr. Romanus Opiyo and Dr. Felix Mutua lead the research component, the data collection and survey in Kalobeyei, assisted by UN-Habitat project team and a number of research assistants from Nairobi and Kalobeyei. 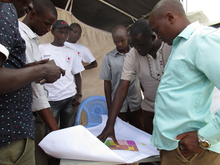 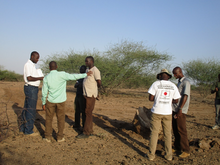