It addresses the question how architects can participate as professionals in public spaces in a place where everything has been self-constructed without architects. The designer portrayed that doing plans it’s not enough, and that it is necessary to find tools that introduce the architect as a city manager. This works does not try to be a set of plans, but a set of tools to design public spaces in a participatory way as a strategy of slums regeneration.

To build cities it is necessary to build citizenship and generate a system able to produce it. The design is intended to define a system in which the numerous local construction SMEs associate and create products for public spaces. The products are inserted in the public spaces using management and planning strategies, creating nodes and nets, and based on local associations.

The third winner, ‘Common Ground’ is a re-composition of a conceptual city across different strata highlighting the transformative, modular, and fluid qualities of some of our world’s most remarkable public places. From top to bottom the four levels represent connectivity, the blurring lines between domestic and public life, and urban agriculture.

The designer aimed at showcasing how urbanites today insist on malleable solutions for the spaces they share. Equality, exchange, commonality, and optimism more than ever before govern thriving public spaces, successfully mitigating the effects of swelling, densifying cities while creating meaningful connections between humans and their urban habitat.

The 2015 Urban October Design competition’s aim is to highlight and recognize designs and designers that best depict the state of our towns and cities today. The entries were assessed based on the theme of World Habitat Day 2015, Public Spaces for All and that of World Cities Day 2015, Designed to live together.
The competition run during Urban October, the month dedicated to raise awareness, promote participation, generate knowledge and engage the international community towards a New Urban Agenda.View all entries, visit the UN-Habitat Flickr page. 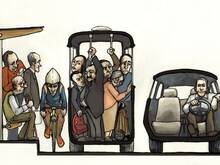 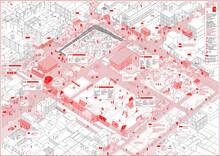 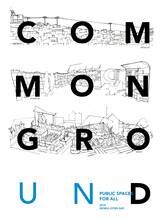