Putting housing at the centre this World Habitat Day

Njamena, 3 October 2016 – As the world celebrates World Habitat Day, UN-Habitat’s Executive Director, Joan Clos, has called on the development community to put housing at the centre of the urban policy – both metaphorically, and physically as cities expand.

At the global celebration, the Chadian capital, Dr Clos delivered a key note speech about the state of world urbanisation, urbanisation in Africa and the upcoming UN Conference on Housing and Sustainable Urban Development, Habitat III.

He was accompanied by HE David Houdeingar, Minister of Territorial Planning, Housing and Urban Development,.

“I am very grateful for the hospitality of the Chadian people and the government for hosting the celebrations of World Habitat Day 2016,” said Dr. Clos. “Housing should be at the centre of urban policy. Affordable housing policy…can become not only the solution to a social an humanitarian problem but also a very powerful instrument of local development and prosperity.”

He went on to speak about the challenge that the continent is facing more specifically.

“The urbanisation of Africa will be one of the most significant economic and social transformations in the next decades, changing the way of life of millions of people,” he said.

In his official statement, UN Secretary-General, Ban Ki-moon, said: “More than half the global population already lives in urban areas. Approximately a quarter of these urban dwellers live in slums or informal settlements.

“The unplanned rapid expansion of towns and cities means an increasing number of poor and vulnerable people are living in precarious conditions, without adequate living space or access to basic services, such as water, sanitation, electricity and health care. They are often isolated from opportunities for decent work and vulnerable to forced evictions and homelessness. Providing access to adequate housing for all is high among the priorities of the New Urban Agenda.”

World Habitat Day is marked every year on the first Monday of October.  Its purpose s to reflect on the state of our towns and cities, and on the basic right of all to adequate shelter. It is also intended to remind the world that we all have the power and the responsibility to shape the future of our cities and towns. 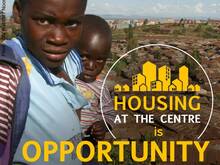 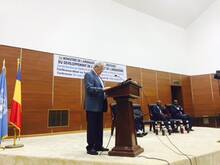 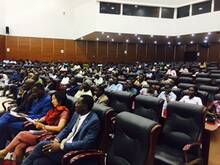