Manila, 2 March 2015 - An Interactive Conference on “Public Space and the New Urban Agenda” took place in Pasay City, Manila, jointly organized by UN-Habitat, League of Cities of the Philippines and Future of Places in cooperation with Housing and Urban Development Coordinating Council and United Cities and Local Government Asia-Pacific (UCLG ASPAC).

The conference brought together mayors from 20 cities in the Philippines to discuss one of the greatest challenges facing leaders today; building inclusive, healthy, safe, connected, integrated and productive cities. There are no easy solutions, but in examples from all around the world, streets and public spaces are becoming the key to revitalizing communities and cities.

For partners working closely with the government of the Philippines, the overall objective is to contribute towards strengthening the existing national city network to work on public space and finally to advocate for the integration of public space into the regional and global new urban agenda and contribute to the global movement towards The Future of Places 3 conference, the Sustainable Development Goals and the United Nations Conference on Housing and Sustainable Urban Development, Habitat III, set to take place in 2016.

Prior to the conference, a Minecraft competition was held, bringing together young people from the whole of Metro Manila to compete in proposing options to revitalizing Rizal Park, taking into consideration safety, facilities for children and young people and promoting social interaction between citizens. Minecraft is a computer game in which players create buildings and worlds out of blocks. Makers of the game, Mojang, are working with UN-Habitat on the Block by Block project which uses the tools of Minecraft to encourage public participation in the design of public space.

Participants were tasked to design Rizal Park, a spacious urban park where Philippine national hero Jose Rizal’s remains are enshrined in a monument. A total of 25 participants coming from various high schools and universities in Metro Manila joined. Pontus Westerberg, ‎Transparency and Digital Projects Officer from UN-Habitat headquarters, began the event with a brief orientation about UN-Habitat’s public space programmes and the characteristics of successful public spaces.

The judging panel was comprised of UN-Habitat External Relations Head Thomas Melin, Metropolitan Manila Development Authority Chairman Francis Tolentino, and Housing and Land Use Regulatory Board Commissioner Linda Hornilla. The entries were to be judged based on three criteria: safety and security, playfulness for children and young people, and social interaction between citizens. The judges chose one overall winner and one winner for each criterion, each winner receiving a cash prize.

Noteworthy features of the winning entries were the inclusion of a police station and a hospital and the presence of cable cars. The event was organized by the League of Cities of the Philippines and Housing and Urban Development Coordinating Council (HUDCC), with assistance from UN-Habitat.

The declaration expresses the strong and clear commitment of city mayors and various partners towards the establishment of green, safe, inclusive, accessible, and interconnected public spaces. Designed to strengthen existing national network of cities in the Philippines to work on public spaces, the conference gathered 50 local and international urban planners and decision-makers to discuss strategies and share insights in building good public spaces.

In highly urbanizing cities in Asia, that is no easy feat but the keynote speeches delivered by Vice President and concurrent HUDCC chairman Jejomar C. Binay and UN Habitat head of external relations Thomas Melin provided inspiration to participants. Binay underscored the key roles that city mayors play in managing urbanization. He said that there is more to public spaces than what various definitions provide 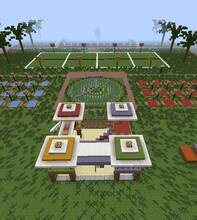