Vatican, 24 July 2015 – Mayors from cities around the world have signed a declaration at a symposium on sustainable cities which includes a commitment of mayors and other partners to contribute to implementation of the urban Sustainable Development Goal.

The meeting, co-led by the Pontificial Academy of Sciences and Jeffrey Sachs' UN Sustainable Development Solutions Network, resulted in a declaration on An Alliance for Sustainable Cities, and an agreement to a further meeting on the eve of the post-2015 summit to be held in September this year.

During the session the panellists, which included mayors from Accra, Stockholm, Libreville and Medellin, emphasised the importance of harnessing the opportunities provided by urbanisation for positive growth and development, while recognising the need for social inclusion.

They explored the relationship between climate change and migration patterns and the further impact on urban development that these factors can have.

Tissue of society under threat

These sentiments were echoed in the declaration which read: “…the UN and leaders in all sectors of society must take into account extreme forms of social exclusion, such as the new forms of slavery, in terms of human trafficking, forced labour, prostitution, and organ trafficking.”

“We recognize that global warming and other environmental degradation exacerbate these ills by intensifying poverty and social vulnerability. The very tissue of our societies is under threat of growing inequalities; the unmet needs of the extreme poor and the extremely vulnerable; and a natural environment being hit by more frequent and intense heat waves, droughts, floods, rising sea levels, and other climate-related threats.” 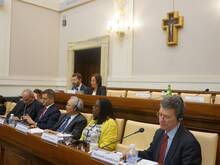 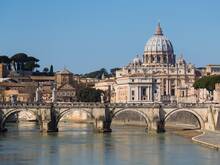