Niterói, Brazil 16 August 2018 – A group of 25 experts from Latin America shared key insights and best practices during the Urban Accountability Workshop on transparency, accountability, and the progress toward achieving the Sustainable Development Goal 11, held in Niterói, Brazil in mid-August.

They came from a breadth of functions within the municipalities of the participating cities, each focused on a specific area such as urban planning, transparency and corruption and environmental issues. Two Vice Mayors and one Member of Congress were among the participants.

The workshop took place in the Niterói Contemporary Art Museum. During the three days, participants had the opportunity to exchange experiences and to get to know the best practices of each city. The participants immersed themselves in discussions on how to localise the SDG11 and the New Urban Agenda on the local level, and how to improve accountability and transparency processes. Participants had the opportunity to develop the first draft of an action plan to improve the solution of a particular problem linked to an SDG11 Target in their city.

The workshop included two technical visits to specific projects in Niterói and Rio de Janeiro, where the participants discovered the techniques, logistics and tools that the municipalities use regarding mobility and data.

On the first day of the workshop, UN-Habitat and Brazilian public participation and technology company Colab signed an Agreement of Cooperation to collaborate on the development of an online tool. The tool will allow citizens to gauge their city’s progress toward the targets of SDG11, as well toward higher levels of accountability and transparency. The initiative is to be launched in 133 cities in Brazil in Autumn 2018. The collaboration agreement strengthens UN-Habitat’s work toward a more widespread public understanding of SDG11 and toward achieving the New Urban Agenda, ultimately with the goal of making cities more inclusive, safe, resilient and sustainable. 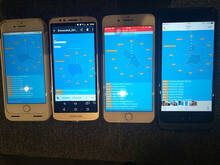 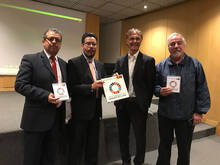