6 June 2020 - Today, 55% of the world’s population lives in cities, and this number is set to increase to 68% by 2050, which represents an additional 2.5 billion people (UN, 2018) and urban populations are expected to almost double from 3.5 billion today to 6.7 billion by 2050. Cities are the hubs of national economies, innovation and culture. However, despite only covering 2-3% of landmass, cities are also responsible for a significant portion of global CO2 emissions, 50% of global waste and 75% of natural resources consumed. Urban growth was also responsible for 16% of natural habitat lost between 1992-2000, and more than 80% of people living in urban areas that monitor air pollution are exposed to air quality levels that exceed WHO limits.

At the same time cities hold the key to change these trends, and cities around the world have started to do so. Protecting and restoring the environment is not just a moral duty; nature supports our societies, cities and economies and is our greatest ally in solving the climate challenge.

Nature in and around cities have shown to be effective solutions to reduce heat island effects, provide flood control and purify air. Nature makes good public spaces great, opens cityscapes for green oases, providing fresh breezes and shading. If public green space is well managed and expanded, it can help reduce CO2 emissions and improve air quality. Nature provides us with oxygen, purifies drinking water, ensures fertile soil, and produces the variety of foods we require to stay healthy. Nature provides the foundation of many industries and livelihoods. It helps mitigate climate change impacts by storing carbon, providing flood and landslide protection, and regulating local rainfall. Life on earth would not be possible without nature’s services. It is our greatest common good.

Given our increasingly urban lifestyles, cities influence humanity’s relationship with nature, and are key in the transition towards a carbon-neutral and nature-positive world. Science has never been clearer on the impact of human activities on nature and the consequences we will face, as stated in a series of major intergovernmental scientific reports (e.g. IPCC, IPBES) demonstrating the crisis of accelerating nature loss.

While the physical space cities occupy might be small, the ecological footprint of cities, due to our consumption and lifestyles, is of far greater magnitude leading to biodiversity loss in the periphery of our cities and further afield. It is estimated that between 2000 and 2030, this can threaten 290,000 km2 of natural habitat. A well-connected network of green spaces, or biodiversity corridors, in and around a city, together with a conscious effort to reduce urban sprawl, can do much to mitigate the impact that the city has on nature in its region.

World Environment Day provides an opportunity to rethink how our cities have evolved and the impact they have on the environment and biodiversity. Living in harmony with nature can only be achieved if we reverse biodiversity loss and pursue full implementation of the 2030 Agenda for Sustainable Development. World Environment Day celebrations will help build momentum and unite the global community in actions for positive change, even as we tackle the COVID-19 pandemic and the emerging recession.

Cities for People and Planet

Sustainable Development is a journey that we must travel together, and together we can propel our cities towards that goal. The warning signs detailed within the 2016 Global Cities Report, 2018 Living Planet Report and in other scientific sources need be addressed; and these are slowly being translated from global agreements into powerful policy mandates for change. But we need to act faster and at scale. Fossil fuel use and the resulting emissions are the dominant components of humanity’s climate footprint, rising steadily, while natural resource consumption and agriculture account for the largest portion of biodiversity footprint. The ecological footprint per capita of high-income countries remains about five times that of low-income countries.

Ensuring widespread access to nature and its ecosystem services has significant positive impacts on equitable development. Improving urban green spaces, especially in informal settlements and lower income neighborhoods, can profoundly improve the quality of life for the urban poor who lack personal and public space, and encounter bad air quality. In addition, urban agriculture has the potential to help green cities and contribute to food security, especially for the most vulnerable who may lack access to fresh food products.

The first-ever UN Biodiversity Summit, to be held in September 2020, gives us a great opportunity to renew our focus on Nature and People, and to take action in a high-level forum at the onset of the Decade for Ecosystem Restoration and several key environmental policy negotiations in 2021.These negotiations, which include talks on a new global biodiversity framework, increased climate action and a renewed commitment to the environment under the Sustainable Development Goals, represent a momentous opportunity for world leaders to halt and reverse biodiversity loss, securing a sustainable future for people and planet.

How nature and cities can thrive together 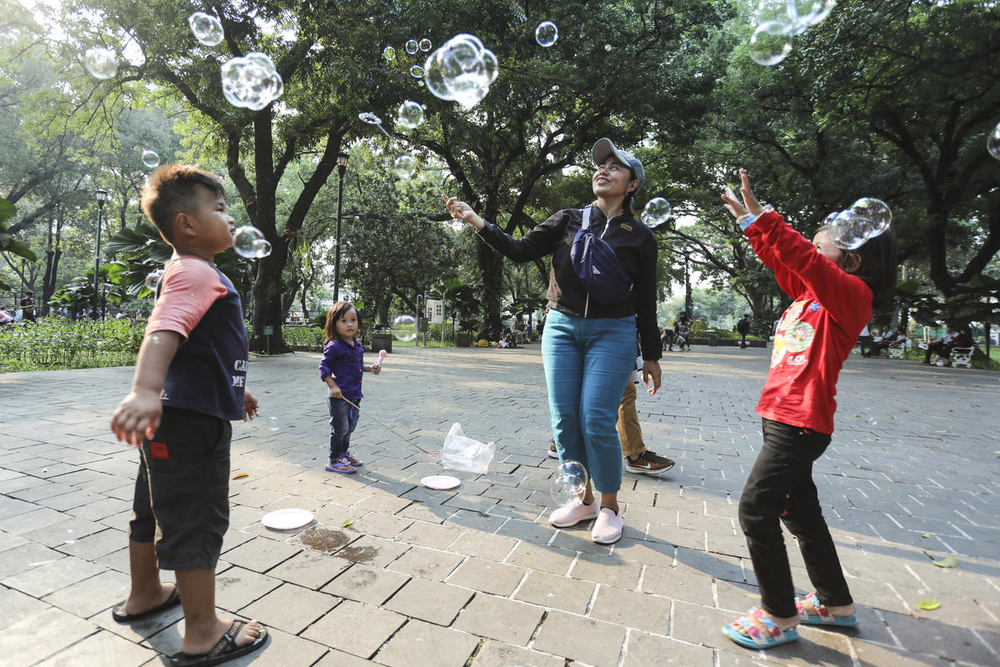 We all critically depend upon healthy interconnected ecosystems, so it is essential that nature is fully integrated into urban planning, design and development. We need to accelerate the protection of public green spaces, particularly in dense neighborhoods, for enhanced recreation, temperature regulation, and air purification. Urban and territorial planning provides a framework to align and transform our built and natural environments. Putting human and environmental health at the heart of urban and territorial planning process and principles will enable the full potential of our cities and territories to deliver healthier and resilient environments. Livable, compact and mixed-use cities, based on sound urban policy and planning, are a solution to counter the tendency of sprawl, slowing the expansion of peripheral towns, that are expanding spatially much faster than their populations, and are much more dispersed and segregated as a result. Associated habitat destruction and land conversion is rapidly increasing, a real disaster for biodiversity.

Cities are drivers of the transition from a linear to a more circular economy. Cities bring together resources, ingenuity, knowledge and capital in ways that shorten distances, spur innovation and consolidate infrastructure, which in turn reduces per capita rates of resource use. Integrating energy, food, water, waste and transport systems (e.g. urban parks that double as safe bike lanes, or biogas produced using food waste) will reduce the associated biodiversity impact inside and outside city boundaries. The construction industry, in collaboration with local/ regional governments, can lead the transformation of the built environment to make it healthier and more sustainable with longer building lifespans, reuse and recycling of building materials, waste and water, and design for energy efficiency.

We currently face an interconnected health emergency and a planetary emergency. Over the next 12 months we have a unique opportunity to rethink our relationship with the natural world, and to set nature on a path to recovery for the benefit of people and the planet. On World Environment Day with the theme of celebrating biodiversity, we need to analyze, act, and accelerate for a healthy city as we look at a green recovery approach

Planetary health and our urban future are closely inter-connected. We need to secure the transformative potential of cities. As set out in the New Urban Agenda, national governments should fully embrace their role in supporting preparedness and response in cities. This shift will require dialogue on rebalancing the roles of the public and private sector to ensure adequate service delivery to all, and particularly the urban poor. As governments adjust their national planning efforts to stimulate economic recovery in light of COVID-19, there is a unique opportunity to focus on critical infrastructure, nature restoration, and healthy urban systems that create a wide range of jobs and drive a sustainable transformation.