San Salvador, 1 October 2015—Representatives from San Salvador and Bucaramanga, the capital city of the department of Santander, Colombia, recently held a technical meeting where they exchanged knowledge with regard to the implementation of methodologies, indicators updating and installation of the technology platform for the Observatory of the Metropolitan Area of El Salvador’s capital. The meeting was as a result of the agreement signed in June this year, in Bucaramanga, during a technical meeting of the Network of Metropolitan Areas of the Americas (RAMA). "This exchange became the first example of technology transfer that takes place within the framework of RAMA, which precisely has as one of its goals the transfer of successful experience in metropolitan management," said Maria del Pilar Téllez, Director of the Bucaramanga Metropolitan Observatory. Created in 2014, RAMA brings together the metropolitan areas of Colombia, El Salvador, Brazil, Argentina, Mexico and Canada. UN-Habitat provides the General and Technical Secretariat of the Network. As a result of the exchange, Bucaramanga helped to install a technology platform that will help the San Salvador metropolitan observatory to better monitor and disseminate its territorial indicators, and move its approach to urban safety observatory. “Having an updated and reliable information of the territory allows metropolitan authorities make the right public policy decisions”, Tellez stressed. A second meeting between the two metropolitan áreas is expected later this year. 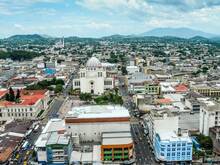