London, 13 July 2015 – The Institute of Advanced Legal Studies and UN-Habitat have co-hosted a celebration of Urban Law Day at the University of London, addressing the role and importance of effective functioning legal frameworks for sustainable urban development.

Lord Carnwath, British Supreme Court judge and Chair of the IALS Advisory Council, opened the event highlighting the importance of the model of the British 1947 Planning Act that has been influential in the Commonwealth as a good starting point for the day.

Presentations on Urban policy and discussions on how to translate urban policy into “Good Law” were held during the day, providing examples from developed and developing countries. 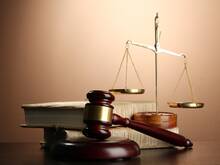