Amman, 26 August 2015 – The Amman Youth Declaration on youth and peacebuilding has been adopted by the more than 400 youth delegates attending the Global Forum on Youth, Peace and Security recently held in Jordan. The declaration calls for the full engagement of youth and youth-led organizations in issues of peace and security. Unique to the declaration is its strong focus on local authorities. The declaration makes the call for the inclusion of youth in local government; a strong step towards assuring the achievement of the proposed actions. UN-Habitat worked closely with the Government of Somalia to assure that the voice of not only Somali youth, but youth from countries facing violence and conflict was heard. A seat for youth at the peace negotiation table "On Matters of Security and peace we must include the youth voices to create better policies,” said Somali Minister of Youth, Mohamed Abdullahi Hassan.  “[This is] a historic shift point towards a new international plan for dealing with youth, peace and security.” Addressing the issue of policy, the declaration calls on local authorities, in partnership with other levels of government, to facilitate an enabling environment in which youth actors are recognised and provided with adequate support to implement violence prevention activities. This space must be inclusive of young men and women from different social, political, economic, ethnic and religious backgrounds.

It also asks authorities to recognise and support what young people are already doing in preventing violence and violent extremism and ensure that contextual research is conducted in collaboration with young people and youth organizations to identify the drivers and enablers of violence and extremism. The United Nations Youth Envoy, Ahmad Alhendawi, also spoke at the signing, saying that he will “continue to advocate for youth to have a seat at the peace negotiation table.” 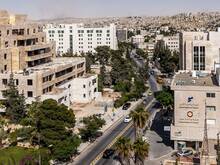