Young Women take the Lead in the fight against Climate Change 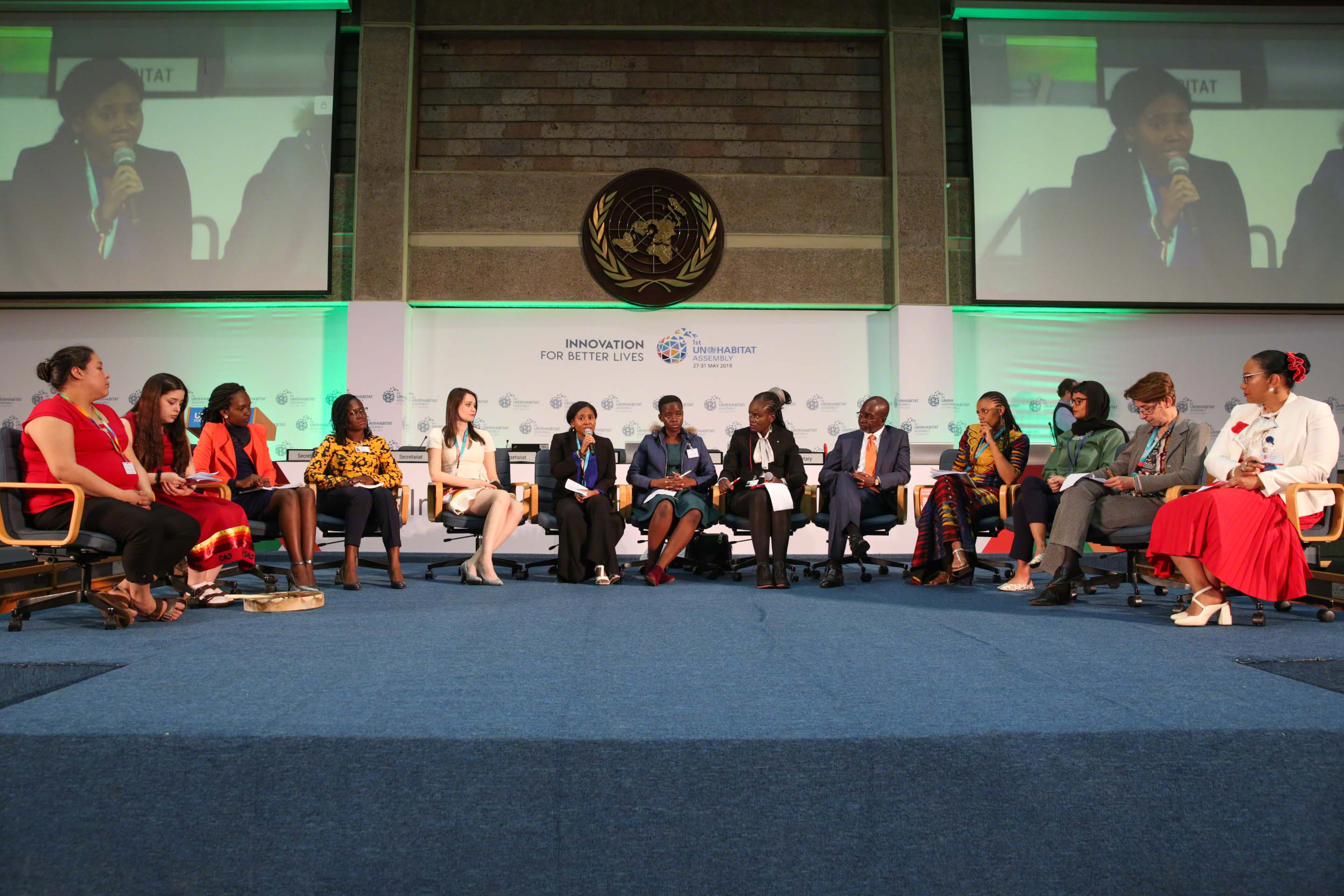 UN-Habitat's Young Women to Women Event at the first UN-Habitat Assembly, Nairobi, May 2019.
[IISD/Kiara Worth]

Nairobi, 26 September 2019 – At the first UN-Habitat Assembly in May this year, UN-Habitat hosted the Young Women to Women panel. This brought together an interesting mix of young and older women environmental activists and sustainable urbanization practitioners. They shared their experience on best practices in leadership, and discussed how they could support each other in their work.

The following are profiles of three young women who have excelled in their work as young leaders in the climate change movement: Leah Namugerwa, Xiye Bastida and Heeta Lakhani.

Leah is a grade 10 student from the Mukono District of Kampala. Her first environment campaign, started on World Environment Day in 2018, was to ban plastics in Uganda – #BanPlasticUG.

“Currently, the world consumes over 500 billion plastic bag every year,” notes Namugerwa. “In the slums, plastic bags have been cited as the main cause of cholera in Kampala city since people use them as mobile toilets.”

Leah worked with her fellow students to begin a petition, undertake rallies and meet with politicians.

Leah, often now called the “Ugandan Greta”, took up the Friday’s for Future call. On Friday, 1 February 2019, Leah became part of the climate strike phenomenon that has swept the world. She was inspired to join the movement and do school strikes every week with the realization there was "inaction" on environmental matters in Uganda and globally, and Thunberg's protests at the gates of the Swedish Parliament inspired her.

The first time Leah did a Fridays for the Future protest she was alone. Leah, like Greta, was empowered to take the climate change fight head on; though often others were not supportive.

“My dad has always been on my side, he supported my decision from day one,” states Namugerwa, “He encourages me and gives me moral support whenever I get negative reactions or criticism.”

Leah now leads a group of teenagers each week to on their Friday strikes. In addition, for her birthday she planted 200 trees and offered to give 2 others 100 trees each to plant on their birthday.

On 13 September, Leah led over 500 people in the Waskiso district of Kampala as part of the Global Climate Strike. The protestors demanded that government implement the Paris Agreement, enforce environmental laws, ban plastic bags and conserve nature for everyone’s future. Leah has been recognized with Amnesty International's highest human rights award for their work.

Leah spoke at UN-Habitats Young Women to Women panel. When asked what are the key characteristics in a climate leader like herself, she stated without hesitation: “passion and selflessness”.

UN-Habitat sponsored Leah to be one of the 100 “green ticket” climate change leaders who received low-carbon travel to the Youth Climate Summit on 21 September 2019. Though selected she was unable to go because she was unable to receive a visa in time. 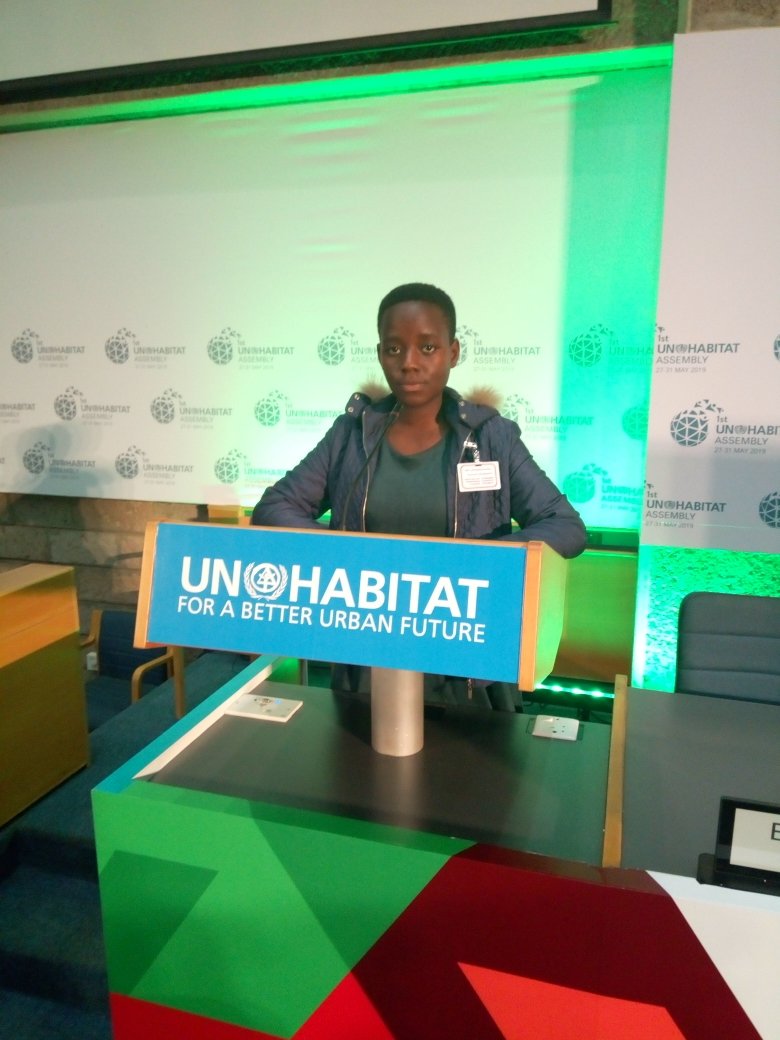 Leah Namugerwa at the first UN-Habitat Assembly that was held in Nairobi in May this year.
[UN-Habitat]

Xiye is Otomi-Toltec, an indigenous people in Mexico. She was born and raised in San Pedro Tultepec, a small community located approximately 50 kilometers from Mexico City at the headwaters of the Rio Lerma river.

In 2015, her community was flooded due to torrential rains which overflowed the Rio Lerma and immersed much of the town in 60cm of water. The Rio Lerma is highly contaminated due to heavy industrialization of the area, so many of the crops of the area were destroyed.

“This was the first time that I saw the climate crisis,” states Xiye. “This was the intersection of extreme weather patterns and the contamination that comes from a dependency on the fossil fuel industry.”

After the floods, Xiye and her family moved to New York where she saw the devastation of hurricane Sandy, and realized the world was in “a tipping point where I saw how global the climate crisis was and how it was in different shapes affecting everywhere.” She was given a chance to further express her opinion at UN-Habitat’s World Urban Forum 9 in Malaysia.

After coming back from WUF 9, Xiye worked to effect change through engaging youth in governance. She quickly became disillusioned, finding that there was “a lot of the same of politicians talking to you about how they will take action. But not really taking action.”

Greta inspired her to take more concrete action – she organized the first school strike and to her surprise 600 of the 1100 people in her school walked out. Everything snowballed from there to her being one of the main organizers for the 20 September New York rally where 315,000 people walked out.

“I always call myself a climate justice activist. You cannot address the climate crisis without talking about justice and environmental racism,” Xiye emphasizes. “Indigenous people were the first displaced by the climate crisis when they move reservations to build pipelines to impose this whole economy of extraction.”

She believes that we cannot solve this crisis with the same thinking that got us into it. “That’s where indigenous people come in,” she exclaimed. “I always talk about how we need to take care of the earth because the earth takes care of us. There is reciprocity in everything. The climate crisis is so violent and so we have to go at it with like love and respect and peace.” 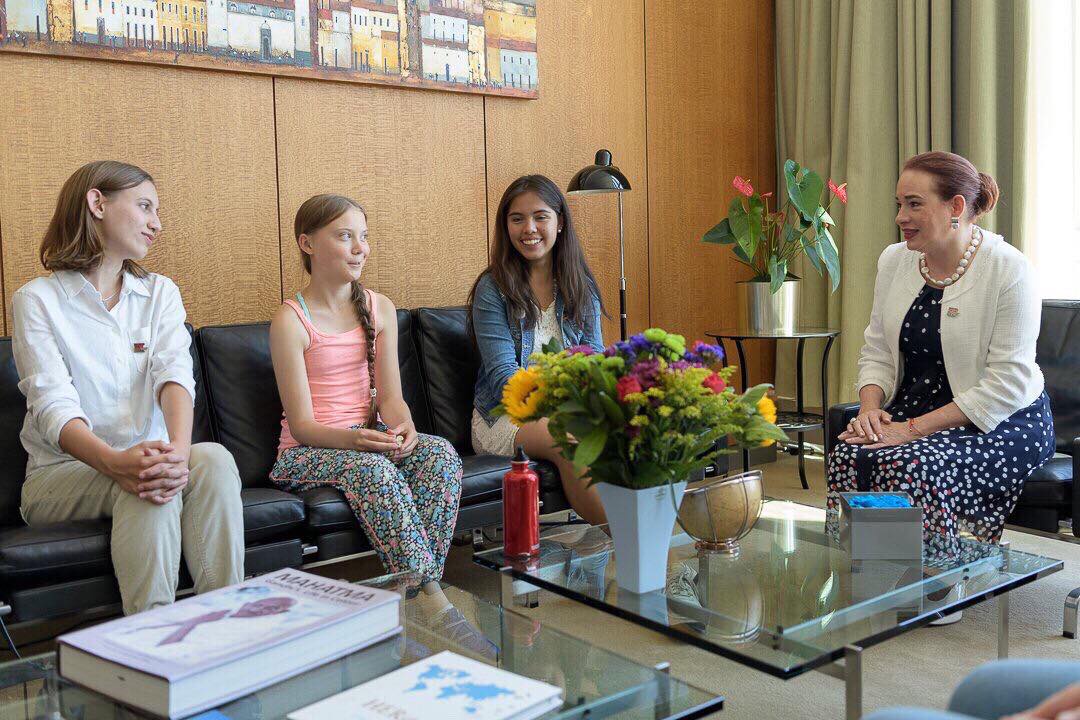 Heeta Lakhani was born and raised in the metropolitan city of Mumbai in India. She has grown up seeing rampant development at the cost of biodiversity and the environment. This sparked a passion for environmental conservation. She has been voicing her concerns on local environmental issues since her school days. She completed a Bachelor of Science in Life Sciences from St. Xavier’s College, Mumbai and went on to pursue a Master of Science in Environmental Studies and Resource Management from TERI University, New Delhi. In 2016, she decided to drop her comfortable job at the Tata Consultancy Services, Ltd. and follow a path less traveled - that of building a global youth movement to combat climate change.

Heeta has attended multiple UNFCCC climate change negotiations since COP21 in 2015. She is an active member of the YOUNGO Secretariat, which is the official youth constituency of the UNFCCC. This year, she was instrumental forming the official youth caucus of the United Nations Convention to Combat Desertification (UNCCD) and was also part of organising the Youth Forum at UNCCD COP14 in New Delhi.

She is a Global Mentor with the POP (Protect Our Planet) Movement, a youth movement aiming to  address the issues of climate change faced by our planet using knowledge based solutions.

In 2017, Heeta started her own program in Mumbai, India called Green Warriors. She educates school students on climate change and aims to bridge the knowledge gap on climate science as well as international processes among the children in Mumbai, who are at the forefront of facing the impacts of climate change in the coming years.

She is currently the Executive Director (India) for the 11th World Wilderness Congress (WIDL11) which will be convened in Jaipur, India in March 2020. This Congress aims to straddle the overarching issues related to biodiversity conservation, economics and climate change. The outcomes of WILD11will feed into UNCBD COP15, IUCN meeting and UNFCCC COP26 in 2020.

She was invited by UN-Habitat to participate in the Sustainable Cities: Hubs of Climate Action and Innovation event, the evening of the UN Climate Action Summit at the General Assembly.

Heeta is a firm believer in the power of the young people in grassroots as well as international processes and policies.