The World Urban Forum, which is convened by UN-Habitat, is the world’s most important conference on cities. As a non-legislative forum open to all, it provides the opportunity for thousands of participants involved in all aspects of urbanization to share practices and knowledge on how cities are built, planned and managed. Participants include national, regional and local government, NGOs, community based organizations, research institutions, the private sector, development finance institutions, the media, UN agencies and other stakeholders. The first WUF took place in 2002 in Kenya and eight other WUFs have taken place. The last Forum (WUF9) took place in Kuala Lumpur in February 2018.  In 2020, WUF will be hosted for the first time by an Arab nation - Abu Dhabi, the capital and the second most populous city in the United Arab Emirates and capital of the Emirate of Abu Dhabi.

Hosting the WUF10 will be a significant opportunity for Abu Dhabi to further showcase its achievements and role in promoting and implementing sustainable urban development as well as playing an immense role in innovation and cultural exchange. It will be an opportunity to welcome more than 25,000 international visitors, including urban experts and local and regional leaders, to foster diverse dialogue and discussion to overcome the challenges of implementing the NUA.

WUF10 is an opportunity to increase local and regional knowledge on sustainable urbanization issues, and could be leveraged to learn from global lessons and increase cooperation with stakeholders on a global scale.

Current discussions have outlined the importance to address the following issues for further consideration:

In addition to these issues, WUF10 will provide an opportunity to discuss solutions that are being tested by pioneering cities around the world. Abu Dhabi will advocate for the potential of developing and implementing a new sustainable four-pillar urban development scheme (economic, social, environmental and cultural) as a key enabler and instrumental component of the Sustainable Development Goals (SDGs). This four-pillar scheme awards a more significant scope for the integration of urban culture in the sustainable development strategies of the future.

Over half of the world’s population lives in cities and the number is growing every day due to migration from rural areas and population growth. Cities will see an inflow of 2.5 billion new people by 2050, and every minute the global urban population rises by 145 people.

Many of the cities and towns were never expected to house such huge populations and are at breaking point. Unplanned growth and development of cities results in lack of proper housing and growth of overcrowded slums, inadequate and outdated infrastructure such as roads, escalating poverty and unemployment, safety and crime problems, growing pollution, disease outbreaks from lack of proper sanitation, lack of green spaces or basic services.  Cities consume 78 per cent of the world’s energy and produce more than half of all green-house gases and other emissions.

While urban centres cover only a tiny fraction of the world’s surface, they are the economic powerhouses accounting for over 80 percent of global GDP. They have contributed to lifting hundreds of millions of people out of poverty. Urban residents in well-planned and managed cities are better placed to benefit from access to employment opportunities, health care, education and public services.

It is estimated that 60 per cent of the places that will be urbanized by 2030 have not yet been built – so there is a window of opportunity to plan properly. It will only be through planning and managing our cities properly that we will be able to address key issues such as poverty and inequality. 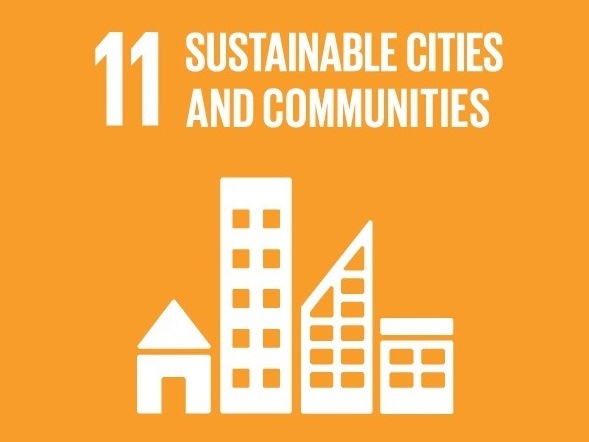 The increasing recognition of the importance of towns and cities was reflected in the introduction of Sustainable Development Goal 11 – the ‘cities’ goal – to make cities inclusive, sustainable, resilient and safe by 2030. In addition, in October 2016, at the UN Conference on Housing and Sustainable Urban Development known as Habitat III – member states signed the New Urban Agenda (NUA).

The New Urban Agenda (NUA) is an action-oriented document which sets global standards of achievement in sustainable urban development.  It spells out a global vision for the cities of the next twenty years with shared principles and implementation tools to achieve SDG11.

The New Urban Agenda calls for its collective and integrated implementation by all partners, including national, sub-national and local governments, the UN, civil society, communities, the private sector, professionals, the scientific and academic community, among others.

The NUA highlights the fact that quality of urban settlement depends on the rules and regulations that are implemented; strengthening urban legislation and providing direction to urban development plans to enable social and economic progression. It highlights the need to strengthen urban and territorial planning and it also looks at how to establish effective financing frameworks and enabling strengthened municipal finance and local fiscal systems.

The New Urban Agenda provides non-binding guidance meaning public-private cooperation through dialogue and collaboration between stakeholders including business, government and civil society is needed. The World Urban Forum provides a platform for such collaboration and operates as a forward-thinking, open-ended think tank.

The Ministry of Foreign Affairs and International Cooperation (MOFAIC) and the Abu Dhabi Department of Urban Planning and Municipalities (DPM) signed on 17 October an Agreement with the United Nations Human Settlements Programme (UN-Habitat) for the city of Abu Dhabi to host the Tenth session of the World Urban Forum (WUF10) in 2020. This will be the first time an Arab country hosts the landmark Forum. WUF10 will be convened by UN-Habitat and jointly organized with the Abu Dhabi DPM, along with partners including the Abu Dhabi Department of Culture and Tourism, Abu Dhabi National Exhibition Centre, Ministry of Foreign Affairs and International Cooperation and the General Secretariat of the Executive Council. read more 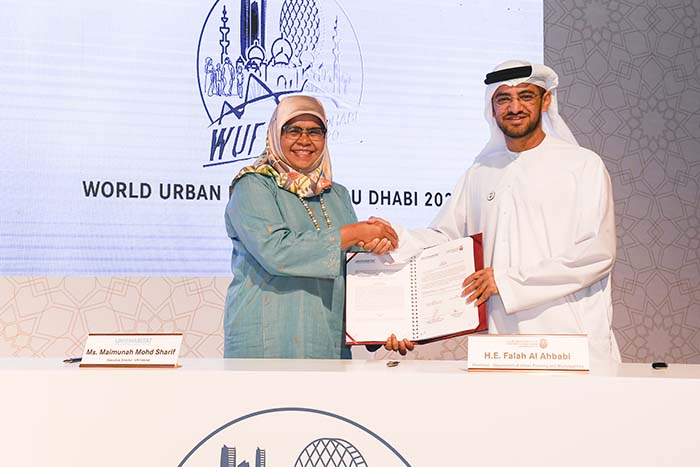