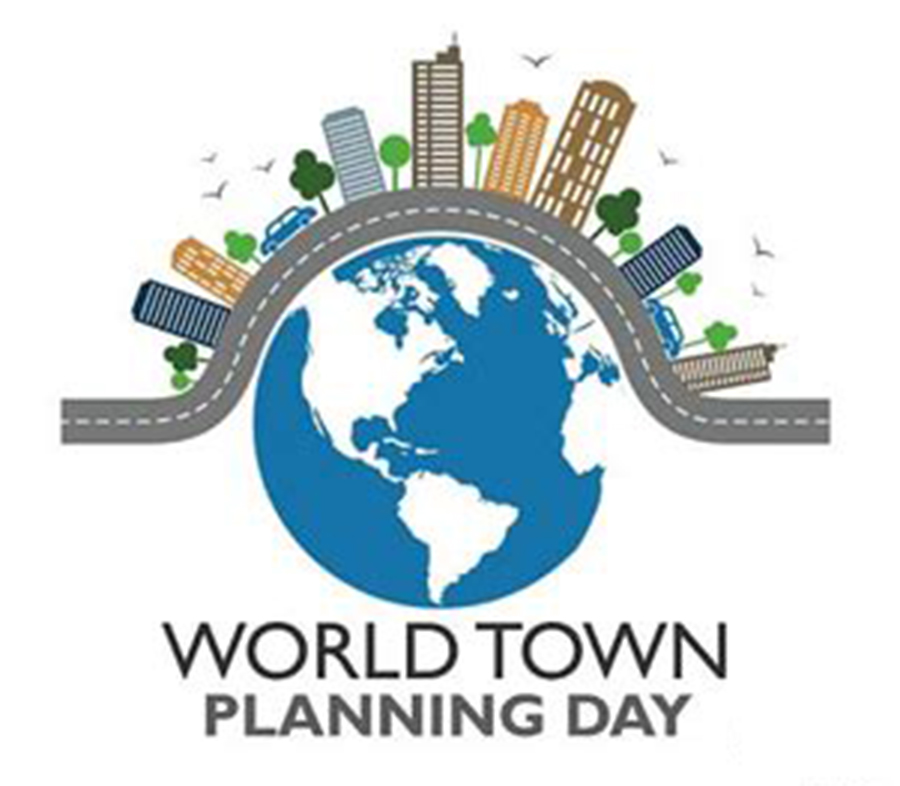 Jamestown, Ghana, 11 November 2019 - Ishmael Lamptey likes to guide visitors through Jamestown. His neighbourhood is part of the famous Old Town of Accra, the capital of Ghana. He leads them through cleanly paved, narrow alleys, between low rows of houses. He stops in an open square and points to the pavement that connects nearly all of Jamestown's sidewalks.

"We moved all this here over a year, stone by stone, in painstakingly detailed work," he says proudly, with his arms outstretched, moving in a wide circle across the village square, which is bustling around noon. Around him traders offer their goods, women prepare food in street kitchens, and children play in between. Country music is played from oversized loudspeakers.

"It's unimaginable what this place looked like before," says Lamptey. "The paths were full of potholes". In the dry season everything was dusty, when it rained people sank ankle-deep into the mud. The stinking sludge had even run all the way into the houses. 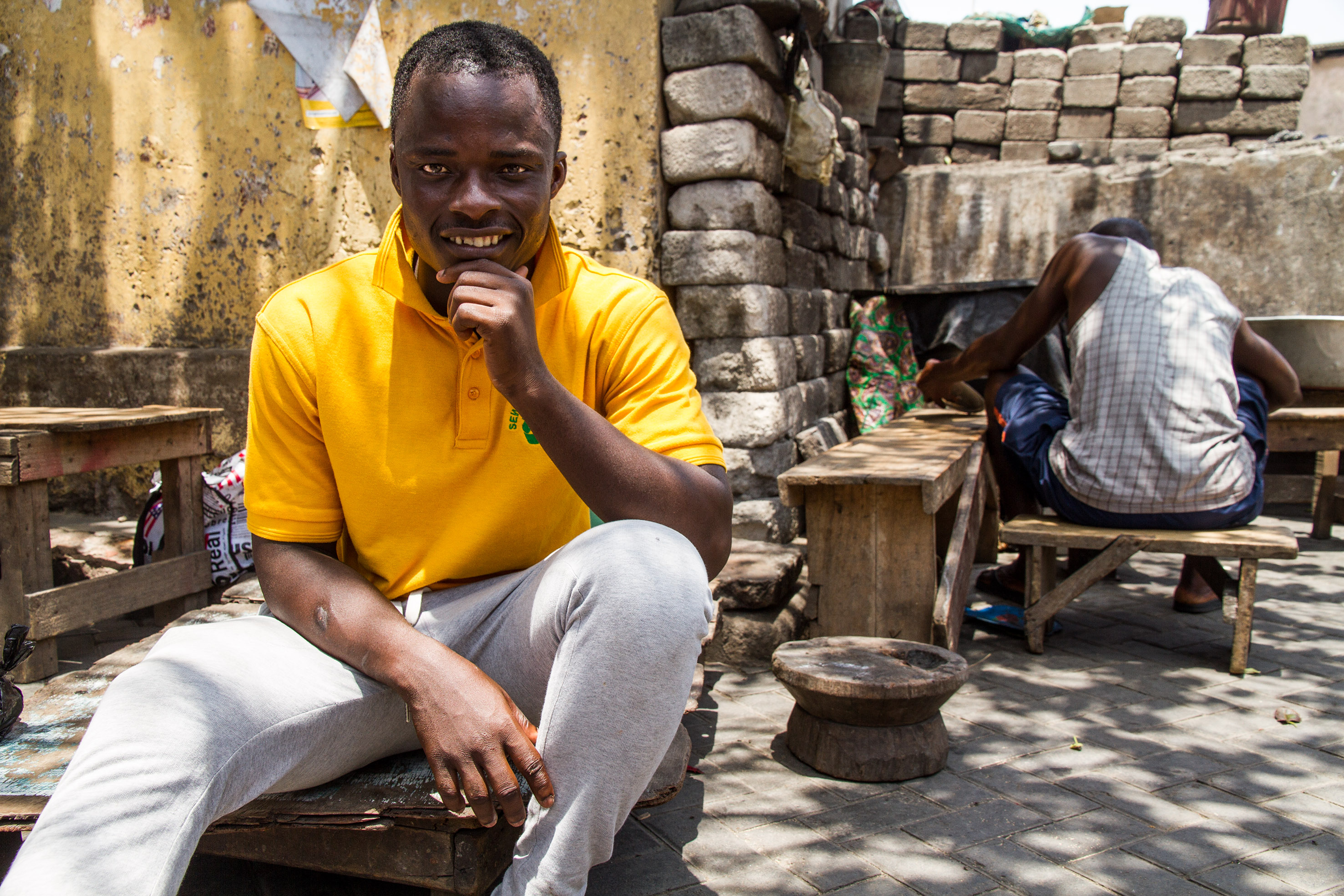 Ishmael Lamptey was hired by the community to pave the streets together with commissioned experts.
[UN-Habitat/Kirsten Milhahn]

The newly paved streets and sidewalks are part of a large-scale rehabilitation project that UN-Habitat is carrying out together with the Ghanaian government. It started in 2008, when UN-Habitat’s Participatory Slum Upgrading Programme (PSUP) together with its partners, the African, Caribbean and Pacific Group of States (ACP) Secretariat, and the European Commission, initiated a whole series of changes in Jamestown and the adjacent slum district Usshertown. Both settlements are situated in the heart of the famous old town of Accra, Ga-Mashie.

"Ga-Mashie is the oldest district of Accra. In its heyday it was one of the most beautiful spots at the former Gold Coast of Africa," says the urban planner. "However, since Ghana’s independence in 1957, this area has not seen any kind of intervention."

Historic buildings, such as the Ussher Fort and James Fort fortresses, built in the 17th century and UNESCO World Heritage, were visibly deteriorating. The Old Town grew rapidly in size and population during the 20th century. Jamestown and Usshertown became areas of a dense mixture of commercial and residential use. The area was eventually abandoned and turned into a slum. “But because the growing number of arts and culture in the area continued to attract visitors attention, including private sector interests, it became clear that something had to be done.” 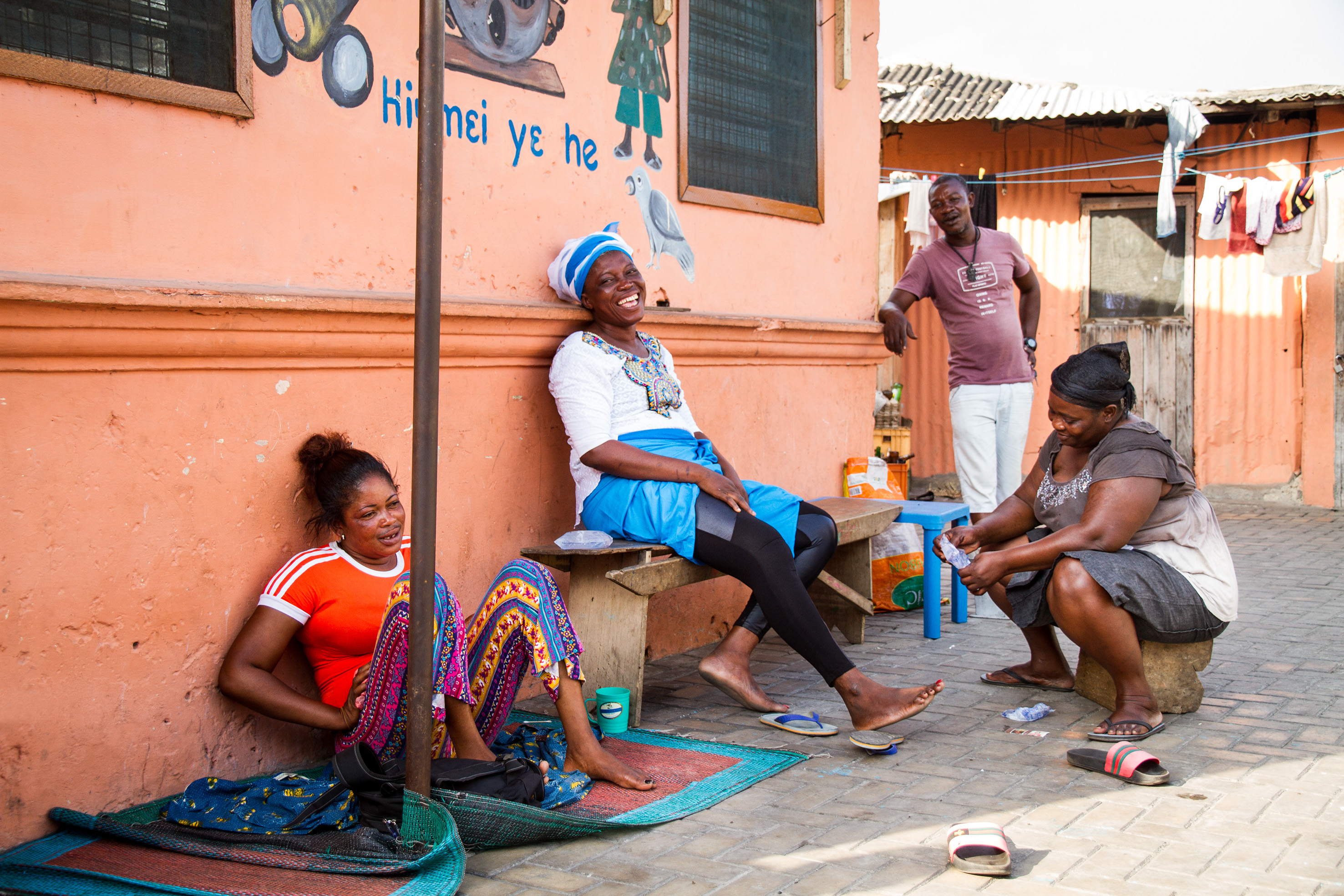 The newly paved streets and sidewalks allow access all year round.
[UN-Habitat/Kirsten Milhahn]

Together the local community, the municipal team and the PSUP team researched what Ga-Mashie needed the most: the residents favoured accessible paved roads, sewerage networks and improved sanitation. "Community Managed Funds were established in both neighbourhoods. These are PSUP funds, set aside to be availed to community groups to take on specific tasks in the upgrading of the settlement as a way of creating employment and enhancing skills,” Tagoe says. For example, the community has hired young men like Ishmael Lamptey from the neighbourhood to pave the streets together with commissioned experts. The European Commission funded this project in cooperation with the local government.

"The first steps are made", Tagoe says. "We now have paved roads almost everywhere. Today, a newly built drainage and the repaired local sewerage network ensures that the streets are accessible all year round”. Old Accra now has several public toilets and shower houses, segregated by gender, 50 private toilets, as well as a municipal waste management system connected to the public waste disposal. The community runs all the facilities in the frame of the Community Managed Funds and generates an income.

Ishmael Lamptey has learned a lot from his year in road construction. He now works as a craftsman and is hired when construction work is required in the community. As part of the Community Managed Funds, he continues to be involved in his youth group and wants to train other young men in the construction business in the future.

Gabriel Nii Teiko Tagoe also has plans. "Ga-Mashie has a tremendous potential for regeneration," he says. Public space has created a lively atmosphere in the streets. People opened businesses on the roadside, and there is a growing art and culture interest. Entire walls in Ga-Mashie are full of colourful graffiti, painted by local artists. The city administration wants to maintain this and plans, with the support of UN-Habitat and UNESCO, to renovate the dilapidated historic buildings and create better living spaces for the residents. Then, according to Tagoe, this part of the former Gold Coast could once again attract tourists and open up entirely new opportunities in the streets of Old Accra. 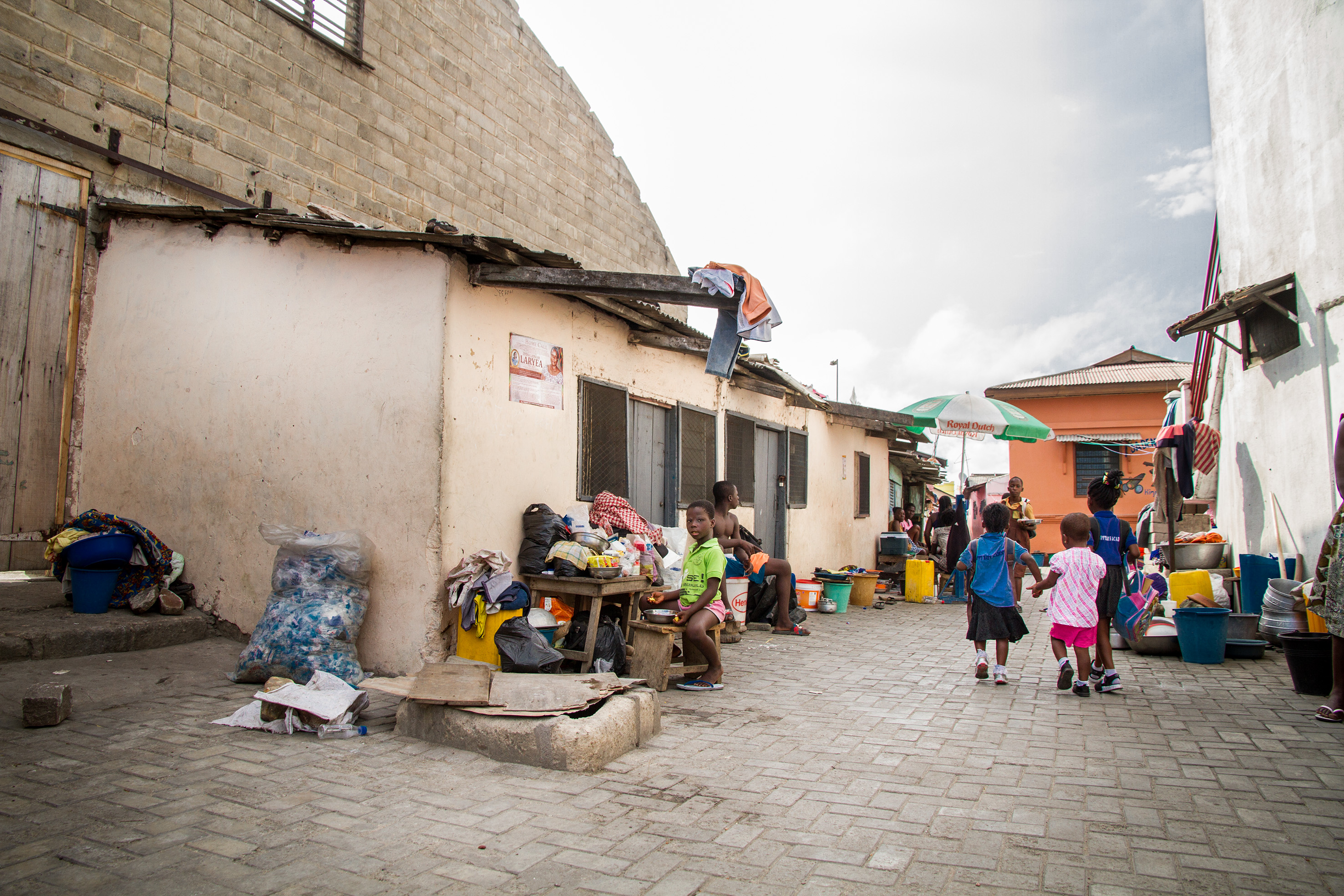 In the planning workshops, the community prioritised paved roads and upgrading of the drainage system.
[UN-Habitat/Kirsten Milhahn]