Abu Dhabi, 13 February 2020 -- The Tenth Session of the World Urban Forum, which attracted over 13,000 attendees and hosted 540 official events, has drawn to a close with a call for united action to ensure a better future for cities and towns.

UN-Habitat Executive Director Ms. Maimunah Mohd Sharif told delegates at the closing ceremony that during the six-day Forum, delegates from all walks of life had highlighted the need for a common legacy of a better world for future generations. She noted that the tenth session of the World Urban Forum in Abu Dhabi had achieved a remarkable number of milestones.

“All of you know that in terms of numbers, quality presentations, gender balance amongst the speakers, the quality of the exhibitions, the integrated spaces and the opportunities for chance encounters, WUF10 has set a new benchmark in this urban Olympiad,” she said.

The three ingredients running through the theme of WUF 10: Cities of Opportunities: Connecting Culture and Innovation are co-dependent and co-creating as human settlements exist and excel on the dynamic mixture of cultures. 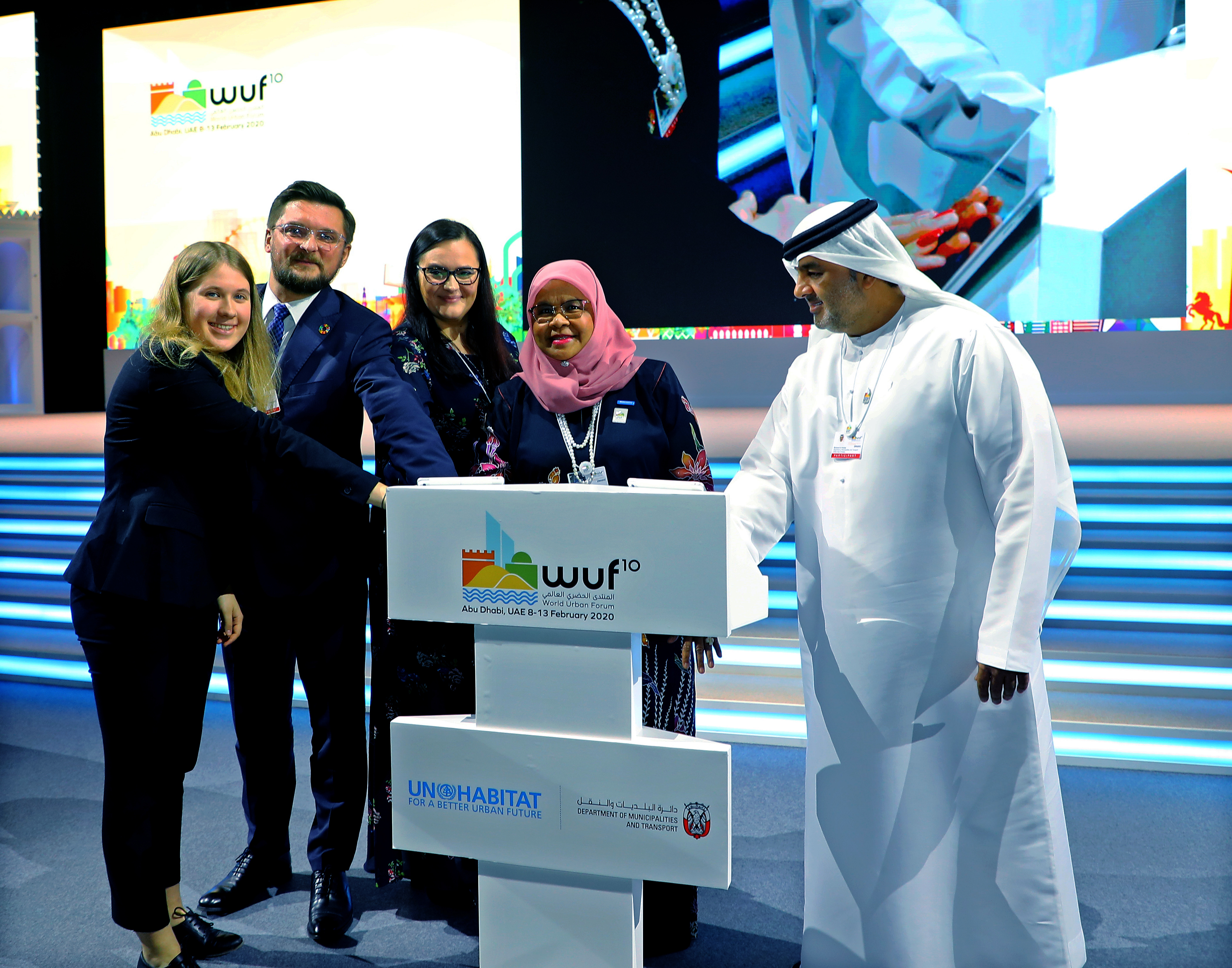 “Actions as you know, speak louder than words and change must begin at home. Our Strategic Plan 2020-2023 and the Flagship Programmes represent our aspirations and will equip us to help Member States, local governments and communities to take up the call to action for sustainable urban development. I call on Member States to integrate the urban dimension in their development plans, and to help us raise the necessary resources to deliver on our commitments,” she said.

Ms. Sharif emphasized that SDG 11 is where all of the SDGs converge for safe, sustainable and inclusive development, noting with satisfaction that through the Abu Dhabi Declared Actions, we now have the what, how and when components.

“It is heartening to know that in the UAE, great efforts are being made to plant thousands of trees to off-set the carbon footprint of our gathering. The UAE is one of the most generous countries, helping where they can and where there is greatest urgency and need,” she said.

The innovative SDG Cities Flagship Programme and the City Investment Facility were very well-received at WUF 10 and UN-Habitat is ready to expand its role as a bridge-builder linking financing with cities to ensure that plan-led development contributes holistically, leaving no one behind.

An economic model based upon the SDGs will not be easy to implement, but as we have heard from local and regional governments, women’s and grassroots groups, business, youth assemblies, we must do things differently if we want to leave a positive legacy for future generations.

“As we work towards reporting on our accomplishments at the eleventh session of the World Urban Forum, allow me to say to the Government of Poland and the city of Katowice that UN-Habitat is ready to work closely with you in the very near future,” she assured the hosts of WUF 11, taking the opportunity to announce that expression of interest to host the Twelfth session of the World Urban Forum was officially open.

Noting that World Urban Forum is not an ordinary event, the Executive Director of Strategic Affairs at Department of Municipalities and Transport and General Coordinator of the World Urban Forum 10 H.E. Mohamed Al Khadar Al Ahmed said hosting the Forum was simply irresistible.

“But to do so successfully takes tremendous effort,” he said, thanking all those who had worked so hard to ensure its success, commending the team–work by diverse groups including many high profile local and international organizations demonstrated what true collaboration can achieve.

“Over the five days, I attended many sessions to monitor the Forum’s progress and was truly impressed by how colossal this event is,” he said, adding that the agenda was extremely attractive with large audiences at every session and a lot of interaction among attendees. 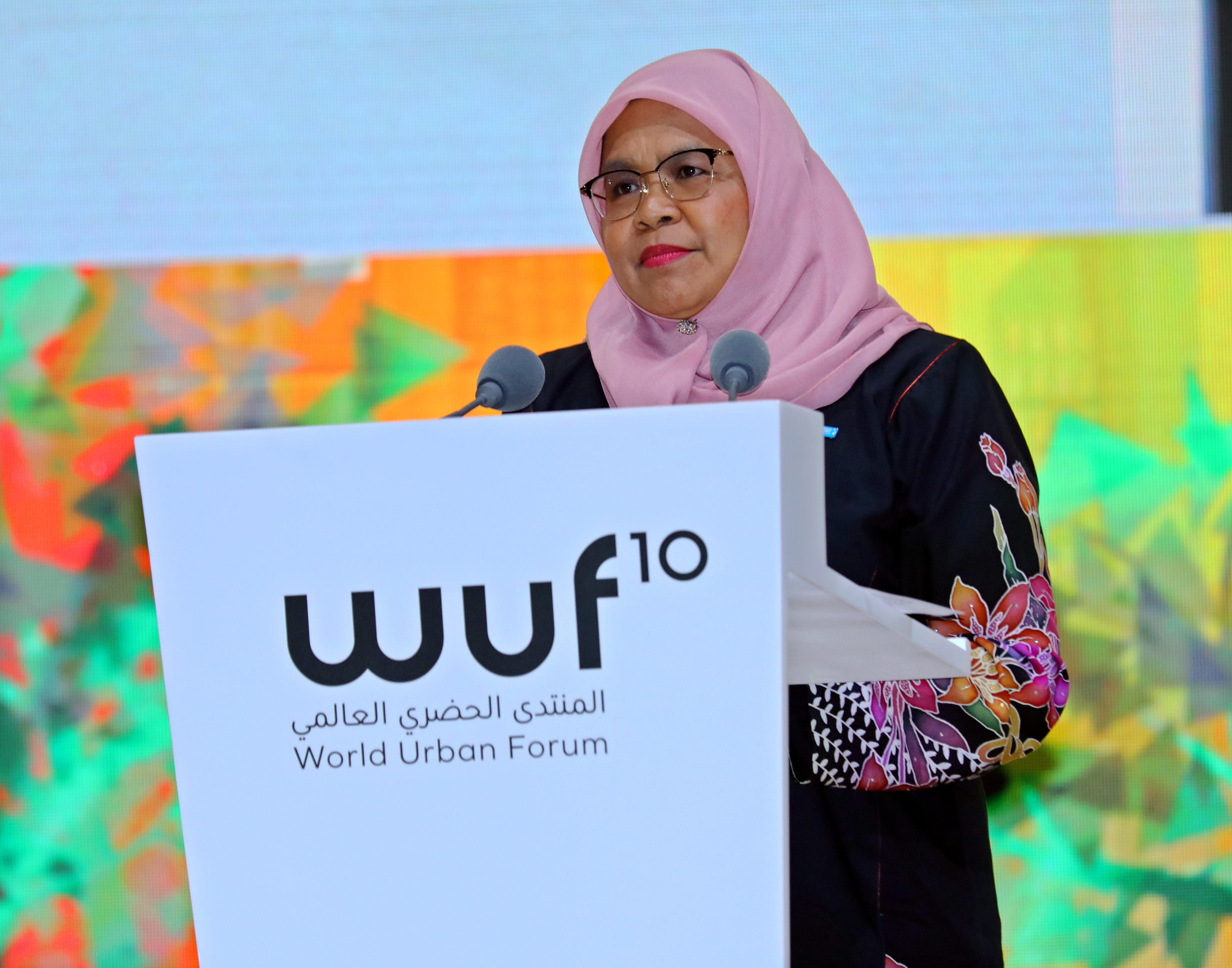 “The richness of the agenda, high profile of speakers, and interesting variety of topics were tremendously breathtaking for us. We have drawn valuable knowledge from the Forum and the end of this closing session our colleagues will announce clear commitments to action by Abu Dhabi,” he said.

He paid special tribute to the Executive Director of UN–Habitat and all UN-Habitat staff, over 500 volunteers among thirty people with special needs, the Department of Culture, and the Abu Dhabi National Exhibition Centre (ADNEC) for their professionalism and commitment in organizing and managing the event.

In a video message to the participants, the President of the United Nations General Assembly Mr. Tijjani Muhammad-Bande commended the UAE and UN-Habitat for organizing and hosting the Forum, one of the first United Nations events marking the milestone Decade of Action and Delivery for Sustainable Development.

“We must continue to implement the New Urban Agenda as one of the most important blueprints for achieving SDG 11 in our cities,” he concluded.

The Secretary-General of the United Nations Conference on Trade and Development (UNCTAD) Mr. Mukhisa Kituyi highlighted the need to take stock of progress made towards achieving the goals set out in the Addis Ababa Action Agenda, the Sendai Framework for Disaster Risk Reduction, the Paris Agreement, the New Urban Agenda and other global frameworks.

“We have fallen behind and as the Secretary–General has proclaimed the Decade of Action, we must look at what we have done right, review the normative background and reject the forces against multilateral action,” said Mr. Kituyi.

Congratulating the hosts and UN-Habitat on the success of the Forum, the Special Advisor to the Secretary-General on preparations to mark the Seventy-Fifth Anniversary of the United Nations Mr. Fabrizio Hochschild Drummond said coming from New York where it is not always easy to be optimistic about the state of the multilateralism or global cooperation, “it is truly encouraging and inspirational to be here and to witness the level of idealism linked to practical reflection and lessons learnt.”

The President of the UN-Habitat Assembly and Under Secretary of Multilateral Affairs and Human Rights of Mexico, Ms. Martha Delgado who co-chaired the Advisory Group responsible for drawing up the final Abu Dhabi Declared Actions said they had listened to participants’ thoughts, wishes and aspirations.

The Abu Dhabi Declared Actions which were presented to the delegates include commitments from international organizations, national, local and regional governments, the private sector, civil society, academia and other stakeholders towards supporting efforts to achieve the Sustainable Development Goals (SDGs) agreed by world leaders in 2015.

United Nations Resident Coordinator for the UAE Dr. Dena Assaf said the Forum has been widely recognized as an outstanding success where thousands of delegates shared ideas, best practices and innovative solutions to some of the most challenging problems facing cities today.

“We are pleased to support the UAE in knowledge and capacity transfer to other countries. The high participation from the UAE and excellent speakers clearly demonstrates the UAE has rich experience to share and is a true leader in innovation and solutions,” she said.

The representative of the Latin American Network of Persons with Disabilities and their Families Mr. Henry Murillo Salazar said that since Habitat III in Quito, and WUF 9 in Kuala Lumpur, there have been more visible efforts to address all forms of discrimination, and place the needs of people with disabilities on equal terms. However, he noted that much remains be done.

Announcing that the next World Urban Forum (WUF) in 2022 would be held in Katowice, Poland the UN-Habitat Executive Director noted it would be the first time for the Forum to be held in Central Eastern Europe.

The Minister of Development Funds and Regional Policy of the Republic of Poland Ms. Malgorzata Jarosinska-Jedynak invited delegates to WUF 11 to witness the urban transformation that has taken place in Central Eastern Europe over the last thirty years.

“In Katowice we want to talk about just transformational changes that leave no one behind. It will be a historic event,” she said. 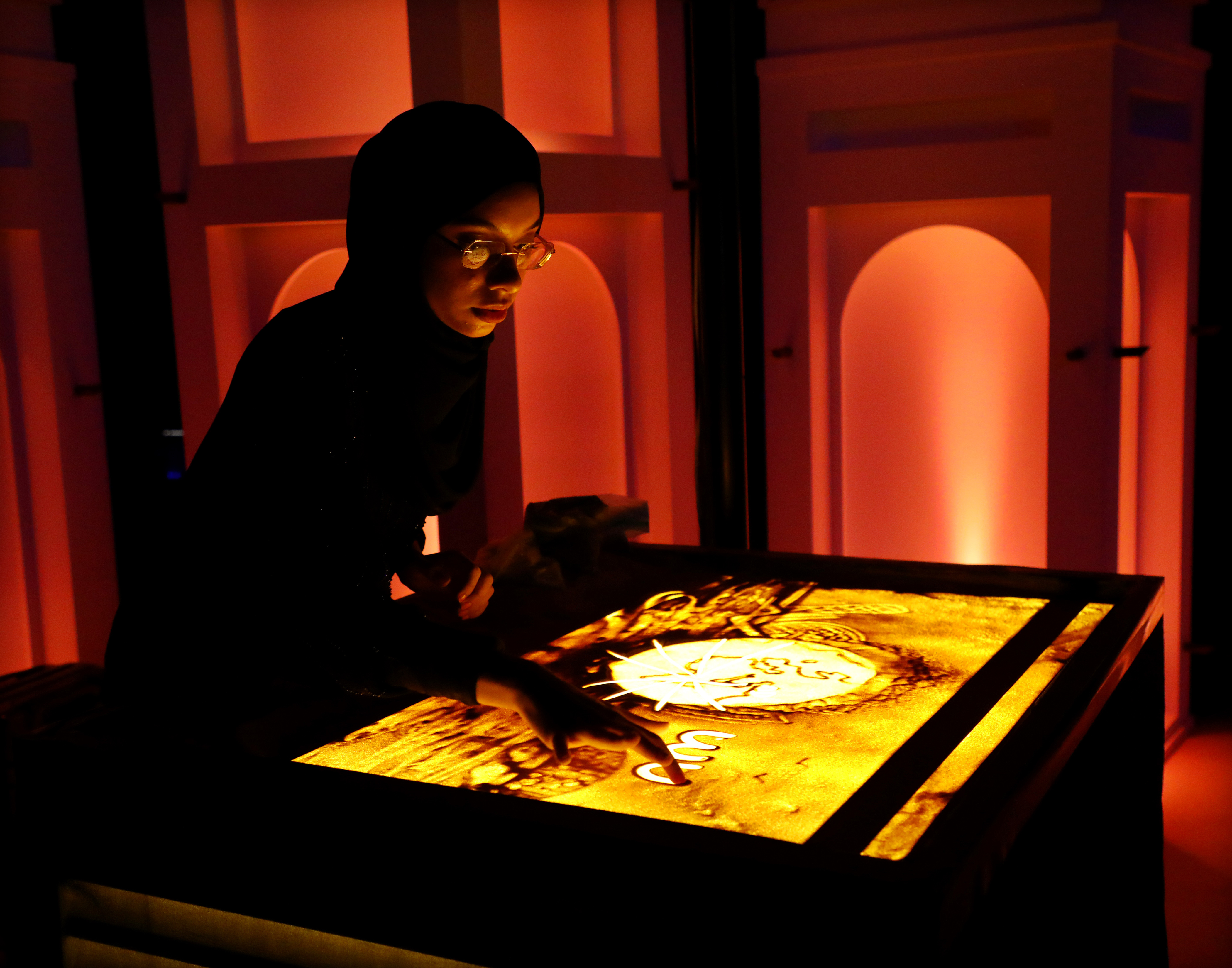