Aden 18 July 2020 --  UN-Habitat together with local partner, Science and Technology Center (STC) -University of Aden, held a workshop in Aden to discuss the State of Yemen Cities Report covering.

The Report covers the cities of  Aden, Taiz, Al Mukalla, Zinjibar and Al Hawtah and is part of Yemen Cities profiles project funded by the  Union.

This report is part of the Rapid city and neighbourhood profiling project which includes State of Cities Report, Urban Profiles with Recovery Plan Reports and an Urban data portal. The project aims to establish a comprehensive urban information and analysis framework that helps for better targeted and coordinated humanitarian, recovery and development of the targeted cities.

A specialized group of university professors, Stakeholders and government representatives and local authorities of the targeted cities came together to discuss the report and its findings and comments will be used to enrich the report.

In the workshop, UN-Habitat representative Mr. Mohammed Zain thanked the European Union for their generous contribution, which will support the sustainable development of Yemen. He also thanked University of Aden experts for their great efforts preparing the report and the valuable information included in this report.

University of Aden Rector Mr Al Khader Laswar stated “this report shows the role of University of Aden and contribution to analyze the current situation, solving community problems and developing proposals for solution and strategic development”. He also mentioned that the workshop was the first activity of the university after stopping for several months due to COVID-19 pandemic, and that the university lost number of its best professors during this period”.

Mr. Rukhsana, the director of STC stated that” The report studied and analyzed the current urbanization challenges and examined the key structural issues affecting Yemen cities on five specific topic areas such as Urban economy and finance, urban housing, urban environment and climate change, and gender aspects of the targeted cities”. 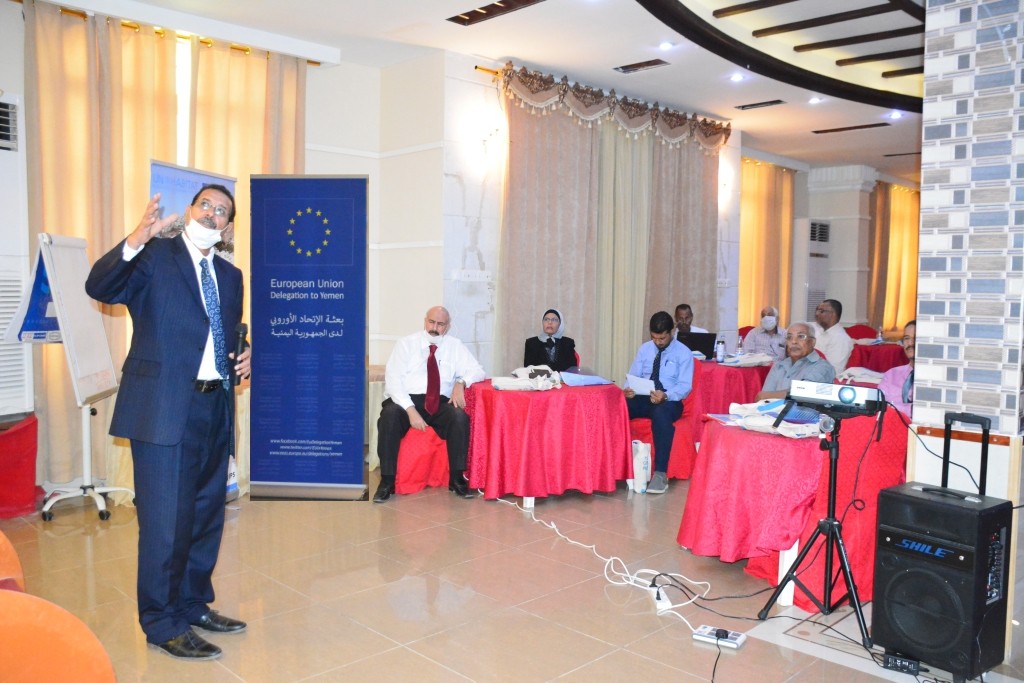