Since the1993 International Conference on Human Rights in Vienna adopted the mantra “Women’s rights are Human Rights” and set into place the Vienna Declaration and Program of Action, an extensive body of normative texts has been adopted at international and regional levels to promote gender equality. These include the Convention on Elimination of all Forms of Discrimination against Women (CEDAW), which provides a solid, legally binding framework for the realization of a full range of women’s rights and the integration of a substantive equality approach at all levels. Strides have indeed been made, and gender dynamics continue to undergo rapid social, political, and economic changes. Women are increasingly represented in almost every facet of social, economic, political, and civil life. In many countries women now have the right to own land and real property, to vote, and to stand for offices previously held only by men. It is generally accepted that the status of women in any country is an important indicator of the well-being of that country. In the words of Nelson Mandela, “As long as women are bound by poverty and … looked down upon, human rights will lack substance.”

Despite these advances, progress has been slow and the situation of women is far from satisfactory. Numerous factors, ranging from cultural and political to economic and patriarchal, continue to undermine women’s rights. To some extent the collision of three trends—globalization, urbanization, and climate change—has made the challenges facing women more complex and more shared than ever before. New threats such as the trafficking of women, climate change-induced migration, and landlessness have emerged, and old problems such as violence against women have intensified and become more pervasive. In many parts of the world women still work more than men, yet are paid less, and positions of power in corporations and government remain predominantly male. Women and girls suffer the most poverty and illiteracy. Women are more likely to suffer abuse than men. Young women are trafficked, forced to work as sex slaves, and face the threat of HIV/AIDS infection. Women bear a disproportionately greater burden than men in the consequences of conflicts. There may arguably be more women in leadership positions, but this does not necessarily translate into gender equality or equal, active participation in decision-making.

While many countries have ratified international conventions and regional agreements guaranteeing women equal rights and protection from discrimination, these agreements have not given rise to better living and working conditions for women. The elaboration of declarations promoting basic rights and international accountability is inadequate on its own to ensure that women’s rights become a reality. We cannot accomplish the goals of gender equality in health care, education, standards of living, security, and employment until we address the cultural and economic conditions that underpin inequality. Gender inequality is deeply rooted in economic and social structures and mind sets that have become entrenched over centuries and generations. Until we develop strategies to transform societies by changing the conditions that are midwives to the ills we seek to eradicate, our efforts will continue to yield less than satisfactory results.

The lesson is that as we deal with the symptoms of the crisis—by ensuring that victims of gender violence and discrimination have access to the courts and receive the necessary support, by combating all forms of violence against women, working to make homes, villages, and cities safe for women, ensuring that women’s rights are integrated into international and regional human rights protection systems, and ensuring effective participation of women in decision-making bodies—we must contextualize the struggle in the conditions that produce the symptoms we seek to eradicate. Economic conditions, poverty, male-dominated political party systems, and cultural norms impede the full participation of women in society and make it difficult for them to realize their full potential. In rural communities all over the world, women struggle with lower productivity, smaller farms, and less access to financing and farm inputs. When they have children the greater burden of bringing up children is on them. In times of illness, women are the primary caregivers and bail out inefficient or non-existent state health facilities. We need to create services that ensure these burdens do not fall only on women. We need to facilitate strategic research and planning to strengthen women’s rights to use, control, and transfer land as well as access the economy. Access to Land is vital to the empowerment of rural women.

One of the biggest challenges to gender equality—and indeed to the eradication of any form of discrimination, including racial—continues to be the stereotypes in traditional and popular culture and the media. The battle to change the mindset is still far from won. Our educational systems bear part of the responsibility for producing mind sets that perpetuate negative attitudes toward women. Educational systems must therefore prioritize changing stereotypes that perpetuate gender inequality and discrimination. We also need to emphasize that gender equality is intrinsic to security and development. Unless women are able to exercise their human rights freely in societies where they live, true development will not take place.

We need to critically examine what has been achieved and what lessons have been learned. How do these inform the areas of research and activism? In the end we cannot accomplish the goals of gender equality without involving local communities and men; they need to be brought onboard the struggle for a just and equal society. The goal should always be to ensure that women play a pivotal role in the management of their own affairs. Equality is ultimately a principle of human dignity for both men and women at all levels of political, economic, cultural, and social organization and structure. On our journey to the world of equality that we seek to establish, we need leadership at local, national, and international levels who share in the vision of a transformed society that celebrates inclusiveness, fairness, and the equal worth of men and women. 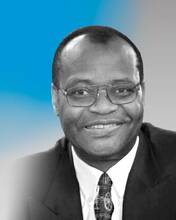 Muna Ndulo is an internationally recognized scholar in the fields of constitution making, governance and institution building, human rights and Foreign Direct Investments. He is a Professor of Law at Cornell Law School and Director of the Cornell University’s Institute for African Development. He is Honorary Professor of Law, Faculty of Law, University of Cape Town. He has close to 30 years of extensive international experience serving as adviser to the UN, other multilateral organizations and governments. He is founder of the Southern African Institute for Public Policy and Research (SAIPAR) and member of its Board of Directors. He is a member of the Board of the African Association of International Law, the Advisory Committee, Human Rights Watch, (Africa) and he serves as Chairperson for Gender Links, a South African NGO. He has published 14 books and over 80 articles in academic journals.
Categories
MEDIA CENTRE