Using rubbish to generate electricity and employment in Kajiado County

+ Download the response plan + View the COVID-19 Appeal + Join us
"We have been to Ngong town and seen students crossing through the dumpsite to go to school.
The need to improve waste management in this area cannot be over emphasized, it is key to create a sound environment for all"

NAIROBI, 30 May 2019 – For the past 30 years the residents of Ngong town have been throwing their rubbish into Oloolua open dumpsite right in the middle of their area. But a new project plans to turn the rubbish into fuel and electricity.

Although the dump has been declared illegal residents throw around 60 tonnes of waste a day into it. But new project aims to close and rehabilitate the dumpside, create a modern waste treatment plant that can handle 130 tonnes a day and to build Integrated Resource Recovery Centre .

The Government of Kenya, the Government of Italy, UN-Habitat and Kenya’s County Government of Kajiado have already taken a big step towards improving waste management in Ngong town and Kajiado County. This through a feasibility study, funded by the Italian Agency for Development Cooperation, on the closure of an informal landfill and the identification of alternative and sustainable solutions for the creation of an integrated waste management system. The study was facilitated by UN-Habitat and carried out by a consortium formed by the Politecnico di Milano, the Technical University of Kenya and LDK Consultants Engineers and Planners.

During a press conference on the sidelines of the first UN-Habitat Assembly in Nairobi, Dottoressa Angela Loi, the First Secretary of the Italian Embassy in Kenya, said the project could be a model for other cities in Africa and Asia and announced that the Italian Government would give EUR 20.5 million Euro for the project.

The study, found that two thirds of the dumpsite waste was organic and could be used to make fertilizer. At the Centre, organic matter will be used to generate biogás (a biofuel) and electricity, and valuable resources will be recovered through recycling and re-use of waste. A solar power system will run the plastic shredding machine, glass cutting machine, lighting and part of the bio dryer and extra electricity will be sold to the national grid.

Mr. Paolo D’Amato, representing the Italian Agency for Development Cooperation, said the rehabilitation of the dumpsite is crucial for Kajiado County.

“We have been to Ngong town and seen students crossing through the dumpsite to go to school. The need to improve waste management in this area cannot be over emphasized, it is key to create a sound environment for all,” he said.

Mr. Vincent Kitio, Chief of Urban Energy Unit, UN-Habitat said alongside the project there should be education and creation of awareness at the household level on disposing of rubbish properly. 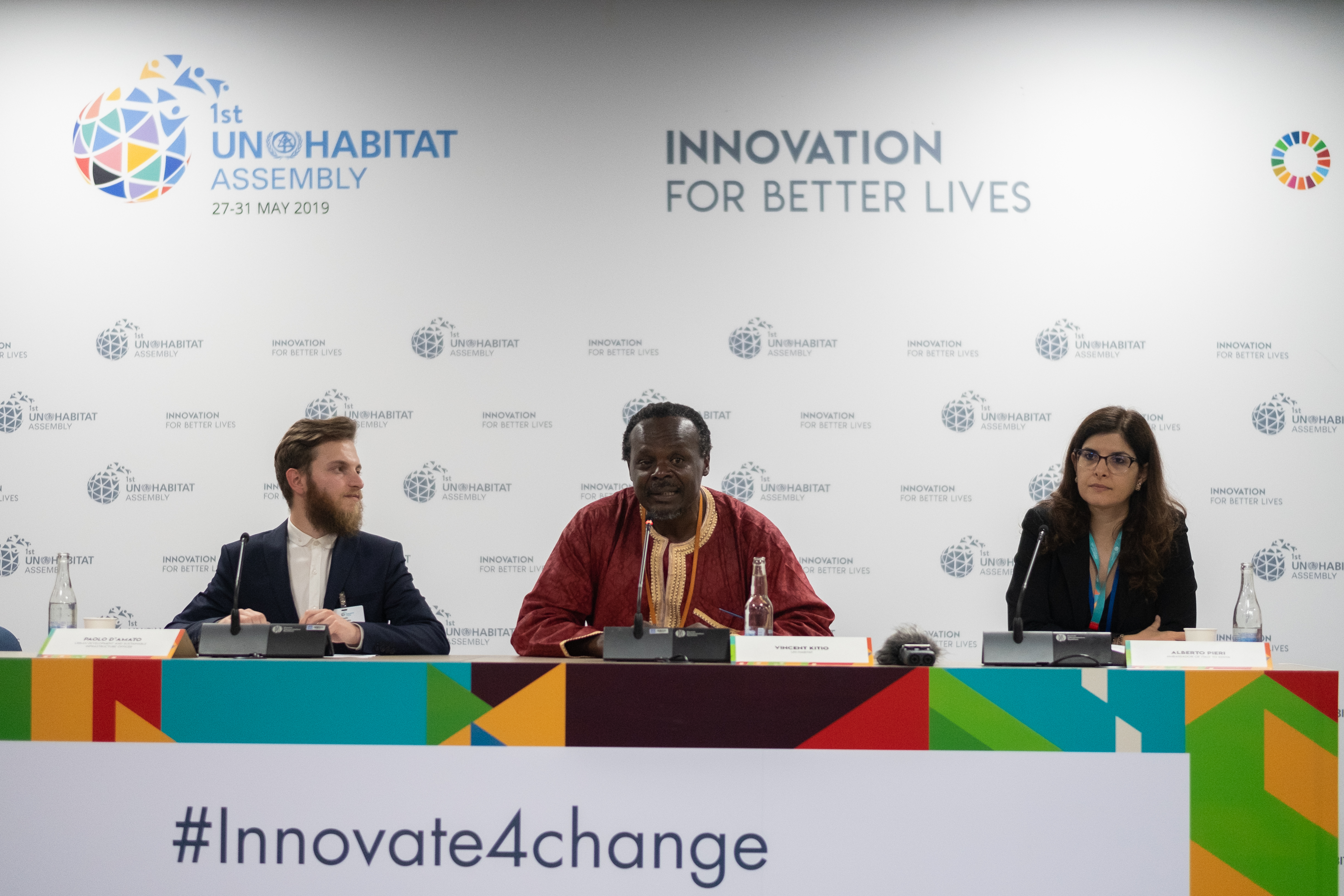