The upcoming UN Climate Action Summit aims to boost ambitions of fighting climate change. In that context, UN-Habitat is supporting one of the nine action tracks designated by the Secretary General: ‘Infrastructure, Cities and Local Action’ under the leadership of the Governments of Kenya and Turkey.

As climate change puts countries under high pressure to rapidly decarbonize and adapt to escalating risks, cities are increasingly brought into the heart of climate action. Because the speed of urban growth is unprecedented and greenhouse gases emissions are predominantly city-based, the urban space matters more than ever. Helping cities decarbonize and adapt to climate change has become one of the central objectives of UN-Habitat.

Climate risks have pushed about a thousand cities worldwide to declare a climate emergency. Experiencing either more droughts, sudden floods or intense heatwaves, they are raising red flags as their community’s health, wellbeing and environment are at risk. Some are also going through slower-moving disasters like sea level rise, to be anticipated as it will put millions at risk, populations and assets alike. They call for urgent and decisive action to restore a safe climate. For many cities, the question is how to adapt to upcoming climate change induced risks. For some it is whether they should rather relocate given the unbearable costs of adaptation and the seemingly unrecoverable basic quality of life with all urban indicators in the red. In any case, hungry, thirsty, suffocating, flooded cities raise their ambitions, conceive and implement action plans. They are likely to boost emission cuts and help reach the climate targets of the Paris Agreement. In that context, UN-Habitat, the lead UN player on cities, is also poised to play an increasing role in supporting cities to deal with the escalating climate crisis.

Engaging cities is essential in order to instill local ambitions and UN-Habitat, as part of the Global Covenant of Mayors, is guiding cities establish robust climate agendas to address risks and contribute to emissions in a coordinated manner. Over 9,000 cities and local governments representing more than 800 million people have committed to climate action through the Global Covenant of Mayors. By 2030, they could collectively reduce 1.3 billion tons of CO2 emissions per year, the equivalent of taking 276 million cars off the road. As such, cities are inspirations in the current pessimism of the climate and development crisis. 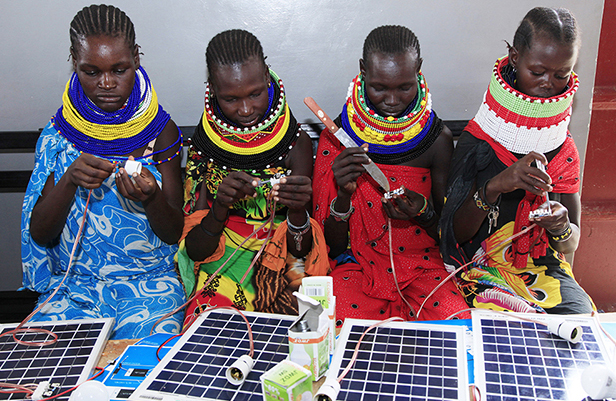 Also, cities are where global and local priorities intersect. For instance, introducing a low carbon city mobility plan not only cuts future emissions, but also brings new jobs to communities while improving lifestyles and health. The Urban-LEDS project, in partnership with Local Governments for Sustainability - ICLEI, is an example of how UN-Habitat helps cities in fossil fuel divestment while reinventing local economies and preparing for the impacts of 2,3 or even 4 degrees. UN-Habitat has been active in 60 cities in Bangladesh, Colombia, Lao PDR, Rwanda Brazil, India, Indonesia and South Africa. While cities need to actively implement low-emission pathways, they also need to develop robust pro-poor adaptation and resilience frameworks. UN-Habitat supports the assessment of climate change vulnerability and city-level resilience in developing countries contexts such as Ouagadougou (Burkina Faso), Lami Town (Fiji), Honiara (Solomon Islands), and Montego Bay (Jamaica). Vulnerability assessments have lead to plans and concrete financed actions by international climate funds.

Mitigation needs to increase critically, and cities are meant to play a major role in boosting emission cuts. At the same time, adaptation needs to reach new ambition levels to address the increasing climate change threats. While cities are growing and hosting increasing numbers of refugees, economies of scale in cities is proven to help investments in new low-carbon infrastructure and adaptation projects reach larger number than if done in rural areas. Strategic choices need to be made but overall cities provide opportunities for catalytic investments.

UN-Habitat is in a unique position to work at the forefront of climate action with cities and all levels of government by guiding urban transformations. The agency helps national and local governments deal with radical changes in the way they plan, design, build and manage cities but also in core industries dealing with infrastructure, housing and energy, the ingredients for cities to function and thrive differently. Also, UN-Habitat possesses unique skills to work with urban communities on the ground with about 30 years of experience in order to instill climate action at the community level. Cities and communities are were joint action can start, learning to build a future together coping with the rapid changes to move towards a low carbon fossil-free future through effective solutions.

UN-Habitat is engaged in addressing the urban poor first. Because climate change is a poverty multiplier, urban slums and informal settlements are the most exposed and vulnerable communities impacted. Pro-poor approaches to climate action entails addressing vulnerability in cities by embedding the multiple risks in strategies and actions. For instance, the global Participatory Slum Upgrading Programme now includes climate action protocols decided with communities. Another example is the City-Rap Tool that guide resilience action planning in vulnerable communities. It has been used to support 24 cities globally in order to integrate disaster risk reduction plans into city planning. Going to the next level, a new ambitious flagship initiative will be presented at the Climate Summit on ‘Building the Climate Resilience of the Urban Poor’ with the objective of helping 150 million vulnerable slum-dwellers adapt to climate change. It is supported by UN-Habitat and engages 14 partner organizations meant to work in 140 hotspots cities in 50 developing countries. 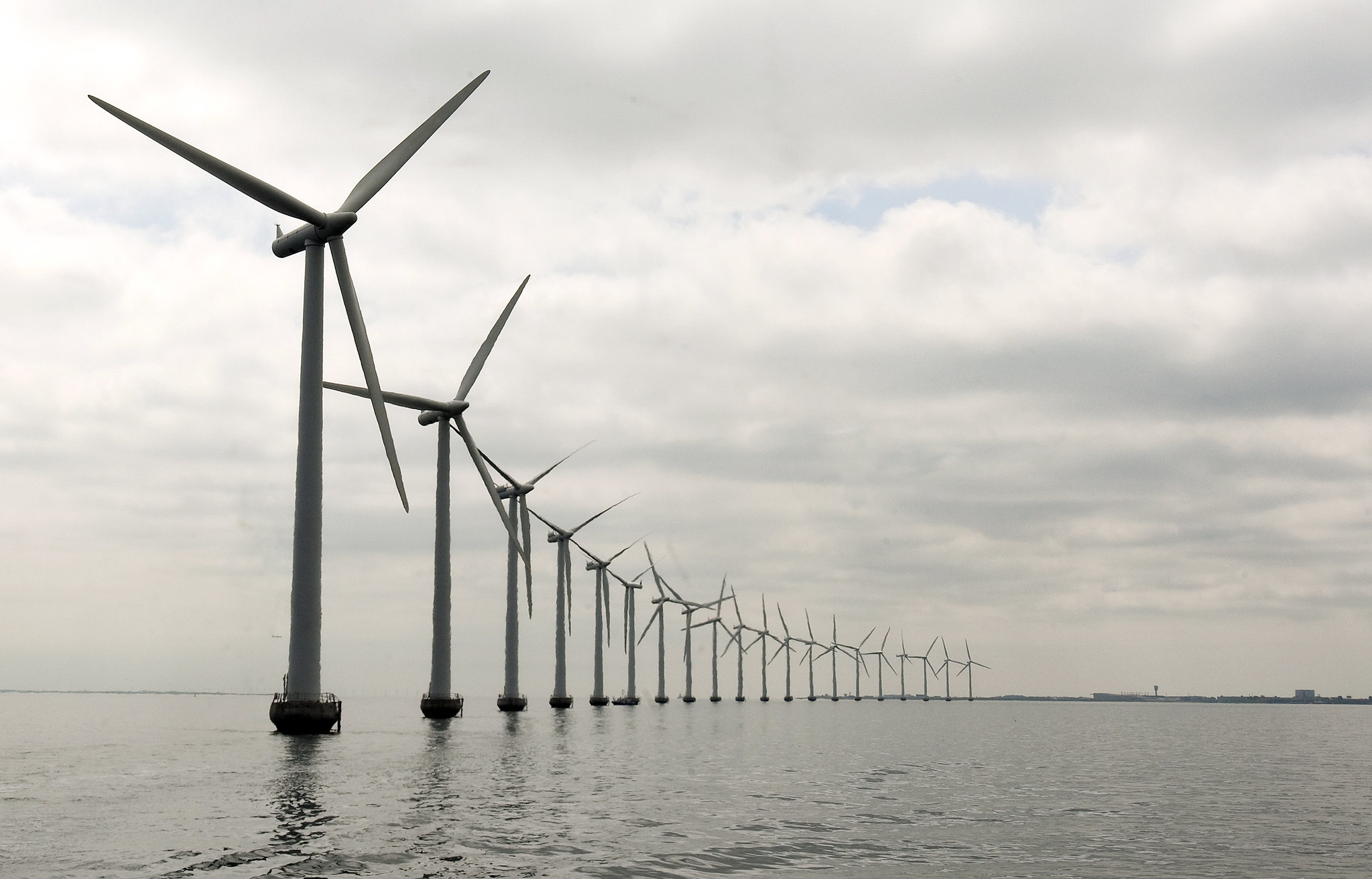 The Middelgrunden Off Shore Windturbines located in the Øresund Straight, delivers renewable energy to the city of Copenhagen.
[UN Photo/Eskinder Debebe]

Building differently means reducing GHG emissions from buildings that currently represent approximately one quarter of total global emissions. In order to remain under the 1.5°C threshold advised by the IPCC, emissions from buildings must be reduced by 80 to 90 % by 2050. This requires retrofitting 5% of all buildings in developed countries every year from 2020, and ensuring new urban construction becomes fossil fuel free, along with efficient, compact urban design. UN-Habitat helps partners in cities to access the recyclability of building materials in housing projects, such as through Sherpa, an evaluating tool for city leaders. The agency has also been engaged in a large scale initiative to promote energy efficiency in building in East Africa to help knowledge transfer for energy access, efficiency and low-carbon technologies in the field of sustainable housing. 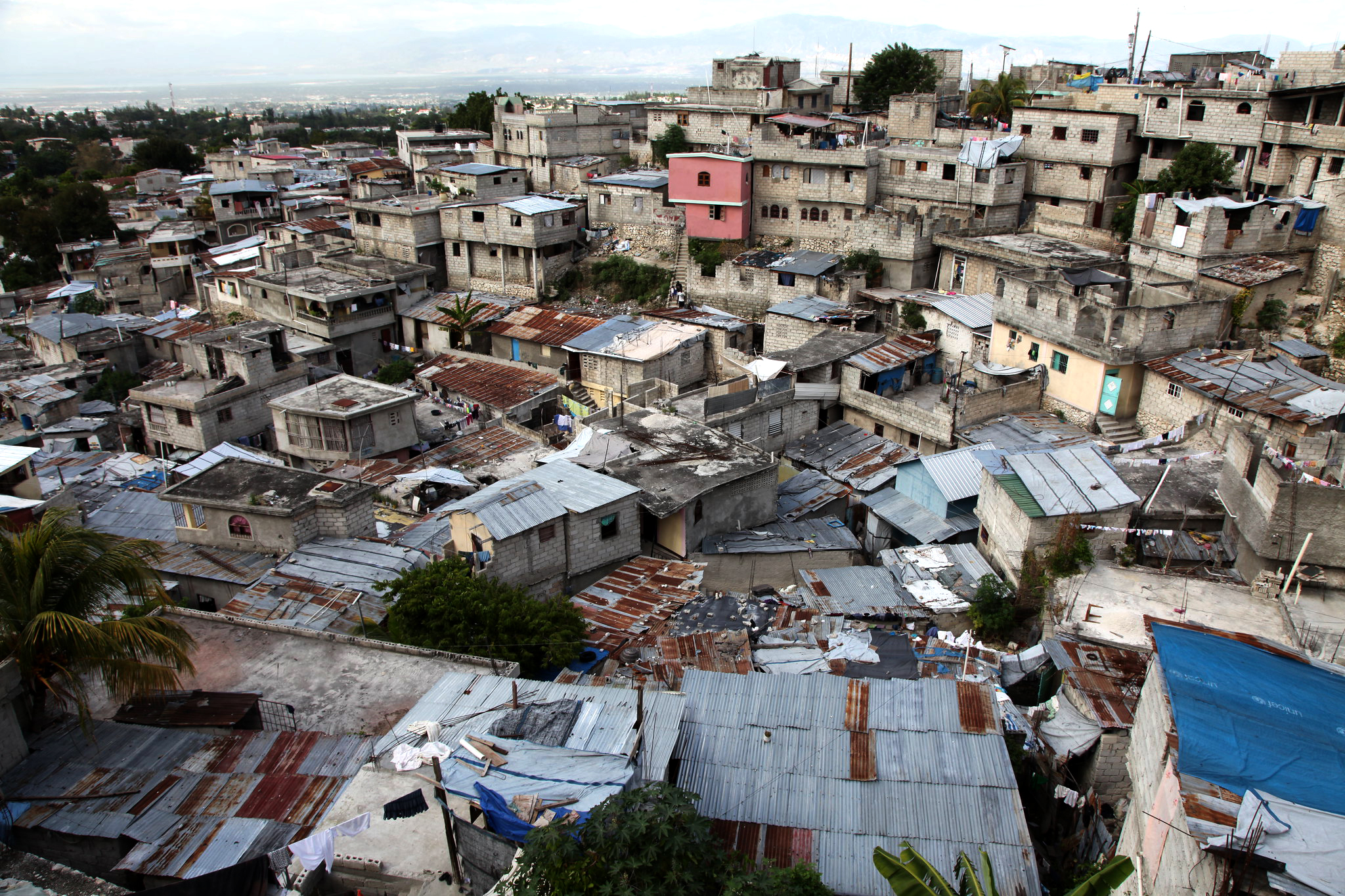 UN-Habitat plays a lead role on cities in the UN System since the Habitat II Conference in 1996 when countries have truly realized the central role of urbanization in development. Since then, the development community has inexorably pushed the urban agenda to all levels of decision-making. Now cities are also at the heart of the battle to address the climate crisis, by delivering locally in order to help reach global targets. In the Paris Agreement, cities and subnational authorities as non-party stakeholders were explicitly invited to scale up efforts to reduce emissions and adapt to climate change. Indeed, they are likely to play a major role in the journey towards decarbonization and the restoration of eco-systems. And without cities acting on climate change, attainment of the SDG’s will become impossible.

In the New Urban Agenda, member states committed to integrate climate change adaptation and mitigation considerations into urban and territorial development and planning processes by 2036. Indeed the scale and speed of urbanization are unprecedented, so is the climate crisis. There is no time to waste. Not only we need more specialized skills to address the specific challenges of climate change in cities but we need to increase collaborations between all levels of climate action to address climate change holistically.