Kinshasa, Democractic Republic of Congo, 14 December 2021 – A stakeholders discussion gathering organised by UN-Habitat has identified the need for greater public awareness of solid waste management in the capital, as well as potentials for economic growth and job creation.

Experts from the national and local government, non-governmental organisations, the private sector, and international cooperation agencies attended the November 29-30 workshop in Kinshasa. The Sanitation Division of the Ministry of the Environment and Sustainable Development partnered with UN-Habitat’s African Clean Cities Platform in organising the event.

The workshop provided a platform to present results by a study that was conducted by Japan International Cooperation Agency (JICA) on solid waste in Kinshasa in 2019 in the three municipalities of Gombe, Kalamu and Kimbaseke.

This study showed that the population of Kinshasa produced on average 0.50 kg of waste per person daily and discovered that households were willing to pay a fee for collecting waste based on their means.

“Poor municipal solid waste management has a serious impact on public and environmental health.… But the good news is, there are already solutions: the 5Rs - rethink, refuse, reduce, reuse and recycle. If the whole world practices the 5Rs, there is almost no waste, only resources,” said Nele Kapp, UN-Habitat’s Associate Expert told the workshop.

Also addressing the workshop, Emmanuel Biey Makaly, Professor for Environmental Sciences at the University of Kinshasa, said “Kinshasa would not have a waste management problem if everyone did their part. Since in Africa it is estimated that 68 per cent of solid waste is organic waste, the people could manage it if they were informed about making it valuable.”

In Kinshasa, 85 per cent of solid waste is not properly disposed. 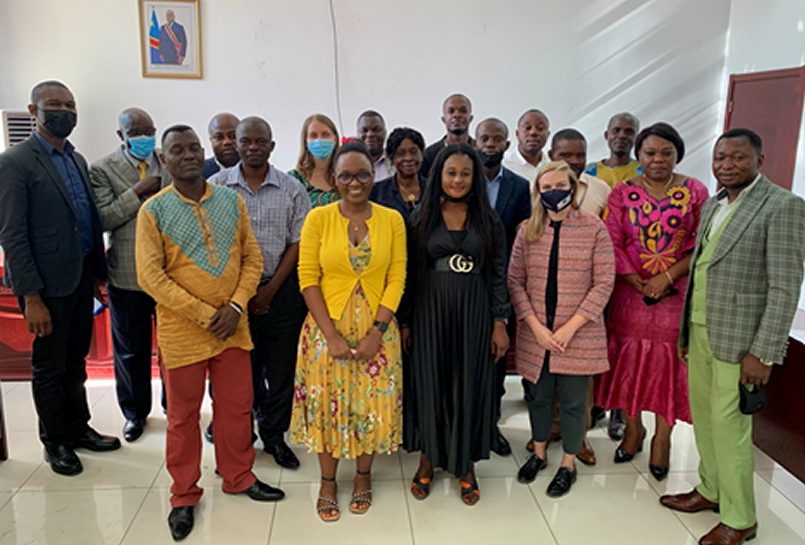 Another topic the 30 participants discussed was plastic solid waste and how it can be both a burgeoning problem and economic opportunity in areas of recycling, transforming and reusing plastic and organic waste to generate wealth and energy.

“The plastic waste could then be delegated to the private sector, leaving just about 10 per cent of the total waste to be managed by the city,” Professor Biey Makaly added.

Alphonse Mata, one of the people active in the field, said his charity, Tearfund, has already created 71 jobs with the recovery of plastic waste into tiles, bricks, shoes, handbags, and similar products.

Alexander Bamanisa, managing director of CleanPlast, said his company paid individuals 250 Congolese Francs (USD 0.13) per kilo of plastic waste and used them to prepare 40,000 tonnes of plastic for recycling every year.

Participants also agreed that if people were made aware of the value of the plastic waste they produced every day, then cleaner plastic would be available for recovery, instead of the private sector having to pick their feedstock out of rivers or from the street.

The workshop concluded with participants dividing into four teams in which they identified the challenges and solutions encountered in transporting and collecting solid waste, recycling of plastic waste, recycling of organic waste and the final disposal.

The main challenges they identified for each of the topics was the lack of awareness on solid waste recycling options and the lack of infrastructure, including sorting facilities, and compost beds/pits to put the existing laws into action.

The participants believed that many of these challenges would be resolved if the government would collaborate more with the private sector, provide good infrastructure, and raise awareness about solid waste management.

UN-Habitat will use the results of the workshop as a base in its work to support the government of DRC and the city of Kinshasa to develop new projects and identify primary investments in the field of solid waste management.

It was established in 2017 by representatives from 24 African countries together with the Ministry of Environment of Japan, the Japan International Cooperation Agency (JICA), the City of Yokohama, the United Nations Environment Programme (UNEP) and the United Nations Human Settlements Programme (UN-Habitat). As of December 2021, 89 cities and 42 countries have become members of ACCP.