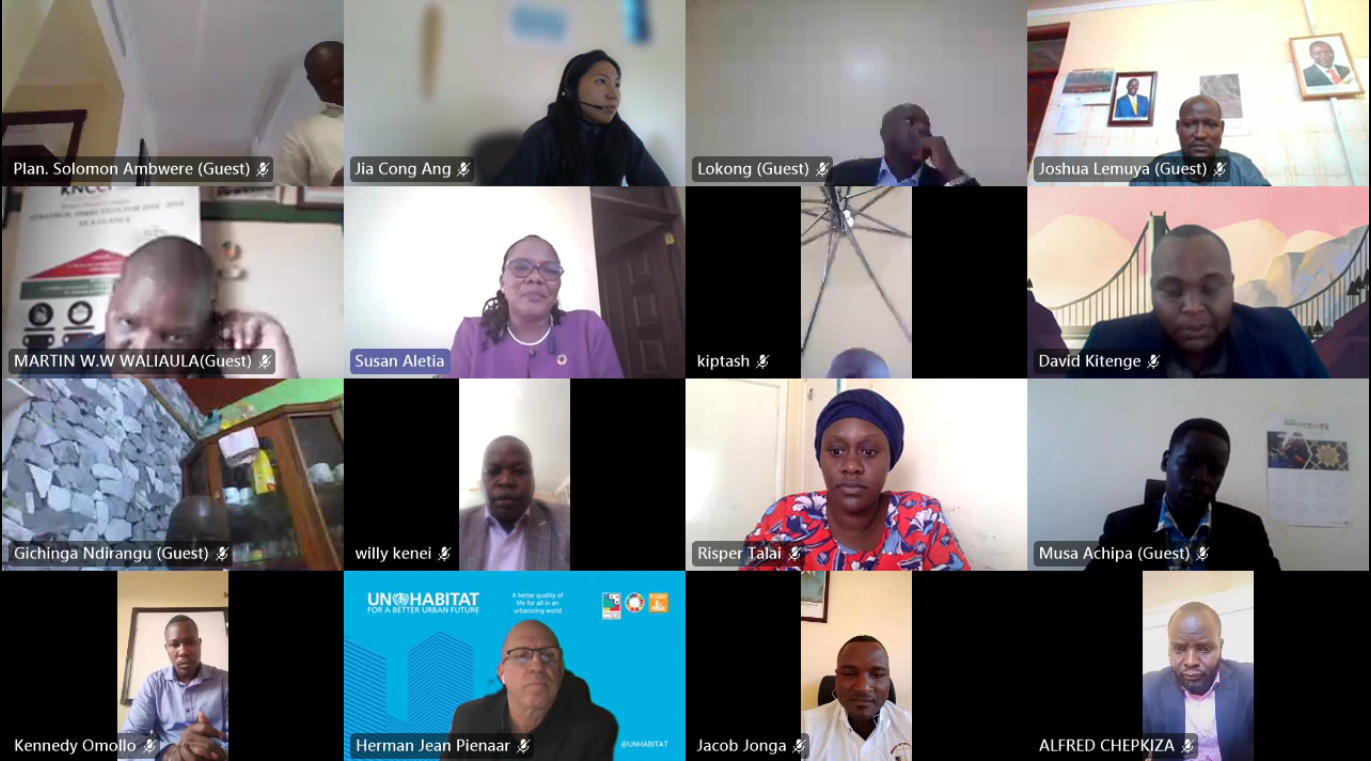 The workshop focused on two on-going regional infrastructure projects - the A1 Road and the planned Lamu Port South Sudan Ethiopia Transport (LAPSSET) corridor, in relation to Turkana West development. The meeting aimed to facilitate discussions among participants on the emerging opportunities and challenges created by refugees, migration and rapid urbanization in the region.

Through the partnership of Cities Alliance, Turkana County and UN-Habitat, spatial and development planning is on-going with the aim of strategically positioning the Kakuma-Kalobeyei area of Turkana West along this corridor. Thousands of refugees and host community live in Kakuma-Kalobeyei area.

In his statement during the opening session, Uasin Gishu County Governor and NOREB chairman Jackson Mandago-Egh stressed the importance of “implementing contemporary urban planning which meets the aspects of sustainability and addresses the dynamics of present day and future cities.”

Acknowledging the fundamental role that counties will play in light of the rapid urbanization, Solomon Ambwere from Kenya’s State Department of Housing and Urban Development stated that the Corridor is “becoming a magnet for investment” and hence, “counties should have proper plans and strategies to avoid past failures” in managing rapidly growing cities and towns. He emphasized that the LAPSSET corridor has the potential to configure another urbanization and economic corridor in the region.

Hermann Pienaar, from UN-Habitat reiterated  the importance of urban planning in a region that is facing many opportunities and challenges emphasizing the people centred approach in promoting investments that resulted in inclusive development. Florence Lozet from Cities Alliance highlighted the importance of the joint programme with UN-Habitat, which is designed to “strengthen local economy, explore how cities can be connected to promote regional development and promote the integration of migrants and refugees” along the corridor.

An overview of the Kalobeyei Integrated Socio-Economic Development Programme (KISEDP) was presented by UNHCR representative Kahin Ismail who spoke about  the importance of “taking the programme to the next level” by partnering with municipalities to lead the planning processes, providing financial autonomy to refugees who are now receiving cash and promoting the economic integration (of refugees and host community) by working with the private sector.

The first session focused on current migration and urbanization debates and discussed the impacts of increased regional and cross-border migration and urbanization that will probably accompany increased connectivity. Speakers included representatives from  Uasin Gishu, Trans-Nzoia and Turkana counties,  NOREB , the Kenyan Government and UN-Habitat The afternoon session addressed avenues for achieving increased regional economic connectivity and inter-linkages within the region and speakers included representatives from LCDA , local governments, regional branches of the Kenya National Chamber of Commerce as well as Government representatives from South Sudan and Uganda.

Participants expressed interest in creating a regional alliance of cities and towns that focuses on addressing sustainable urbanization and development along the corridor and the NOREB region. UN-Habitat announced that a second forum will be held in the coming months, where the on-going spatial and development planning work in Turkana West and policy issues emerging from the project activities will be shared.

The meeting came  in the context of UN-Habitat and Cities Alliance project “Sustainable Economic Development Along Turkana West Development Corridor Through Enhanced Connectivity”. Turkana, as explained by Baraka Mwau from UN-Habitat, “plays a strategic role considering the two major corridors that are converging in the county”. The project is financed by the Swiss Agency for Development and Cooperation.