Ouagadougou, Burkina Faso - 25 February 2021; With over one million internally displaced people in Burkina Faso, the European Union has launched a project to support four of the cities most impacted

As insecurity has forced many to flee their homes, some cities in the Central Nord and Sahel regions have seen their population doubling or tripling in a few months. Despite the generosity of the host communities, there is a lack of adequate housing and shelter and basic services and commodities, including water, sanitation and food. 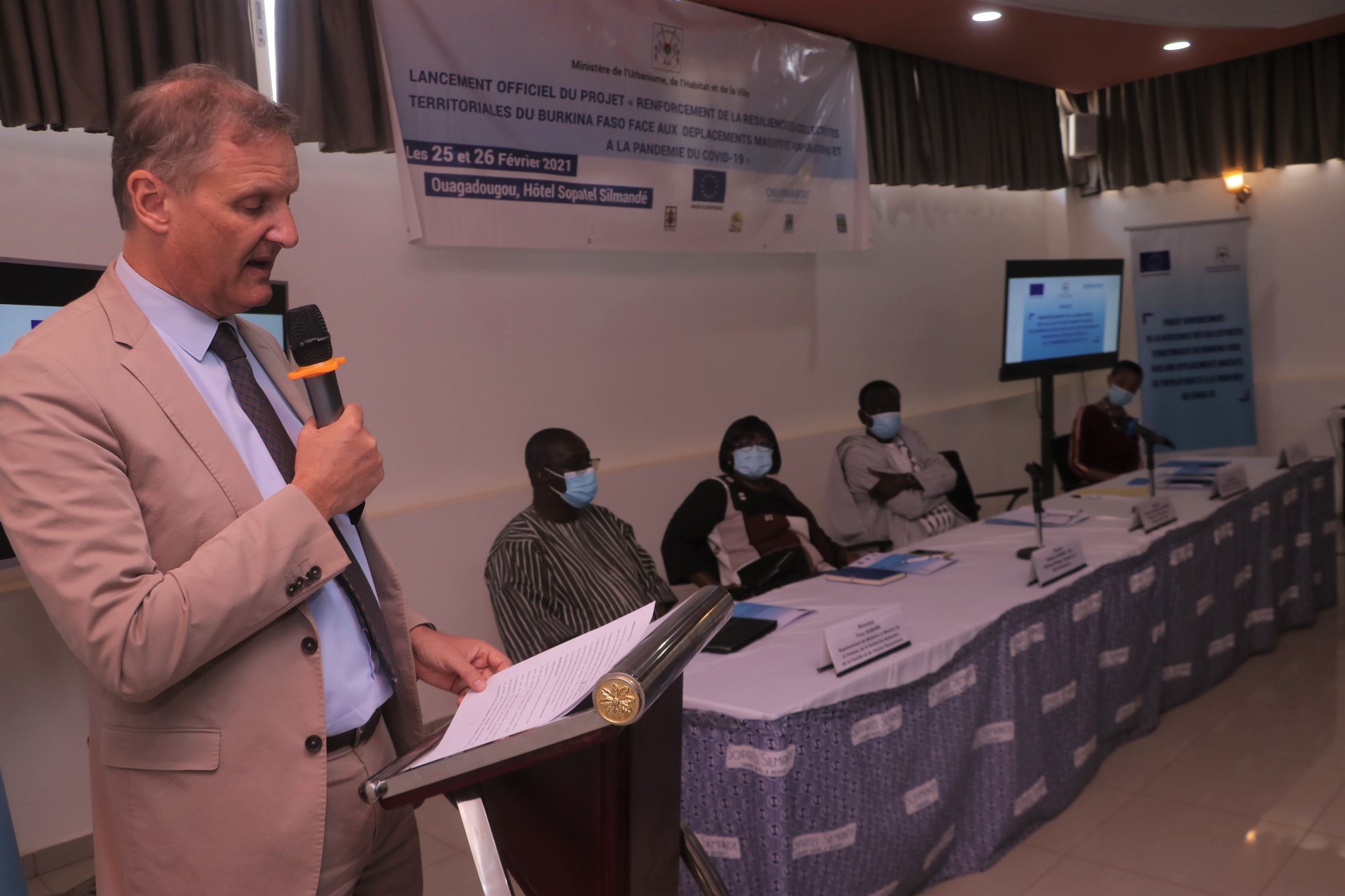 EU Ambassador to Burkina Faso, Wolfram Vetter, opens the launch of the Increasing resilience of communities impacted by internal displacement and COVID-19 project funded by the EU andbeing implemented by UN
[UN-Habitat]

The EU Ambassador highlighted the importance of adequate housing and access to water and sanitation, particularly in light of the ongoing COVID-19 pandemic. The project’s budget of nearly EUR 4 million will be used to upgrade or newly build 500 houses in the four municipalities and for public infrastructure including water, sanitation, schools, health and community centres will benefit both host and IDP communities.

“The European Union created the Instrument contributing to Stability and Peace (IcSP) to provide rapid support to the country in crisis. With this project, the European Union aims to increase the capacities of local actors in urban planning, and promote  or establish mechanisms for participation of all relevant stakeholders, including representatives of host municipalities and municipalities of displaced persons,” he said. 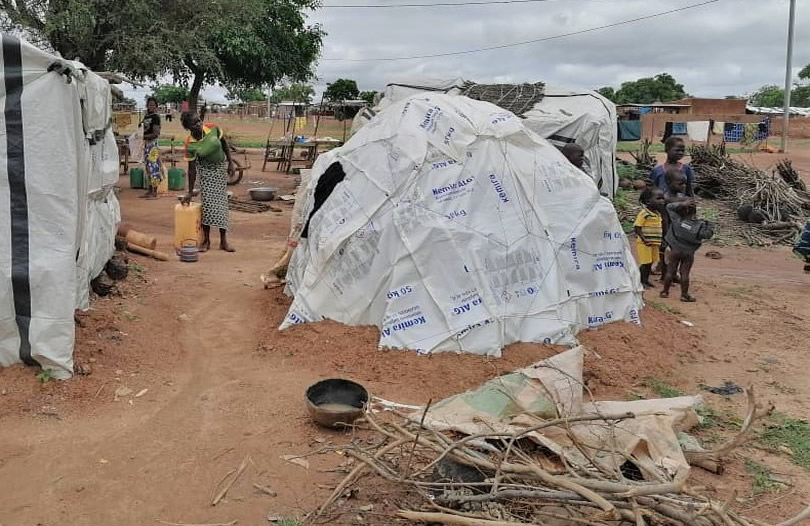 The launch was also attended by the mayors of the four municipalities - Kaya, Dori, Kongoussi and Tougouri, Regional Governors of the Central Nord and Sahel region, civil society, host and IDP community representatives, relevant ministries,  NGOs, UN agencies and partners such as Expertise France, REACH and Agence Perspective.

Mr Amed Aziz Diallo, representing the four Mayors, underlined their willingness to support the implementation of the project.

Mr Oumar Sylla, UN-Habitat’s Director Regional for the Regional Office for Africa, who participated in the session virtually, underlined that UN-Habitat works in close cooperation with mayors and regional authorities and that the project will benefit all people in vulnerable situations through its area-based approach.

“Local authorities are at the forefront of actions in this displacement crisis. We have to tailor interventions to the needs of the population and improve living conditions for all, in coordination with the local actors. Only then, our impact can be sustainable,” he said.

Several speakers mentioned that decisions on priority interventions will be taken by Community Committees (Cellules Municipales de Résilience Urbaine), which include representatives of host and IDP communities, the mayor, representatives from different sectors and humanitarian and development actors. It was emphasized that this will ensure local ownership, increase social cohesion and ensure sustainable action.