Dakar, Senegal 4 March 2020---UN-Habitat and partners: the European Investment Bank (EIB), European Commission DG DEVCO, International Growth Centre (IGC), as well as the United Nations Capital Development Fund (UNCDF), recently held a cities and experts workshop on ‘enhancing financing for sustainable urban development’ in Dakar, Senegal. The event took place back to back to the Africa Day organised by the European Investment Bank (EIB) and UN-Habitat, and brought together the organising partners and a range of stakeholders including city leaders and local government officials, urban practitioners, development partners, think tanks and prominent thought leaders in global academia to discuss findings derived from the project ´Supporting the Urban Dimension of Development Cooperation: Enhancing financial positions of cities in developing countries to achieve sustainable urban development´ funded by the European Union.

Ms. Maimunah Mohd Sharif, Executive Director of UN-Habitat opened the workshop by revisiting her time as a former Mayor. ”As a mayor I know, if you don’t have the finance you can talk, but you can’t act.”’ She highlighted the importance of revenue collection’s connection to service delivery and transparency. Furthermore, the Executive Director summoned a call to arms in achieving change where ‘In Penang when I took over, 84% didn’t pay their tax, by the time I left, only 8% didn’t pay their tax.’ 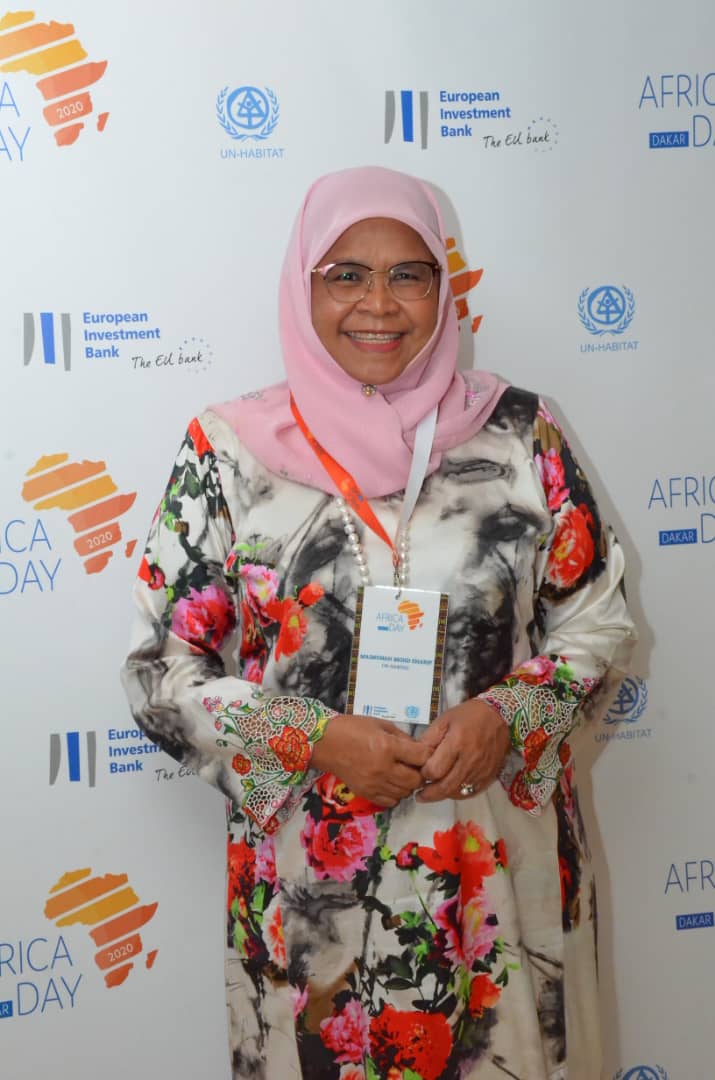 Following this, Mr. Oumar Sylla, Regional Representative for Africa, UN-Habitat, emphasised the importance of land value capture – ‘In Africa, 80% of the land is out of the cadastre’. To enhance the financial position of cities ‘we must understand what are the low hanging fruits’ that we can build change quickly from and from there, start building capacity.

Mr. Lars Gronvald, Team Leader, Urban development, Directorate-General for International Cooperation and Development, European Commission, opened the first session on the project’s findings. He particularly made a note of takeaways from European Investment Bank’s “Africa Day” which took place the day before – namely the ‘need to look at broader urban cost savings in policies around density and the question of funding as well as financing.’

Ms. Astrid Haas, Policy Director of International Growth Centre presented key messages derived from research to understand the past successes and future opportunities in cities of Kampala, Uganda; Dakar, Senegal; Mzuzu, Malawi; and Hargeisa, Somaliland. Those key messages were that a) Cities can (and should) do more to leverage land to finance rapid urbanisation; b) Reforms of administrative systems represent quick wins to increase own-source revenue, without the need to change legislation, c) Leading to external financing or not, creditworthiness reforms can be catalytic for investment and d) Urban support should be demand driven and legislation appropriate.

Mr. Paulius Kulikauskas, Ag. Chief of Office for Europe and European Institutions, UN-Habitat, suggested that urban development is vehicle to achieve top-tier policy goals, such as the Green deal and job creation. He made reference to Professor Sir Paul Collier’s, message from the keynote at the European Parliament’s high level policy session on urbanisation and development: ‘Urbanisation and well managed urban development are opportunities to drive job creation through productivity.’ He further highlighted Professor Tony Venables’ University of Oxford, remarks at the same event: that the ‘in response to the surge of urbanisation in Africa countries must invest in infrastructure in advance’.

The afternoon session included a roundtable of Governors, Mayors and City Directors, moderated by Ishaku Maitumbi, Senior Human Settlements Officer, UN-Habitat. Freetown’s Mayor Yvonne Aki-Sawyerr explained that in her efforts to rebuild the social contract and #TransformFreetown quick wins were necessary, focusing on tangible delivery to justify tax payment. Prof. Peter Anyang’ Nyong’o, Governor of Kisumu, followed, reflecting on the need to plan, not just for urban space but for financing. Kisumu’s recently development spatial plan ‘tell us the do’s and don’ts of using urban space for development. Particularly, what money lies out there in terms of potential financial resources, for example, land rights and business licences.’

Mr. Brian Kondwani Nyasulu, Mayor of Mzuzu, re-emphasised this, highlighting the critical asset of land in Malawi. Fair sharing of this asset between public and private is essential for resource mobilisation. However, a useful reminder that, in reforming this, there are ‘Two sides [...] One is technocratic, the other is political’.

Mr. Samuel Sserunkuuma, Ag. Executive Director, Kampala Capital City Authority reminded that administrative reforms are very effective at raising revenue. But one also needs to ‘tie service delivery to revenues, particularly in KCCA road building efforts.’ Cities must account for the increasing value of property due to proximity to roads. Further to this, administrative change and in enhancing business processes we deliver ‘continuity [which] requires systems and processes to live beyond your office time.’

Mr. Mohamed Hassan Saed, Advisor to the Mayor of Hargeisa, reported that Hargeisa benefitted from its grassroots reach. ‘Everything has started from grassroots, consulting with residents.’. He also distinguished between tax base and tax rate, which Hargeisa is continually driving to improve with ‘coverage is 50% of current registered taxpayers.’ Importantly, the city integrates future urban growth into its spatial and economic planning.

Mr. Mourade Dieye Gueye, Secretary Général, Dakar Municipality, emphasised the benefit of Dakar’s resource mobilisation strategy. ‘Previously, 70% of the budget was devoted to expenses. Now 60% or more to investment and the rest to operations. We moved from operating mode to investment mode.’

Final sessions were moderated by Mr. Mathias Spaliviero, Senior Human Settlements Officer, UN-Habitat and Mr. David Jackson, Director of Local Development Finance, UNCDF, respectively. Cross-city learning, shared lessons and plans for future made unique conversations. KCCA’s Director of Revenue Mr. Robert Nowere concluded ‘the sessions were very useful. Both to know what we are doing well but to also learn from others.’ Hargeisa’s Mayor Mr. Abdirahman Mohamed Ayidid gained ‘a new understanding of the merits of strengthening the financing position of his city.’ Excitingly Freetown’s Mayor Yvonne Aki-Sawyerr straight away in a side meeting ‘used the learnings from what you [the workshop] said about other cities and their experiences with bonds to engage with investment partners and ask them about various considerations we had not thought about’. Mr. Alioune Badiane, President Urban Think Tank Africa closed with remarks on the importance of cross-city learnings from the presentation of Dakar’ municipal bond and the importance of creditworthiness initiatives. However perhaps most vital was Peter Anyang’ Nyong’o, Governor of Kisumu, with a final intervention ‘the time is now’.

After the workshop, Mr. David Morgant of the EIB noted that The European Investment Bank ‘had learnt a lot and urbanisation was firmly on the agenda.’