Douala, Cameroon, 19 July 2021 – The government of Cameroon, representatives of an under-developed commune in the country, and the international humanitarian community will soon benefit from improved data collection and analysis that could improve living conditions on the ground and alleviate socio-economic tension in the African nation.

Stakeholders at an urban infrastructure planning workshop, organized last week by UN-Habitat and the City Council of Douala IV and sponsored by the Swiss State Secretariat for Economic Affairs (SECO), will meet again later this year. The task then would be to review the collected data and spatial analysis to work towards a multi-sectoral vision for addressing challenges related to migration, urban planning and the provision of basic services and infrastructure.

The workshop was organized by UN-Habitat’s Urban Planning and Infrastructure in Migration Contexts project (UPIMC), a program launched in Cameroon, Egypt, and Jordan. 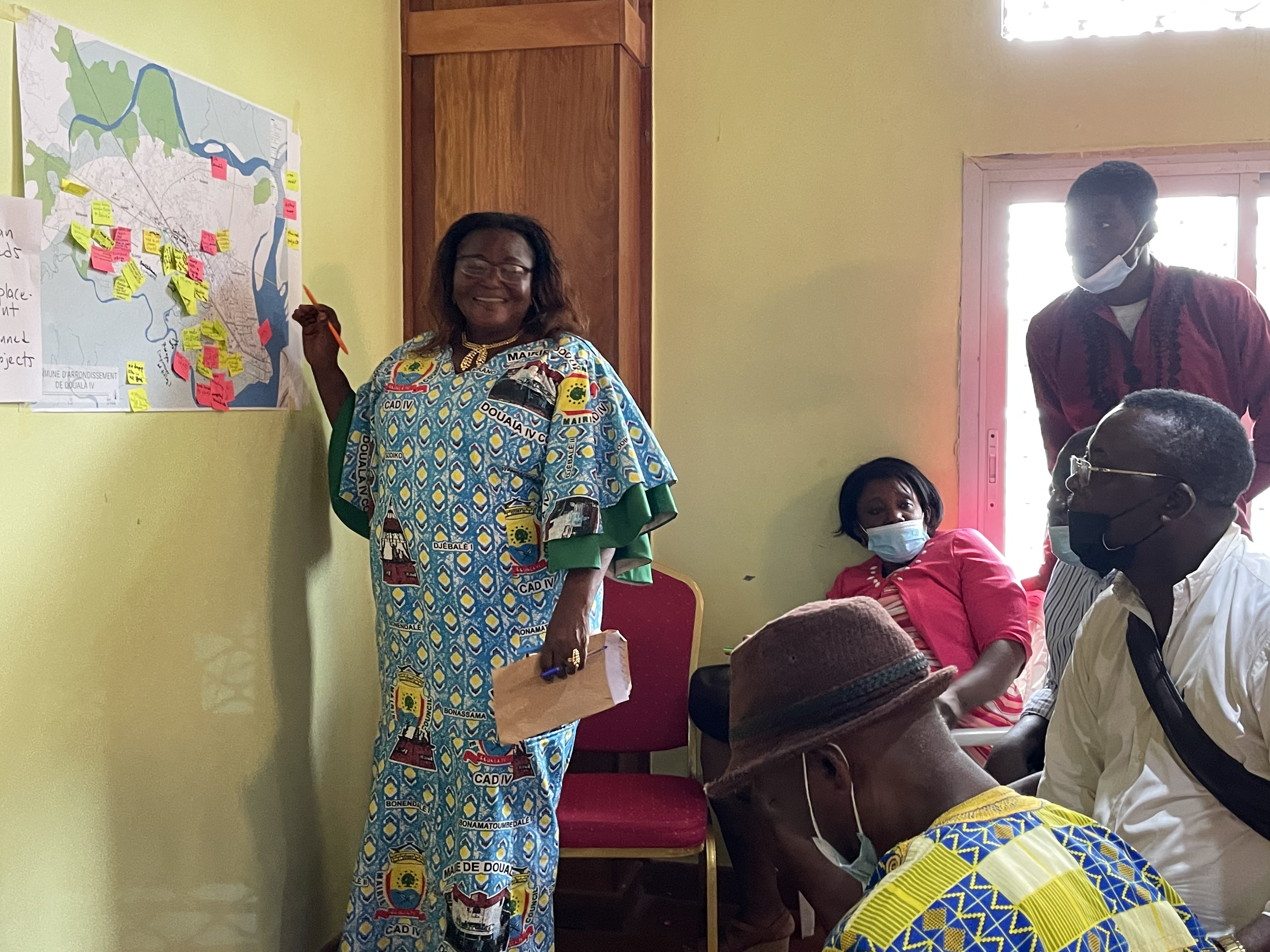 “The UPIMC programme provides a critical opportunity to shift how we think about the growth and sustainable development of cities. Faced with rapid urban growth due to displacement, rural-urban migration and natural demographic trends, in conjunction with the pervasive impacts of climate change, municipalities worldwide are struggling to provide residents with safe and secure access to basic urban services and dignified livelihoods,” said Helen Elizabeth Yu, UN-Habitat’s UPIMC Cameroon coordinator.

“Mainstreaming migration challenges – including addressing the settlement of vulnerable populations in high-risk areas – into spatial urban analytics is at the core of the urban profiling work being carried out over the coming months,” she added.

The data to be collected before the next workshop in Douala will also be used to identify future projects and investment opportunities that would result in the rapid integration of displaced populations and an overall improvement in the commune’s development process.

Municipal services in the City of Douala, with an estimated population of 3.3 million, have been challenged by an influx of internally displaced persons (IDPs), projected at 28,000 in 2019, the last year for which figures are available. At that level, the city hosts nearly 52 per cent of the IDPs in the region.

During the July workshop, exchanges between the participants provided a broader understanding of current opportunities and constraints faced by both IDPs and host communities in Douala IV. Major themes included limited or constrained access to housing, employment and basic and social services.

Attendees also pointed to overcrowding, insufficient road and market infrastructure, limited access to public schools and healthcare facilities and the construction of homes in wetland areas.

The meeting was also attended by local technical representatives from line ministries, the City of Douala, the Commune of Douala IV (Bonabéri), humanitarian agencies (OCHA, UNHCR), institutional partners, as well as representatives of the IDPs and host communities in Douala IV.