Tyre, often referred to by its Arabic name of Sour, is a harbour city well recognized for its mercantile activity throughout the Mediterranean since ancient Phoenician times. Located in Lebanon’s South Governorate 83km south of the capital Beirut and 26km north of the country’s southern border, Tyre is considered Lebanon’s fourth largest coastal city, and is characterised by its wealth of sites of archaelogical and natural significance. 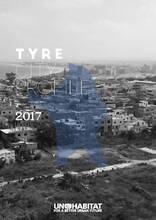