Tracking public services: In Brazil there is an app for that

+ Download the response plan + View the COVID-19 Appeal
"There is no better source for a city diagnosis than the citizens who live in that city."

In Brazil residents are using their phones to diagnose and track repairs and policy implementation in their cities. The mobile and web application was developed jointly by UN-Habitat and Colab, a Brazilian start-up. The data gathered through the app guides local authorities and decision-makers to act on policies and respond to the challenges of urbanization in an inclusive and integrated manner.

“There is no better source for a city diagnosis than the citizens who live in that city,” said Igor Hemmings, a 25-year-old manager in the city of Caçapava who participated in the innovative consultative process.

Close to 10,000 respondents in over 820 cities in Brazil submitted their views on transparency, accountability and progress being made by their city leaders towards implementation of the Sustainable Development Goal (SDG) 11. This goal seeks to make cities and human settlements inclusive, safe, resilient and sustainable.

“It is fundamental to listen to the population and capture their ideas about how their city is evolving towards SDG 11 and allow more accurate and collective analysis of the reality of Brazilian cities,” said Claudio Acioly, Head of Capacity Development Unit of UN-Habitat.

Colab CEO and co-founder Gustavo Maia emphasized the value of citizen participation as well as transparency in improving public services. He noted, “The technology ensures that dialogue with the population happens quickly and efficiently. It also allows the results of this conversation to be measured, which facilitates evaluation of public managers’ performance.” 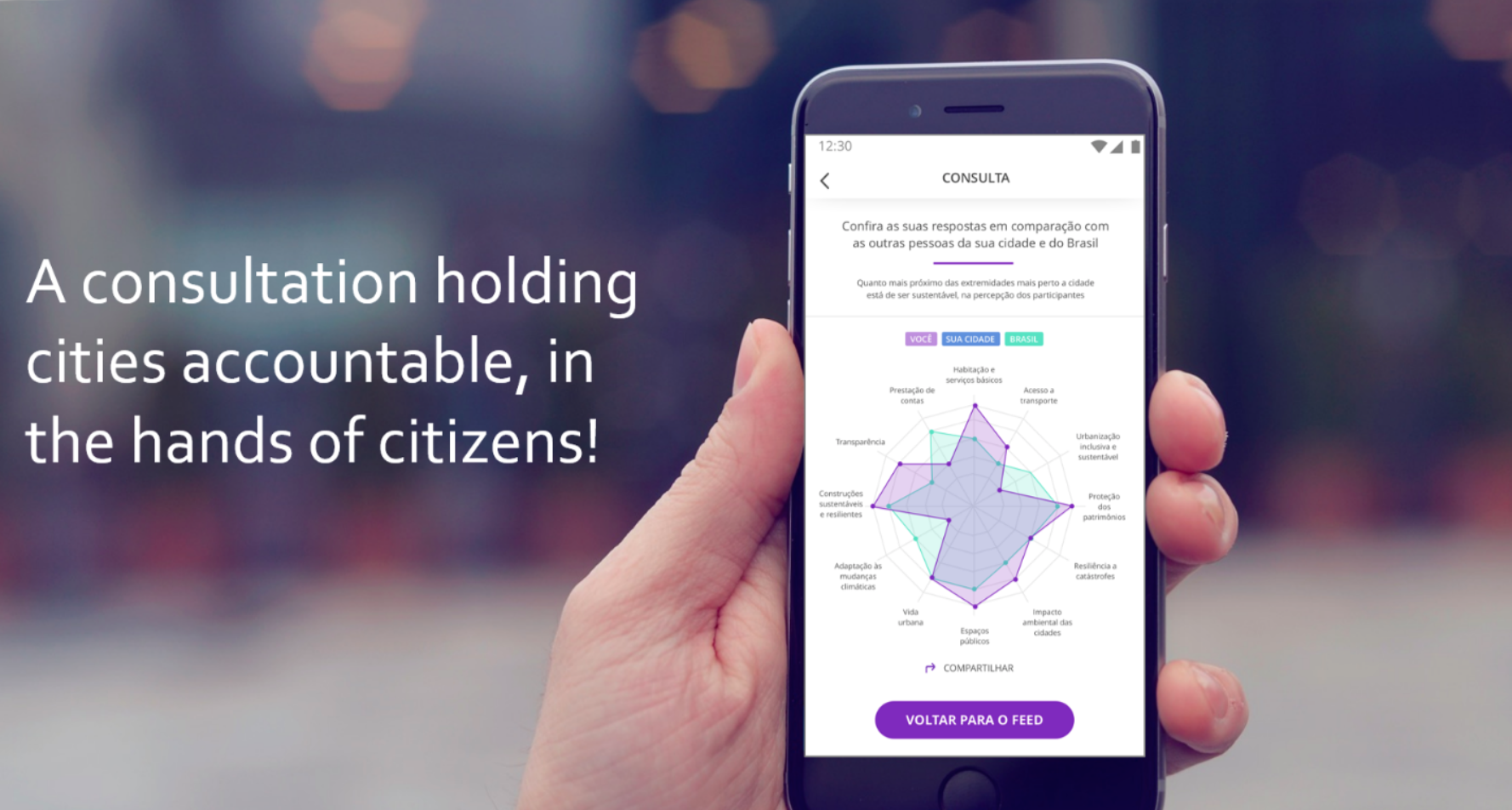 After the results of the consultation were released, Rede Globo, Brazil’s largest television broadcaster showcased the initiative in their news segment. Since then, two Brazilian cities, Belo Horizonte and Niterói, have adopted the app as an official means of consultation with citizens, and the National Federation of Municipalities in Brazil has endorsed it as a tool for increasing citizen engagement in local governance. Beyond Brazil, the initiative was featured in the quarterly edition of the United Nations Innovation Network’s 2018 Report, as well as UNDESA's SDG Good Practices and Success Stories on SDG Implementation.

This initiative is part of the wider Accountability Systems for Measuring, Monitoring and Reporting on Sustainable City Policies in Latin America project being implemented by UN-Habitat and the Economic Commission for Latin America and the Caribbean (ECLAC), with funding from the UN Development Account.

UN-Habitat works for a better urban future. Working in over 90 countries, the United Nations programme for human settlements promotes the development of socially and environmentally sustainable human settlements and strives for adequate shelter with better living standards for all. UN-Habitat’s mission is to promote transformative change in cities and human settlements through knowledge, policy advice, technical assistance and collaborative action, leaving no place and no one behind.