Following the success of the first season, which to date has gathered over 25,400 views and is one of the most shared outreach initiatives of UN-Habitat, the second season of the ‘Global Urban Lectures’ continues with 8 new top speakers working with UN-Habitat in the urban arena.

The urban lectures is a free resource of 15 min video lectures, including synopsis, biographies and additional reading materials, open to use for academic, professional or personal purposes. Meeting the requests, this season also brings the opportunity to download the series as MP3s, to listen to on the go. The first lecture in the series is the Executive Director of UN-Habitat, Dr. Joan Clos, talking about the Principles of Planned Urbanization.

Find the trailer to the series here.

See short introductions to the current speakers and themes, and links to the full lectures below.

In this lecture, Dr Clos discusses planned versus spontaneous urbanization, the issues this entails and three concrete principles for planning sustainable cities. Together they form a three-legged approach to sustainable urbanization.

Jane Weru, Executive Director of Akiba Mashinani Trust,in her lecture “Too Pressed To Wait” discusses the water and sanitation hygiene systems in informal settlements in Nairobi, and how they are causing a strain on both the physical and psychological health of people who live and work in these settlements, in particular women and girls.

Addressing Global Land Challenges’ aims to introduce the land challenges facing the planet, and some of the solutions for creating sustainable cities associated to the land issue.

Michael Cohen, The New School, in this lecture illustrates data about economic growth that demonstrate how cities act as engines of national economic development.

This lecture is based on the realization that little attention is being paid to the inexorable increase in urban populations, particularly in very low income countries. Buckley argues that industrial coordination problems are no doubt important, but so too is the avoidance of increasingly dysfunctional cities.

In this lecture Marja Hoek Smit argues that housing finance is critical to solve the housing problem, increasing, as it does, the number of households that can afford to acquire a house in the formal market, which in turn will make large scale development of middle and lower middle income housing possible.

Chris Jefferies, Urban Drainage System Expert, in this lecture addresses the need to reduce the impact of city development of flooding on residents and in other places, and the worsening of the water quality in streams, rivers and lakes caused by the expansion of cities.

In this lecture Peter Ward from The University of Texas at Austin presents data drawn from a nine-country/eleven city collaborative study that examines self-built housing in old established low-income neighborhoods formed 25-40 years ago. 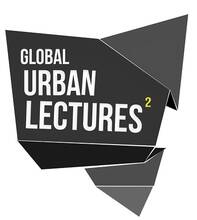